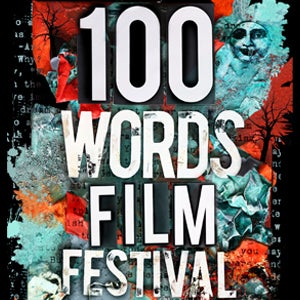 “The only film festival that doesn’t outstay its welcome.”

The 100 WORDS FILM FESTIVAL is an annual event that celebrates the art of concise cinematic storytelling. Sponsored by the Knight Foundation, our inaugural event launches on November 22, 2014 at the McGlohon Theater in uptown Charlotte.

Documentary, horror, comedy, and everything in between, each film unfurls a compelling tale using only 100 words. It’s a game-changing film platform built specifically for today’s fast-paced world.

Susie Films initially developed the 100 Words platform to tell the stories of our commercial and non-profit clients. We’ve had great success and realize that the format can be used much more broadly.  The 100 Words Film Festival offers a fresh approach to the world’s increased appetite for quality short-form content.

“100 Words is democratizing filmmaking and improving storytelling,” says Scott Galloway, Susie Films, 100 Words on Festival Founder. “We meet young filmmakers every day and are amazed at their technical abilities. But while they’re skilled at graphics and editing, their storytelling lags. The heart of any film is the ability to tell a compelling narrative. 100 Words leads filmmakers to focus, economize, be pithy. It’s a celebration of the fastest-growing, most exciting category of filmmaking today – the short - in its purest form.”

The inaugural festival on November 22, 2014 showcases a wide variety of stories that provoke, entertain, and inspire. Presenting exclusive premieres from filmmakers from around the world, it’s sure to become a can’t miss event for the entire community