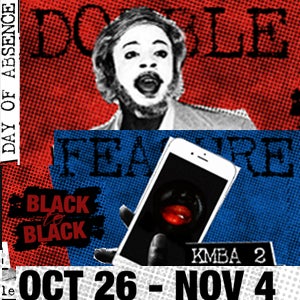 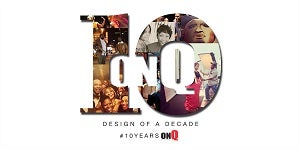 To kickoff its 10year Anniversary Season, OnQ presents A Blackbuster Doubleheader with Two black to black One-Acts, the classic, Day of Absence and an original, Kiss My Black Angst.

OnQ kicks off its 10th Year Anniversary with Productions brings the critically acclaim, Day of Absence by Douglas Turner Ward. This play, set in 1963 at the height of the civil rights movement,  starts off in a sleepy southern town during the Jim Crow era. Its white citizens are ready for another day for business as usual, till they realize that all of their black citizens have disappeared without a trace. The town eventually falls into panic and the outcome is that the town will never be the same again. Artistic Director, Quentin Talley, directs this satirical one act.

Want to know why "those people" are STILL so wound up about race? You’ll see when OnQ Performing Arts Inc. and the ever fictitious Media Omni, present to you the NEW face of KMBA! The KMBA 2 app! Join us for a live beta test of the app you simply MUST have on your phone, once we've worked out the kinks! There will be compelling reality shows like "The Real Hoteps of The Queen City" and "Cinnamon Love"! World premier visual albums from irrelevant 80s musicians! The Brunch Club radio show brought to you exclusively in CP time and much much more! This live beta test is available for a limited time only so get your ticket TODAY so you don't miss the opportunity to see Ryan Lochte Whitesplain the secret of his success in front of a LIVE audience! What are you waiting for! Get your tickets ... NOW!