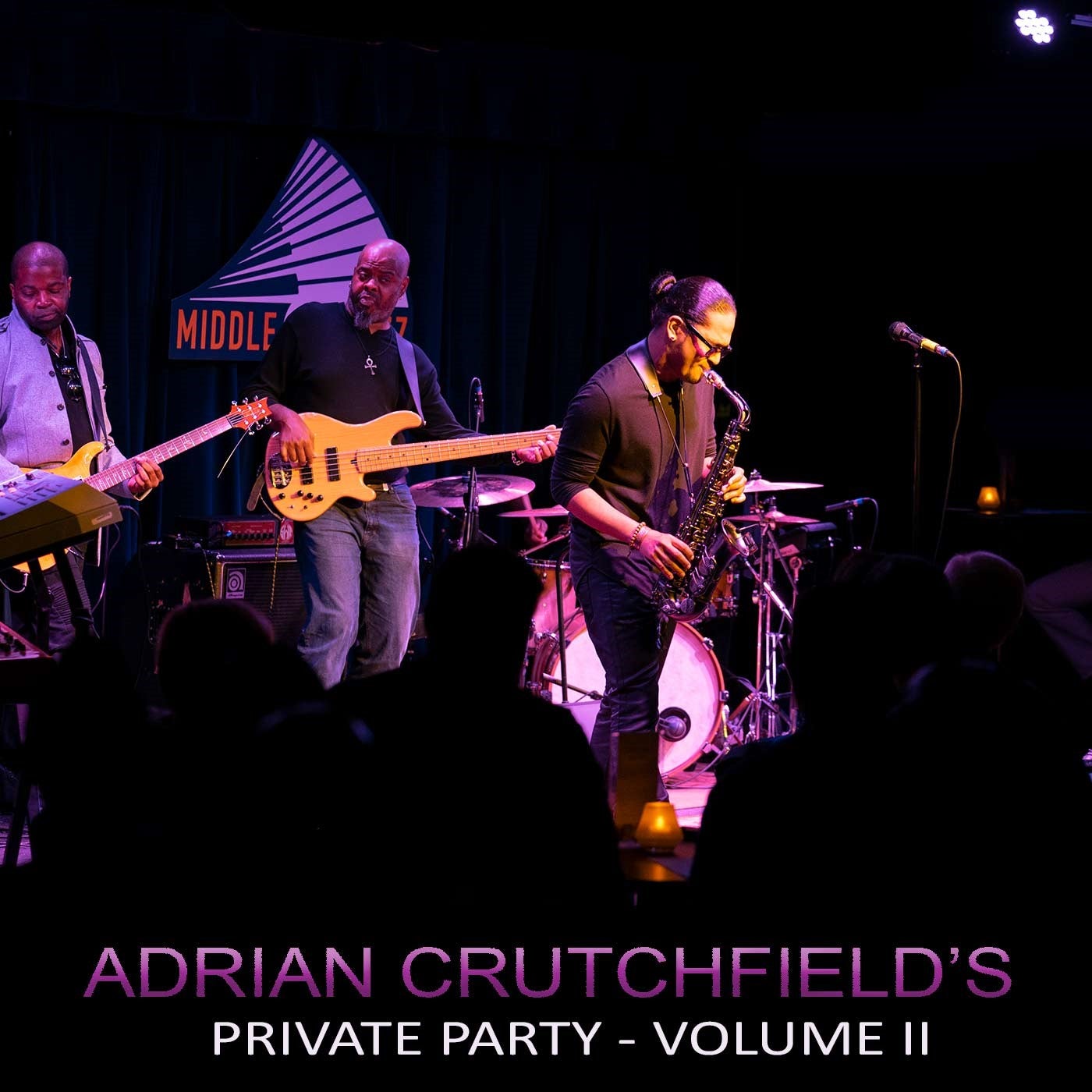 Join us on Saturday April 17th for Jazz N Soul Music’s first theater event of the year! Adrian Crutchfield's Private Party Volume II is a live up-tempo experience designed with the live music connoisseur in mind! Performance will include a dynamic tribute to Prince!

Adrian Crutchfield is known around the world for his neo-soul sound – creating music in a variety of genres such as jazz, R&B, pop, funk, soul, hip hop, and fusion. His high energy show brings a diversity to jazz never seen before with music for every generation! Adrian takes pride in bringing a new and powerful sound, merging jazz with today’s pop and hip hop.

Adrian Crutchfield has taken the world by storm in recent years, not only as the last sax player to perform and record with Prince, touring the world and being featured on Prince’s last three albums, but also touring domestically and internationally with acts such as Lionel Ritchie, Bette Midler, and Cee Lo Green.

Saunders Sermons II is an American singer, trombonist, song writer and a two-time Grammy Award Winner. Since his early days in Florida, Sermons has grown to become an established independent artist with an admirable music career. As a trombonist, Sermon’s vocals & trombone can be heard on Tedeschi Trucks Bands single “Part Of Me.” He has performed with hip hop and R&B icons such as Snoop Dog, along with Jay-Z and Mary J. Blige.

Sermons has been a member of the Tedesci Trucks Band since 2010, a role that has earned him a second GRAMMY award.

R&B/Soul singer, Ke’Andra Davis, started her musical journey as a singer/songwriter with church and 90’s R&B influences. Growing up in Fort Lawn, South Carolina, Ke'Andra has learned that dreams do not come true by simply wishing. She's made it her business to take responsibility of her musical destination.