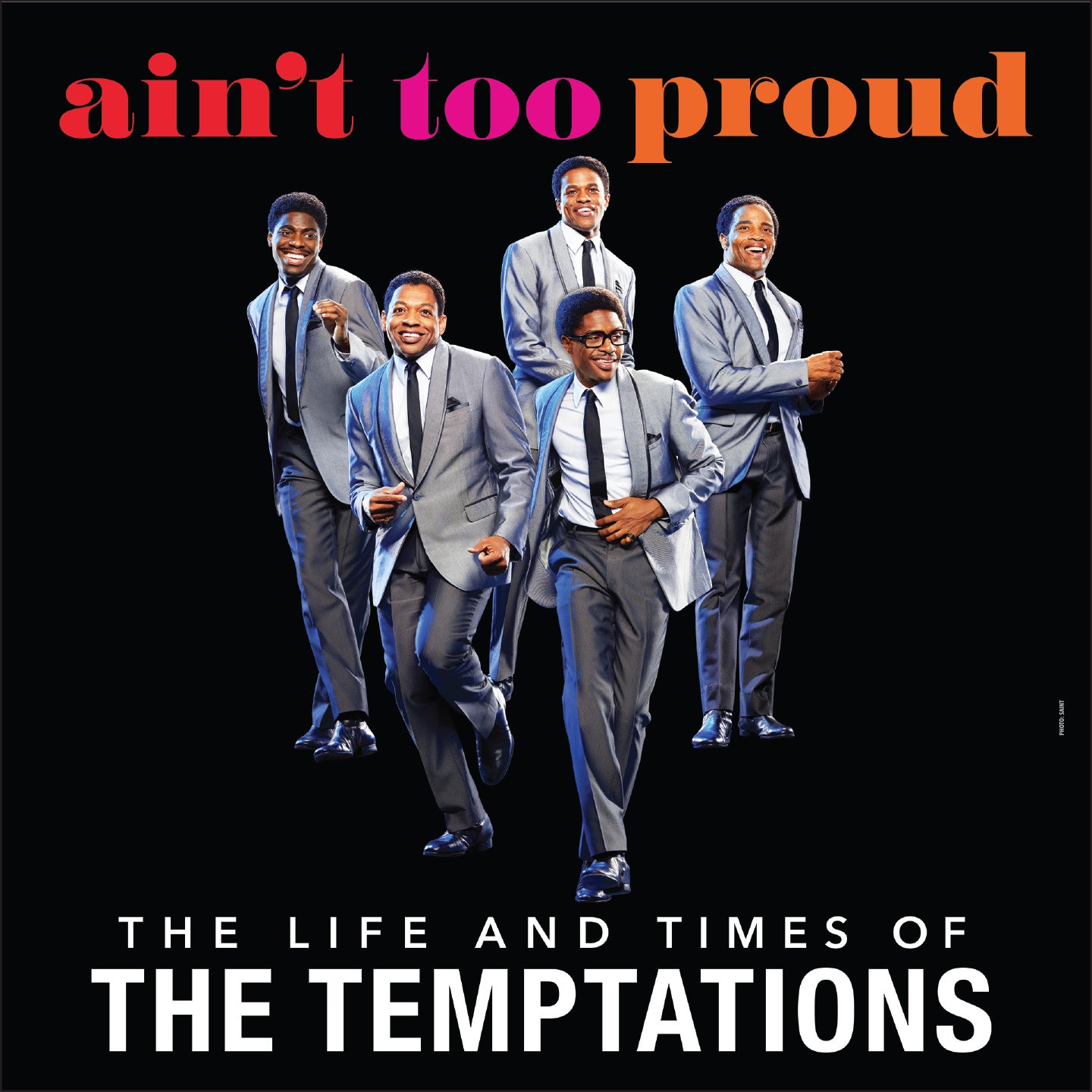 Ain't Too Proud – The Life and Times of The Temptations

Ain't Too Proud – The Life and Times of The Temptations is the electrifying, new smash-hit Broadway musical that follows The Temptations’ extraordinary journey from the streets of Detroit to the Rock & Roll Hall of Fame. With their signature dance moves and silky-smooth harmonies, they rose to the top of the charts creating an amazing 42 Top Ten Hits with 14 reaching number one.

Nominated for 12 Tony Awards, Ain't Too Proud tells the thrilling story of brotherhood, family, loyalty, and betrayal, as the group's personal and political conflicts threatened to tear them apart during a decade of civil unrest in America.

The unforgettable story of this legendary quintet is set to the beat of the group’s treasured hits, including “My Girl,” “Just My Imagination,” “Get Ready,” “Papa Was a Rolling Stone” and so many more.

Audio Description will be provided at the 1:30 performance on Sunday, July 30.

ASL services will be provided at the 1:30 performance on Sunday, July 30.