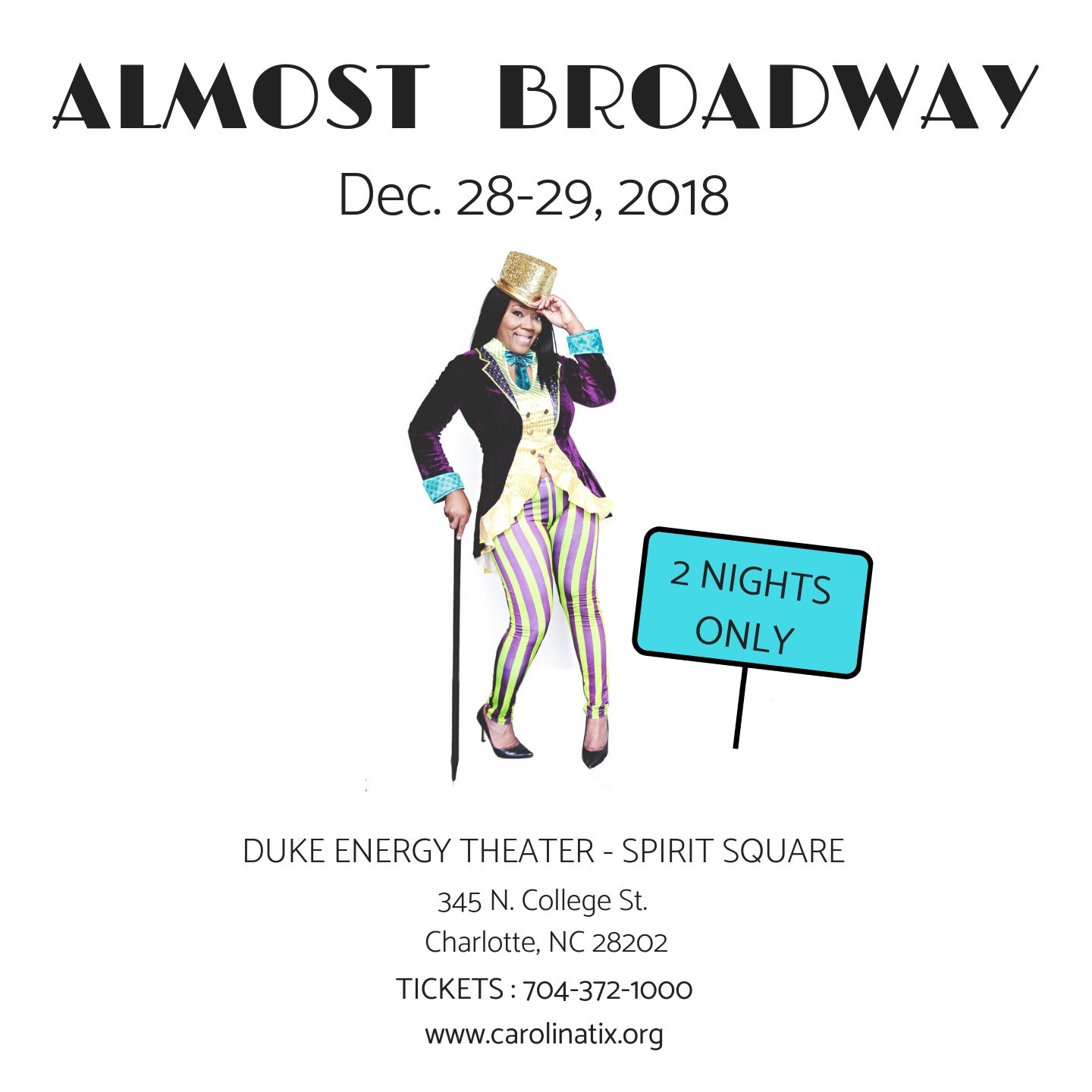 WHY WAIT FOR AN OPPORTUNITY? CREATE YOUR OWN!

Back by popular demand, Gina Robinson stars in her musical production "Almost Broadway!"  at the Duke Energy Theater - Spirit Square for  TWO NIGHTS ONLY! .

Join Gina and her cast and sing along as she revisits her musical journey to discover the origins of her love for Broadway. Performing 30 plus songs back to back from some of Broadways' greatest musicals, the cast will take you on a musical journey  with songs from "Hamilton," "The Sound of Music," "Motown: The Musical," "West Side Story," “Jersey Boys”, "Waitress," “Chicago,” “Momma Mia” and so many more!

Gina's  theater experience started in summer stock at the Jenny Wiley Theater in Prestonsburg, KY where she starred is such musicals as "Anything Goes," "The Jenny Wiley Story," "Big River" and "The Wizard of Oz." She moved on to tour nationally with David Paytons' musical "When A Woman's Fed Up!" where she shared the stage with the likes of Glenn Jones, Lenny Williams, Shuckey Duckey, Bernadette Stanis, Dorothy Norwood, CeCe Penniston and Desmond Pringle. Other regional musicals include "Just Be A Man About It", "The Wiz," "Dreamgirls," "Ain't Misbehavin" and "If You Cook, I'll Clean."

Gina's debut gospel CD "RELEASE" was produced by two-time Grammy Award, Stellar Award and Dove Award Winner Cedric Thompson. She's been featured on several radio and television shows and has even hosted her own television show titled "Gospel Tyme w/Gina."  Gina was featured in Jet Magazine's article "Women With Powerful Voices Making a Difference Through Song." She has also opened the show for such legends as The Four Tops, The Temptations, Gladys Knight & The Pips and Tramaine Hawkins.