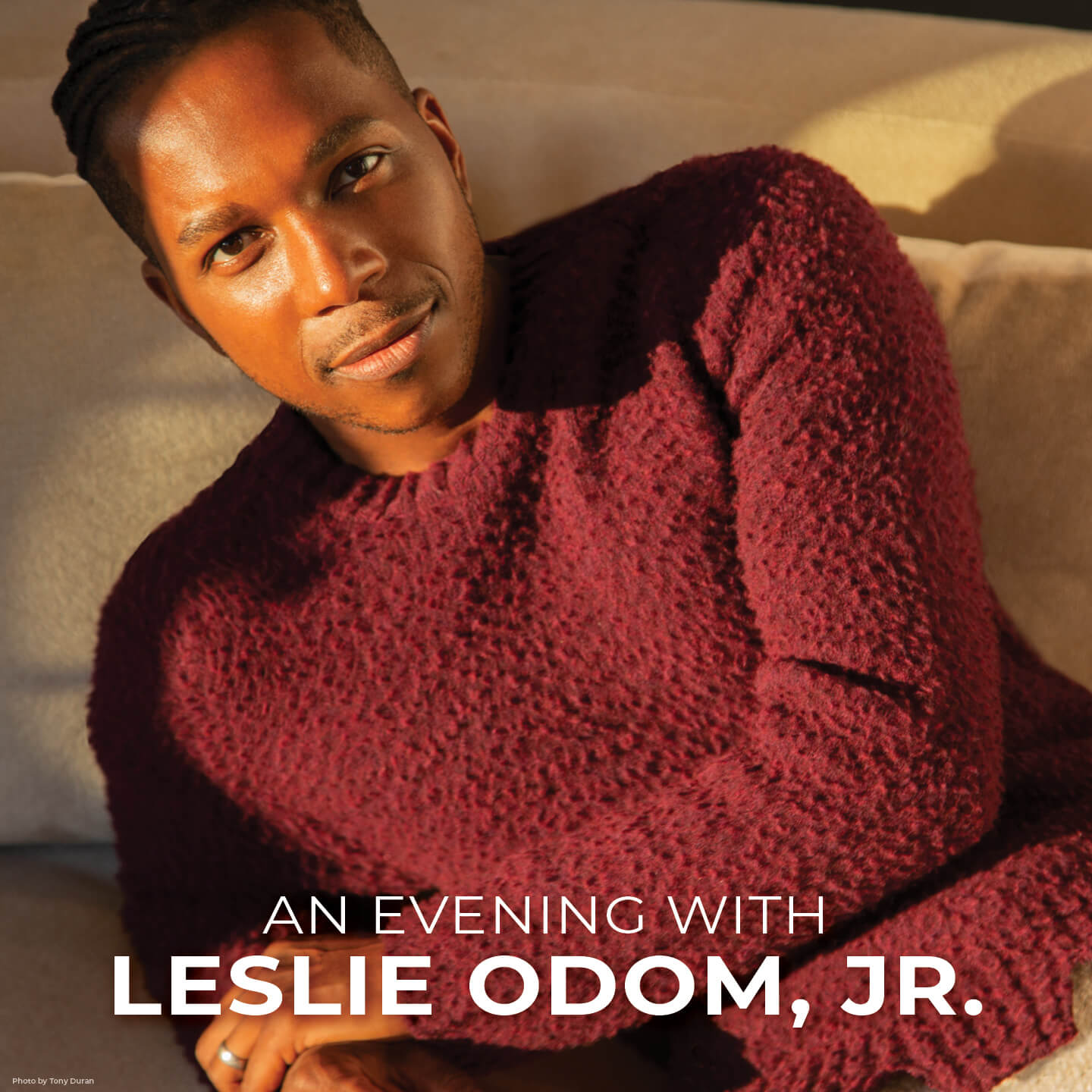 An Evening with Leslie Odom, Jr.

Leslie Odom, Jr. is a multifaceted Tony and Grammy Award-winning, three-time Emmy and two-time Academy Award-nominated vocalist, songwriter, author, and actor. With a career that spans all performance genres, Odom has received recognition for his excellence and achievements in Broadway, television, film, and music. He can currently be seen in Rian Johnson’s critically acclaimed Knives Out sequel, Glass Onion: A Knives Out Mystery, streaming worldwide on Netflix. Odom is currently in production on the highly anticipated sequel to the original iconic film The Exorcist. The film is scheduled to be released in October 2023. In 2020, Odom starred as legendary singer Sam Cooke in the award-winning Amazon film adaptation of One Night in Miami…, directed by Regina King. His portrayal of the soul icon and musical performance of original song “Speak Now” was met with widespread praise and critical acclaim, earning him multiple awards and nominations. He also starred in The Many Saints of Newark, a prequel to David Chase’s award-winning HBO series The Sopranos, released in October 2021. Well known for his breakout role as ‘Aaron Burr’ in the smash hit Broadway musical Hamilton, Odom hosted “The Tony Awards Present: Broadway’s Back!” on CBS in September 2021 (2022 Emmy nomination). Additional film and television credits include Apple TV+’s Central Park (2020 Emmy nomination), Hamilton on Disney+ (2021 Emmy nomination), Abbott Elementary, The Proud Family: Louder and Prouder, Love in the Time of Corona, Harriet, and many more. He is a BMG recording artist and has released four full-length albums. Co-written with Nicolette Robinson, Odom’s first children’s book, I Love You More Than You'll Ever Know, will be published by Feiwel & Friends on March 28, 2023.