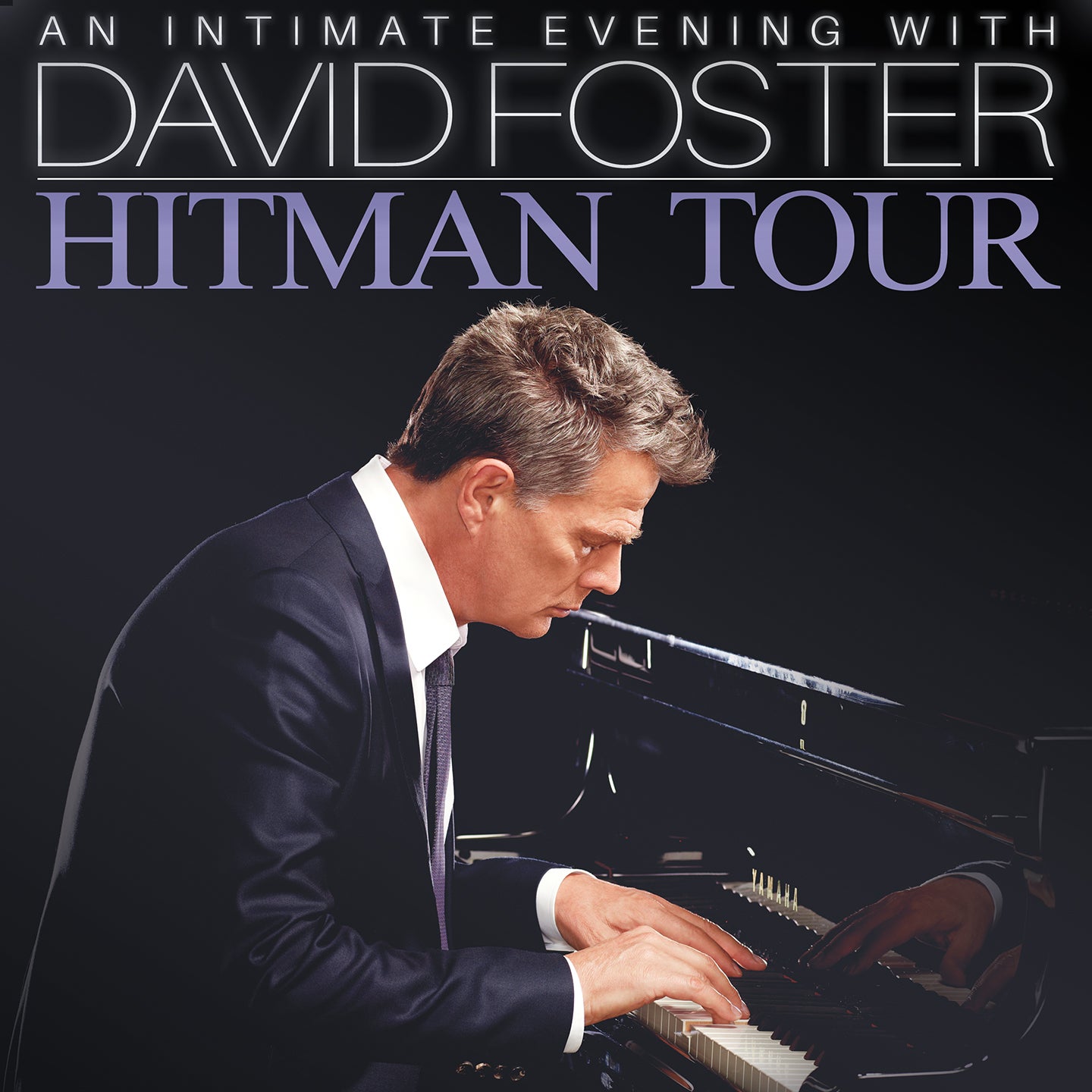 This event was originally scheduled for April 27, 2020.

“I believe that everyone gets three rounds in their life,” says musician, songwriter, composer, arranger, producer, and recording artist David Foster. “For me, two are completed and I’m on to Round Three. I think you have to change it up every round. My mantra is retreat and attack in another direction, which I’ve done twice. Now I'm going to do it again.”

Foster’s first round was as a studio musician, arranger, and recording artist. His second round was becoming one of the most successful songwriters and record producers in history — shepherding albums that have collectively sold in the hundreds of millions.

For his third round, Foster is gearing up to take on Broadway with several projects. These include writing the music for a new musical about the iconic, animated character Betty Boop, which will be directed by Tony Award-winner Jerry Mitchell.

As one of the most illustrious composers of our time, Foster’s skill set of creating hits, writing indelible melodies, and building dramatic moments, has primed him for this third round. “I think Broadway and I are a perfect fit," he says. “The story becomes the co-writer. It’s a new adventure and creative outlet for me that I’ve always believed I could do and now it's become a reality. It’s also exciting because, as a producer, I've spent 35 years in a room with no windows, churning out music. Now I plan to immerse myself in New York theater culture and learn the ropes slowly, and I'm not afraid of that.”

For his remarkable work, Foster has won 16 Grammy Awards, including three for Producer of the Year, an Emmy Award, a Golden Globe, and racked up three Oscar nominations for “Best Original Song.” He has also earned a reputation as a keen spotter of new talent, playing a key role in the discovery and career launches of Celine Dion, Josh Groban, and Michael Bublé.

Katharine McPhee regrets she will not be able to perform in Charlotte due to an unavoidable scheduling conflict. While she’s disappointed to not to be performing, she is still excited for you to all see this fantastic show.