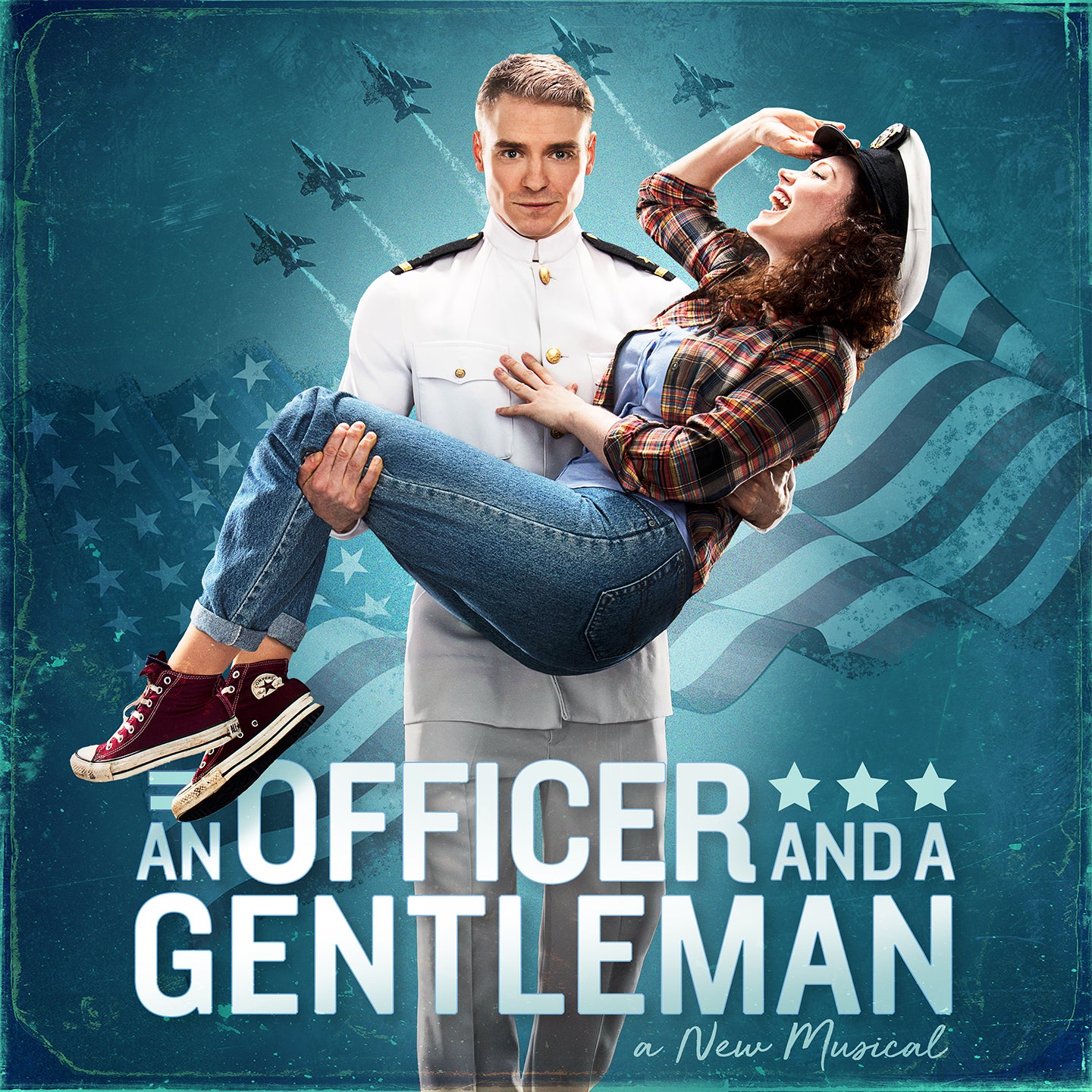 An Officer and a Gentleman

A sweeping romance that lifts you up where you belong!

AN OFFICER AND A GENTLEMAN, based on the Oscar-winning film starring Richard Gere, is a breathtaking production that celebrates triumph over adversity and includes one of the most iconic and romantic endings ever portrayed on screen. Featuring the Grammy Award winning, #1 hit single ‘Up Where We Belong’, and a score based on the 1980’s catalogue of music that gave voice to a generation, the live stage production is a new adaptation by multiple Tony Awards nominee Dick Scanlan (Thoroughly Modern Millie, Everyday Rapture), based on the original screenplay by Douglas Day Stewart. The musical is directed by Scanlan with choreography by Patricia Wilcox (Motown, A Night with Janis Joplin).
Zack Mayo’s got smarts and a body built for US Navy pilot boot camp, but he also has too much swagger… until he meets a drill sergeant who’s determined to drill his arrogance out of him. Zack finds comfort in the arms of a local factory girl. But it isn’t until tragedy befalls a fellow candidate that Zack learns the importance of love and friendship, and finds the courage to be his best self and win the heart of the woman he loves.

Audio Description will be provided at the 1:00 performance on Sunday, December 12.

ASL services will be provided at the 1:00 performance on Sunday, December 12.