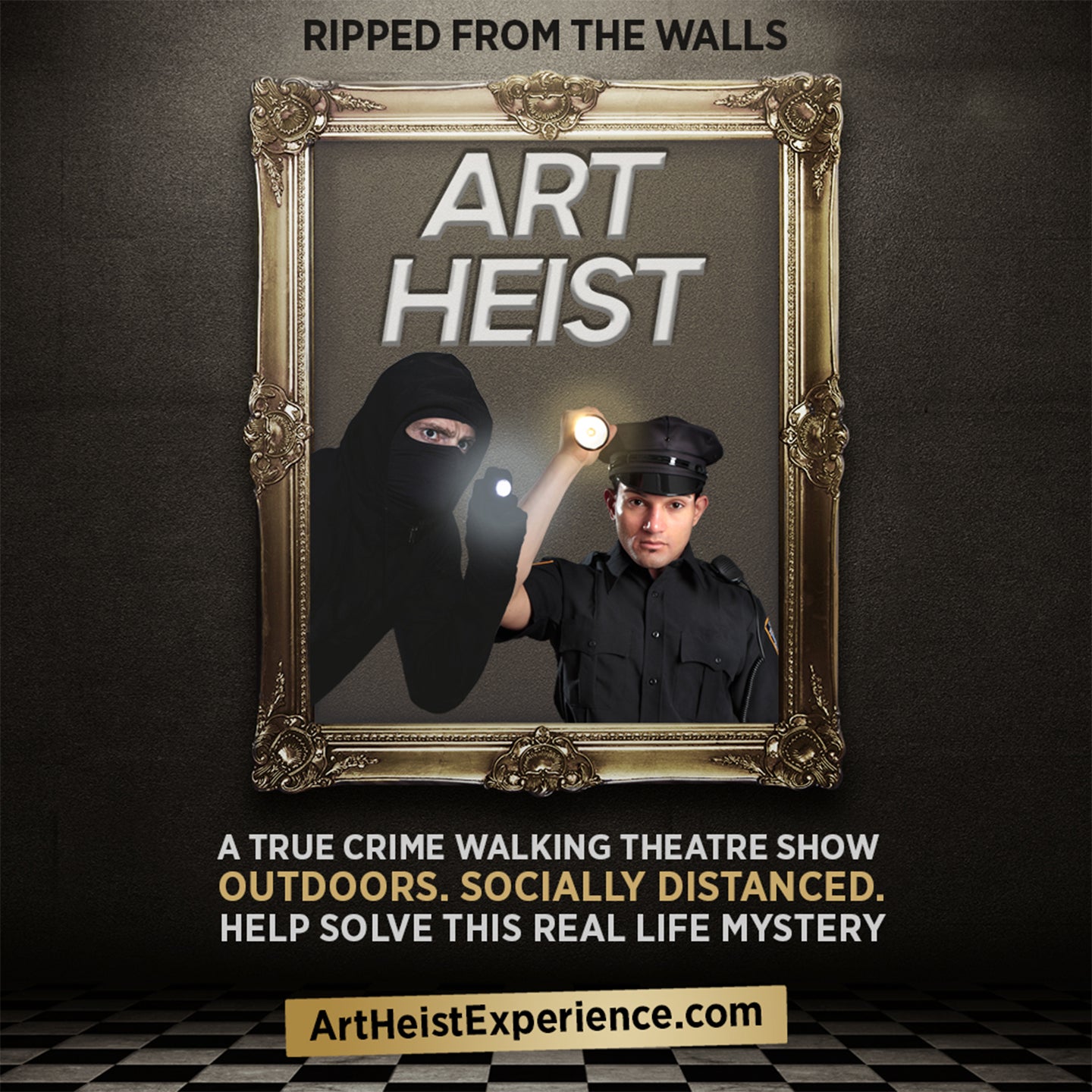 Put your sleuth skills to use as you solve a ripped-from-the-walls, real-life master robbery of thirteen works of art, valued at half a billion dollars.

Based on a true story of the world’s biggest art caper, Art Heist is a true crime walking show where socially distanced groups move through five walkable locations in uptown Charlotte to gather clues. The amateur gumshoes interact with a wild group of wily career criminals, slimy con men, rumpled art recovery specialists, a possible inside man, a gentle psychopath, and the larger-than-life self-proclaimed "Greatest Art Thief of All Time."

The story is based on the biggest art heist in history that took place on March 18, 1990, when two thieves disguised as police officers entered Boston’s Isabella Stewart Gardner Museum in the middle of the night, telling guards they were investigating a disturbance. Thirteen works of art including paintings by Rembrandt, Vermeer and Manet were stolen. The $500 million pieces as well as the robbers remain at large today.

Actors, through conversations and scenes, will reveal clues to the detective audience that lead them on their way... but a red herring or two might present itself. No two performances will ever be the same as the actors improvise with every interaction. Sharp sleuths will guess who the liars are, hopefully solving the case of the century.