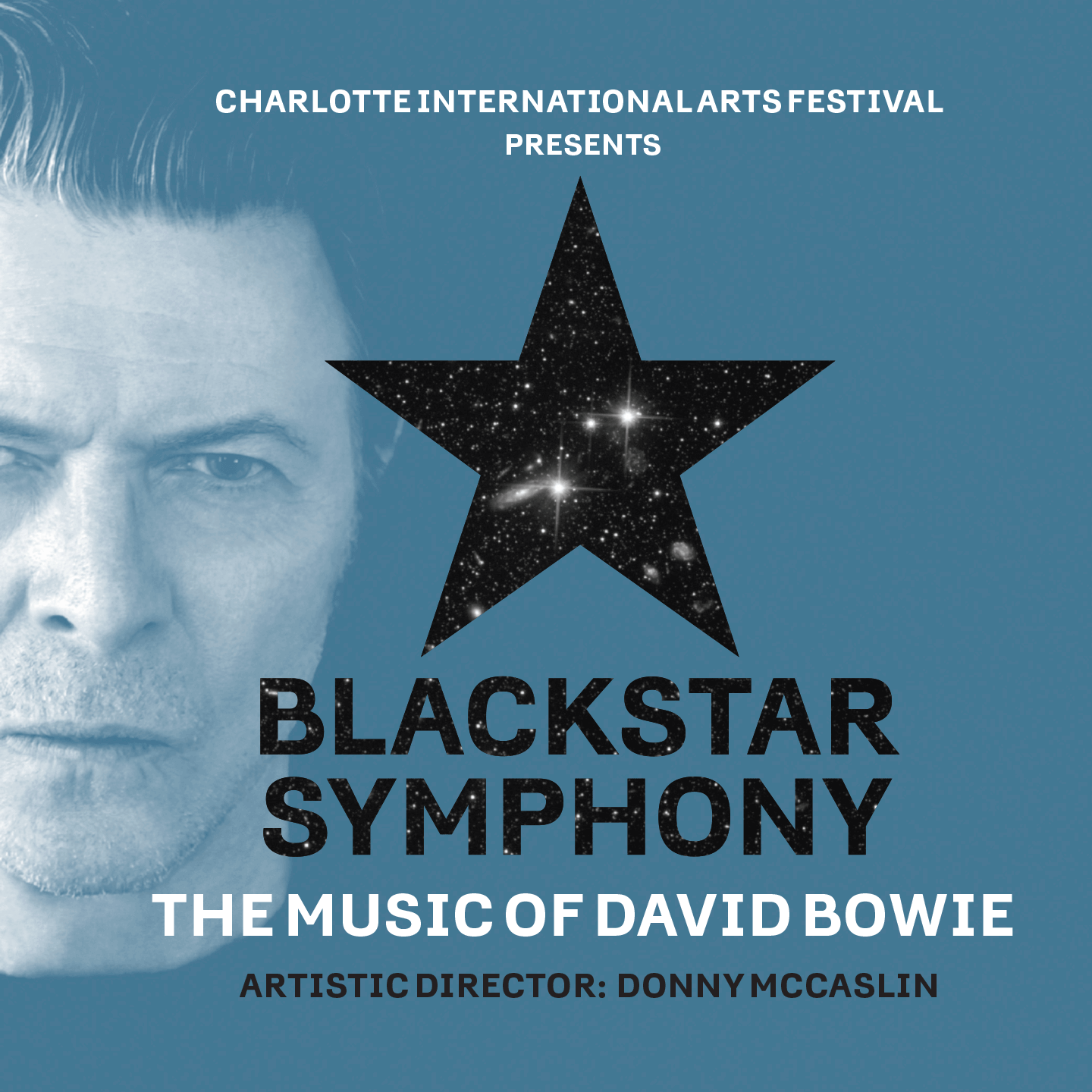 A collaboration between BLACKSTAR SYMPHONY Artistic Director Donny McCaslin and The Charlotte Symphony Orchestra, led by Conductor Tim Davies, the concert is a unique and singular interpretation of the music of Blackstar, Bowie’s final album, which was released two days before his death in 2016.

Donny McCaslin was Bowie’s musical partner and saxophone player on the original Blackstar recording. He conceived the idea to re-imagine Bowie’s work for a full symphonic orchestra, performing along with his jazz quartet and two vocalists.

Actor, playwright, screenwriter, and director John Cameron Mitchell – best known as the creator and star of the 2001 film Hedwig and the Angry Inch, will be joining BLACKSTAR SYMPHONY as a guest artist.