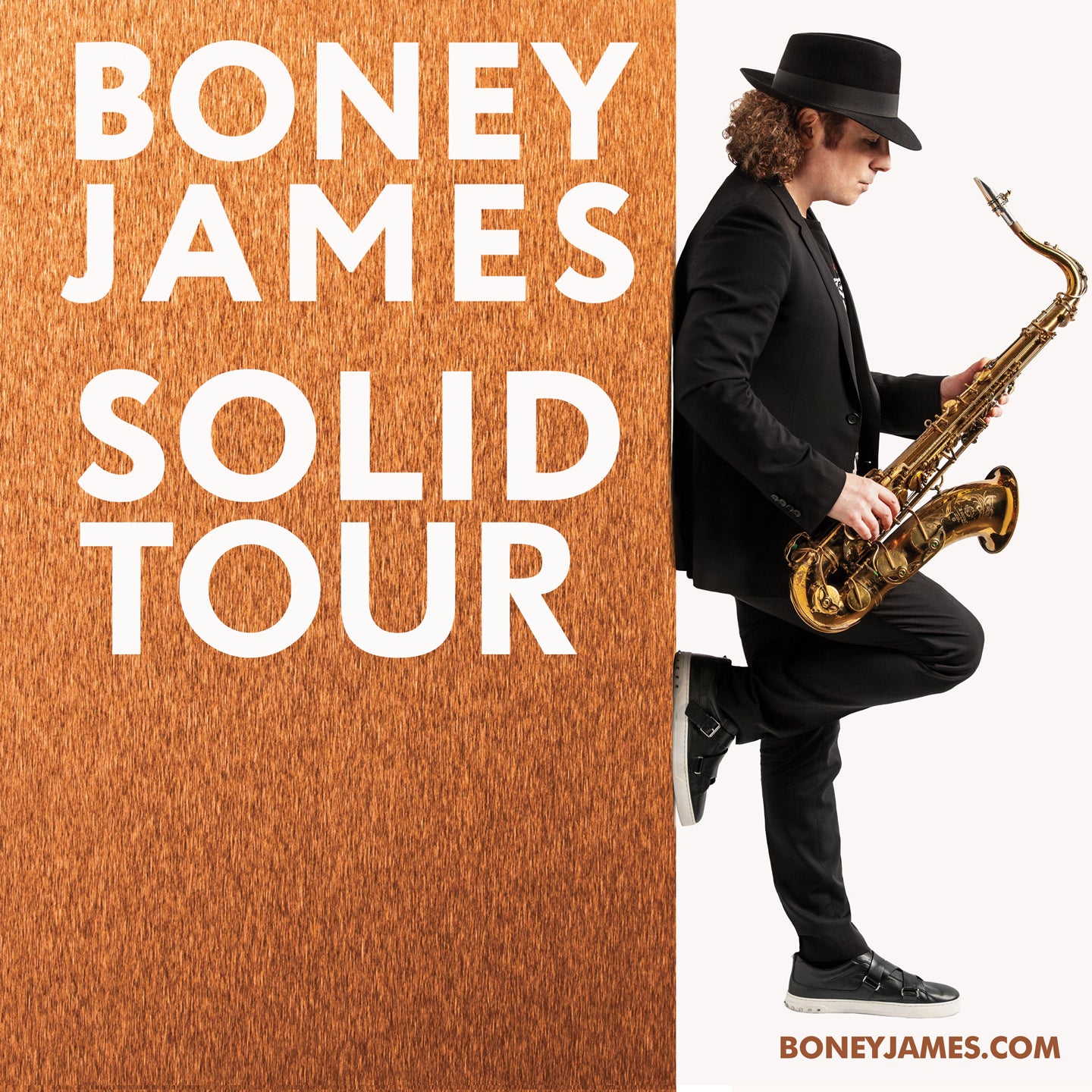 This event was originally scheduled for October 23, 2020.

One of the most successful instrumental artists of our time, Boney James has accumulated four RIAA Gold records with career sales topping three million units. James continues to defy genres; A two-time NAACP Award nominee, a Soul Train Award winner and named one of the Top 3 Billboard Contemporary Jazz Artists of the Decade.

All eleven tracks on Solid were produced and written or co-written by James. The first Adult Urban single “Be Here” was co-produced by Boney’s longtime collaborator Jairus“ -Mo"  (Anderson Paak, Nicki Minaj ,Anthony Hamilton).“Be Here” features vocals and lyrics by R&B star Kenny Lattimore, best known for his Top 10 R&B hit “For You.

”Boney explains, “The word Solid means a number of different things. There’s a solid musical groove and relationships can be solid—someone that stays by your side and never folds no matter what. That really resonates. Similar to Honestly, this music is a reaction to how stressful the world feels these days. Music is a respite, and this new music really connects on that level for me.