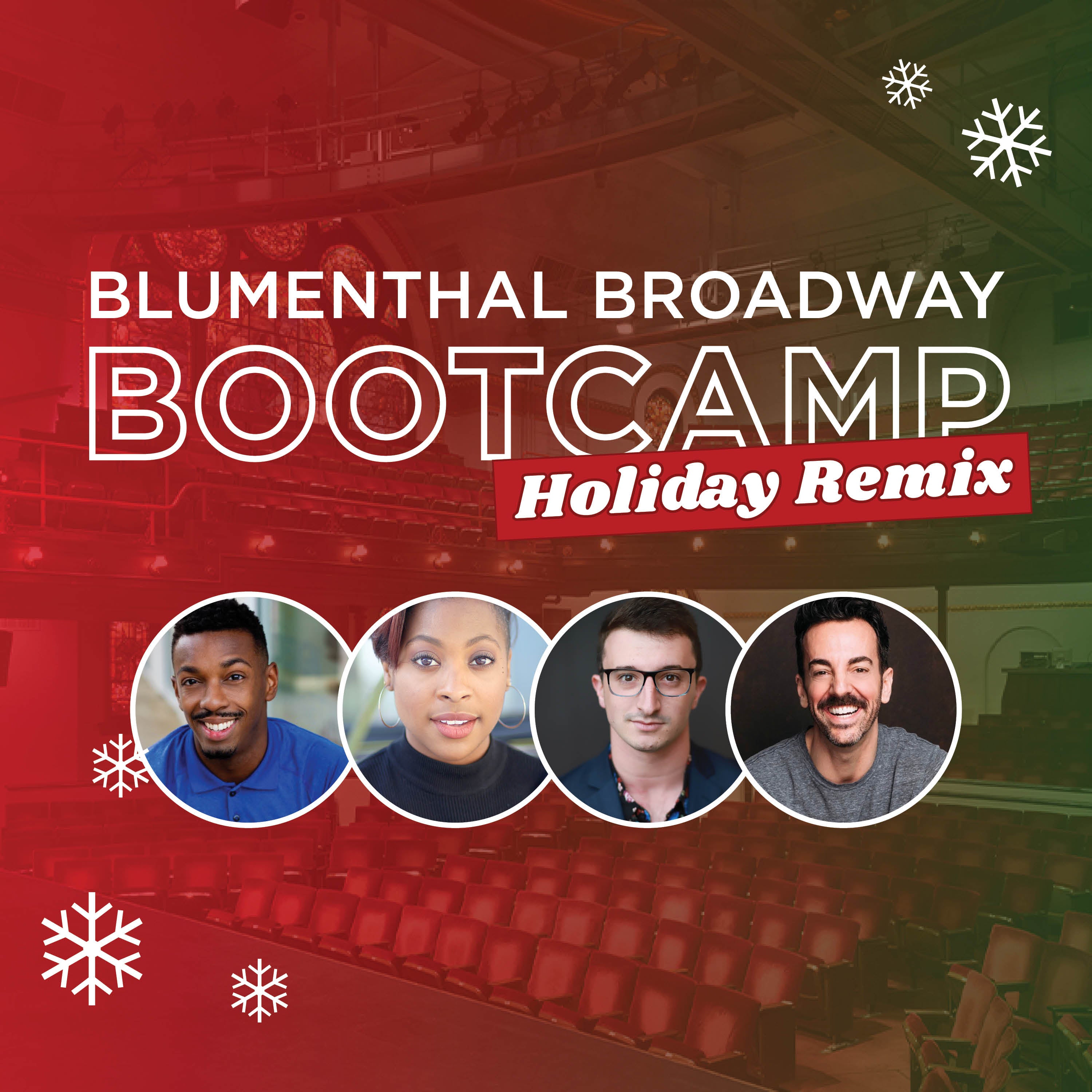 Are you a high school student ready to relaunch your triple-threat training in a safe, fast-paced workshop environment? Join Blumenthal Performing Arts and an array of professional artists for a full-day musical theater intensive, Holiday style! Advanced 8th-12th grade theater students will receive exclusive instruction from guest artists who know first-hand what it takes to make it in the world of Broadway, including Tyler McKenzie (Hamilton), TyNia Brandon (The Lion King, Beautiful: The Carole King Musical), Thomas Laub (American Utopia, Slave Play) and Bobby Pieranunzi (A Bronx Tale, Bright Star). The day will culminate in a musical theater showcase for family & friends using material from holiday-themed productions

Space is limited. This event is for advanced theater students in 8th-12th grade.

Scholarships are available! If you would like to apply for a scholarship, please download the application below and email the completed application to [email protected]org.

About the Teaching Artists

TyNia Brandon: TyNia René Brandon is a Charlotte native. She made her move to New York City in 2017 after sailing with Disney Cruise Line. In 2018 she made her Broadway Debut in Beautiful: The Carole King Musical and recently was seen in the National Tour of The Lion King. After Covid-19 shut down the industry for the foreseeable future, she decided to take a break from the city to come home and begin earning her MA in Arts and Culture Management.

Tyler McKenzie: Tyler McKenzie (he/him/his) currently on dance faculty at Penn State University’s Musical Theatre Department, was last seen on stage in Hamilton the Musical. He is a Long Island native with a BFA in Musical Theatre from Western Carolina University. He has performed regionally and in the Broadway & National Tour productions of Mamma Mia, Matilda, and Hamilton. In 2019, Tyler received the Western Carolina University Young Alumni Award celebrating his level of distinction in his field of work, his commitment to the service of others, and his potential for future leadership/distinction. He also recently received honorary acknowledgement and membership from the National Society of Leadership and Success. Tyler has a major passion for education and has worked with young artists all over the country and online.

Bobby Pieranunzi: Robert Pieranunzi's (Bobby) career spans from CA to NY and many places in between, most recently performing in the Broadway National Tours of A Bronx Tale and Bright Star. Some notable regional credits include Bert in Mary Poppins, Munkustrap in several productions of CATS, Jimmy in Thoroughly Modern Millie, and every T-Bird in Grease except for Danny - just never got to be THAT cool. From ensembles to lead roles, his experiences have been vast and he brings a wealth of information and passion for teaching our next generation of stars to the table.