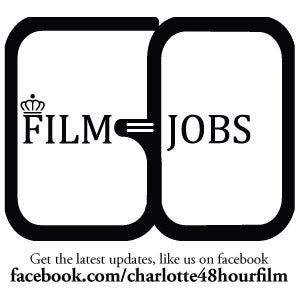 The 48 Hour Film Project is an International film making competition in which local film makers compete for a $500 prize and a chance to represent Charlotte at Cannes in France.

The Blumenthal Performing Arts Center is hosting the competition screenings at McGlohon Theater on August 21.

The night of screenings will include visual artists displaying their work in the lobby and live music on stage to welcome film enthusiasts in for a night to show what Charlotte is made of creatively.  Films start at 6:50pm.

Each film is created over a 48 hour period after film makers receive a character’s name, a prop and a single line of dialogue-each film must contain these elements in order to compete.  Additionally, films must run 6 – 8 minutes.  The audience will vote; best film wins!

Our goal is to sell out the McGlohon – this will be the greatest show of support for local film makers in Charlotte history!

We look forward to seeing you at the McGlohon!