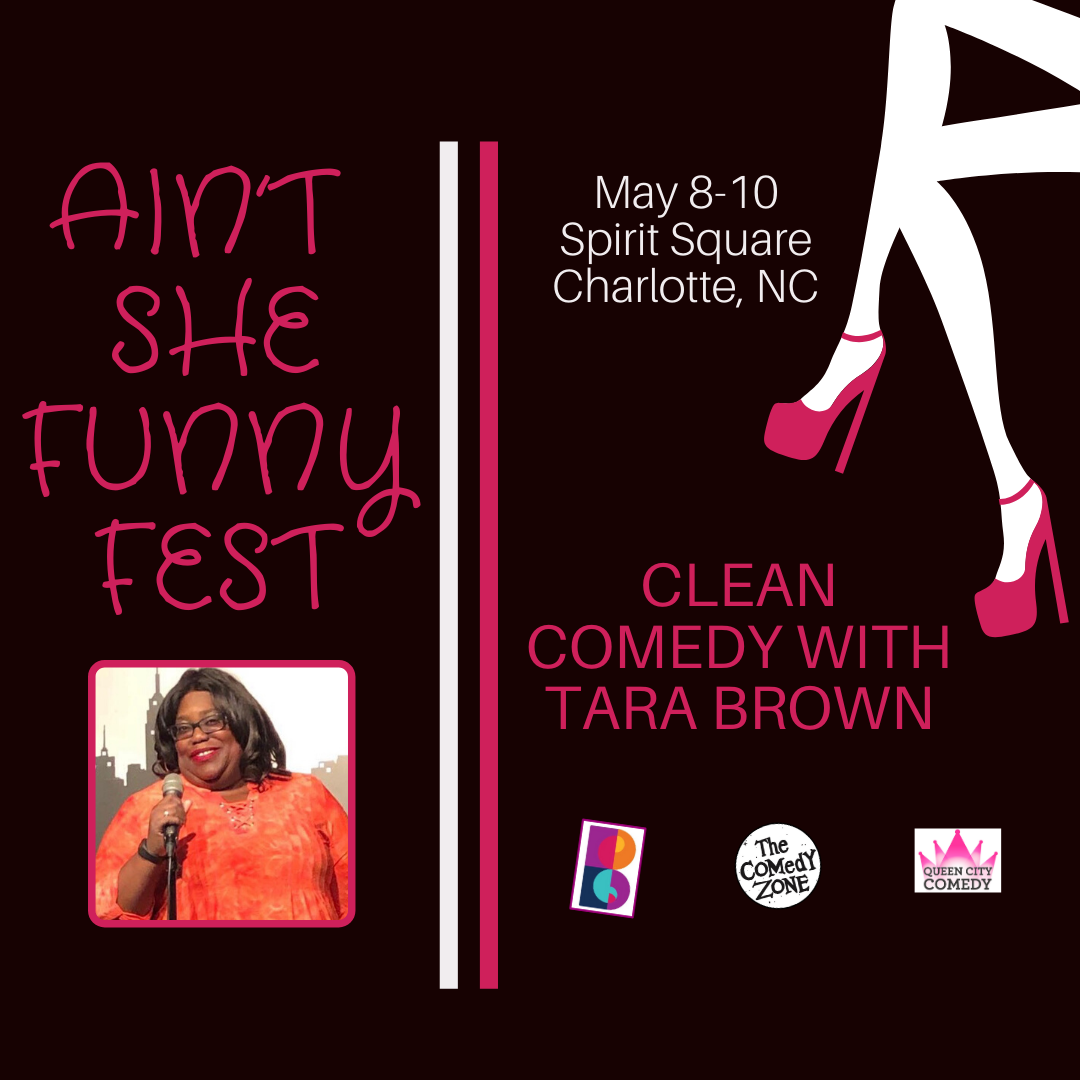 Join your host Tara Brown for a clean comedy show that can be enjoyed by the whole family. This comedy variety show will feature improv, standup and more.

Tara Brown performs clean and family-friendly comedy across the country. The nationally-touring, headlining comedians she has shared stages with have included Ilana Glazer, Cristela Alonzo, Ryan Hamilton, Jimmie “JJ” Walker, and the late John Witherspoon. She has been featured on WBTV-TV, WJZY-TV, WBT Radio, and The Charlotte Post. CharlotteFive.com named her as one of “The Standup Comedians You Need to Know in Charlotte,” while Queen City Nerve named her as “Best Comedian” for 2019 in their “Best of the Nest Readers’ Picks.” In addition, Tara has been named as the 2020 winner of “Jeanne Robertson’s Comedy with Class Humor Competition.”
Follow her on Instagram and Facebook at @tarabrowncomedy.

Part of the Ain't She Funny Fest brought to you by Blumenthal Performing Arts, Queen City Comedy and the Comedy Zone. This ladies comedy festival showcases the many talented, funny females of Charlotte, the Carolinas and beyond, in one great weekend of special shows and events!