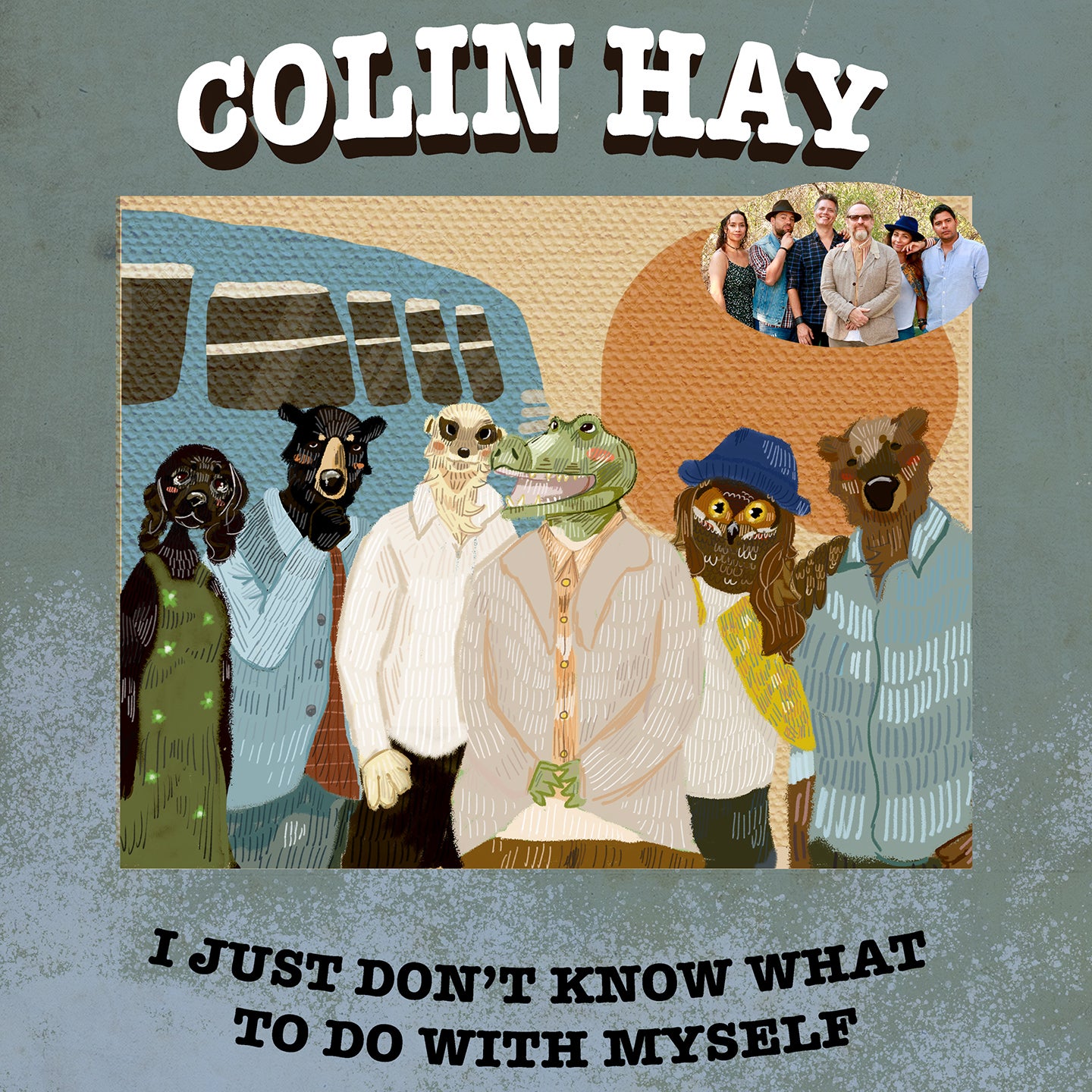 I Just Don't Know What To Do With Myself Tour

FIERCE MERCY is an epic, cinematic step forward from singer-songwriter Colin Hay, most beloved for his intimate, confessional live shows but most widely known for being an influential and celebrated frontman. The range of artists who have chosen to cite him as a muse or who have found themselves on stage with him in the past year spans the genre landscape from heavy metal, to Americana, to Cuban rhythms and beyond. His inclusion as a playlist favorite from the likes of Metallica to The Lumineers reflects his continuing relevance and broad appeal.

Recorded in both Los Angeles and Nashville and mixed by Vance Powell (Chris Stapleton, Jack White) and Gordon Hammond (Buddy Miller, Don Williams), FIERCE MERCY explores themes of love and loss, mortality, and even the odd UFO sighting, but always with the singular perspective and insightful wit that define Hay’s work. He has created a new classic in his impressive repertoire (this is his 13th solo release), using a palette of pop songcraft, Americana flourishes, and soundtrack-ready strings.  FIERCE MERCY is animated by its pensive, honest, and impassioned lyrics, and, Hay adds, by a sense of urgency felt deeply in the song “The Last to Know,” which introduces the album’s title concept of “fierce mercy.”

“When you’re in your 20s, you think you’ve got all the time in the world,” Hay said. “You get older, and you go through a quickening. Everything seems to get faster.”

Using his gift for expressing struggle in a way that resonates with a wide variety of people, he compares this to the messages mankind is getting on a global level: “With the changing weather patterns, or the polar ice caps melting, we’re getting all of these warnings, and a lot of them are incredibly fierce. But they still feel somewhat merciful — they’re not destroying us totally. We’re all being told, ‘Listen, you can still maybe address this, and it won’t get to the point where I have to take you all out. You’ve still got a shot.’”

Ten of the album’s 13 stellar compositions were collaborations with Michael Georgiades, who contributed to Hay’s previous sets Next Year People (2015) Gathering Mercury (2011) and American Sunshine (2009). The pair co-wrote two of the album’s clear stand-outs, the pop vocal ballad “A Thousand Million Reasons” and the Americana leaning “Come Tumblin’ Down.”  “Michael Georgiades is my secret weapon but I guess now with this album it’s not a secret anymore,” Hay jokes.

Some of the songs are deeply personal: “She Was the Love of Mine,” is an elegy for the singer’s mother, who died three years ago. Some are novelistic: “Frozen Fields of Snow” recounts the story of a war veteran returning to his childhood home after outliving the other members of his unhappy family.  “Sometimes lyrical ideas will come into your head, so you follow them and see where they go,” Hay says.

Hay says, “Garry is always trying to get me to Nashville to do some recording, to get me out of the comfort zone of my own studio — get me out of my lair!  So I went to Nashville and we recorded the strings with a nine-piece section, and he introduced me to some players that he loves, who added another fantastic layer to the album.”

Though many music fans will be glad to see the end of 2016, it was something of a breakout year for this career artist that included a three-week run at the Edinburgh Fringe; performances on The Tonight Show With Jimmy Fallon, Jimmy Kimmel Live! and ABC’s Greatest Hits; sharing the stage with Of Monsters and Men, Milk Carton Kids, Choir Choir Choir!, Kings of Leon; being publicly cited as an influence by artists as distinct as James Hetfield of Metallica, Jeremiah Fraites of The Lumineers, Troy Sanders of Mastodon, and The Infamous Stringdusters; as well as the completion of a documentary film about his career entitled Waiting for My Real Life, named for one of his best known solo recordings. Now finding himself in the unprecedented place of having both ’80s fame and indie credibility, it’s possible that Hay has delivered the defining album of his solo career.