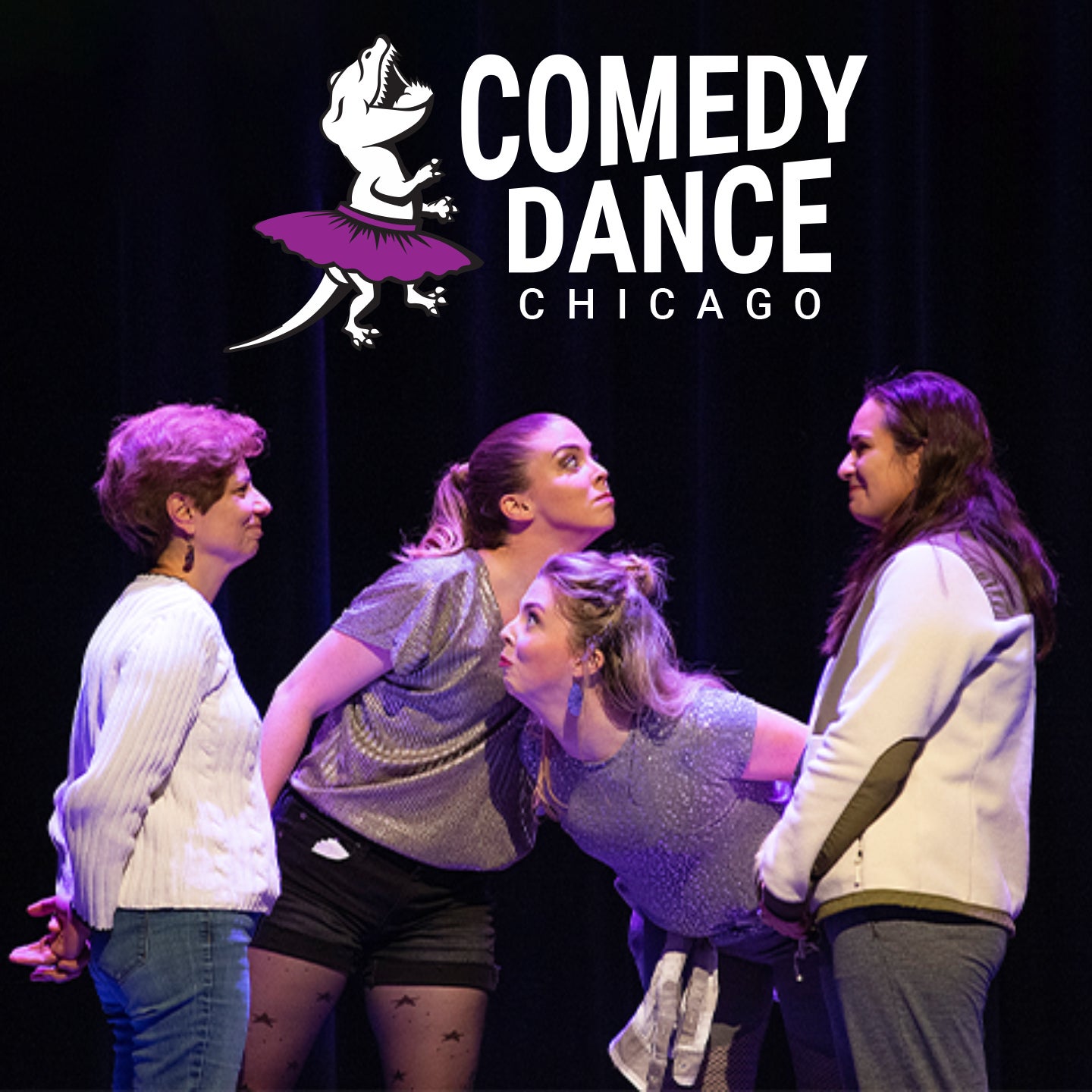 Comedy Dance Chicago’s unique style of comedy is sure to make your face hurt… from laughing! Their combination of sketch, physical comedy, and dance along with word play, music, and overall goofiness has entertained Chicagoland audiences for years. Throw in some audience participation, and you get what The Chicago Reader describes as “one of the funniest, most enjoyable hours you’ll spend on a Friday night.”

Company members bring a range of comedy and dance styles to the show and have trained with the Second City Training Center, iO Chicago, American Theatre Conservatory, Accademia dell'Arte, among others. Having performed at the Chicago Sketch Comedy Festival (Stage 773), iO Chicago, Dance Chicago (The Athenaeum Theatre), Woodstock Opera House, the Association of Applied and Therapeutic Humor Conference, and (that one time) at the House of Blues, Comedy Dance Chicago is thrilled to share laughs and spread the love of comedy dance to the rest of the US.

But... what is comedy dance?! In Layman’s terms: they dance, you laugh. Still confused? You’ll just have to see it.