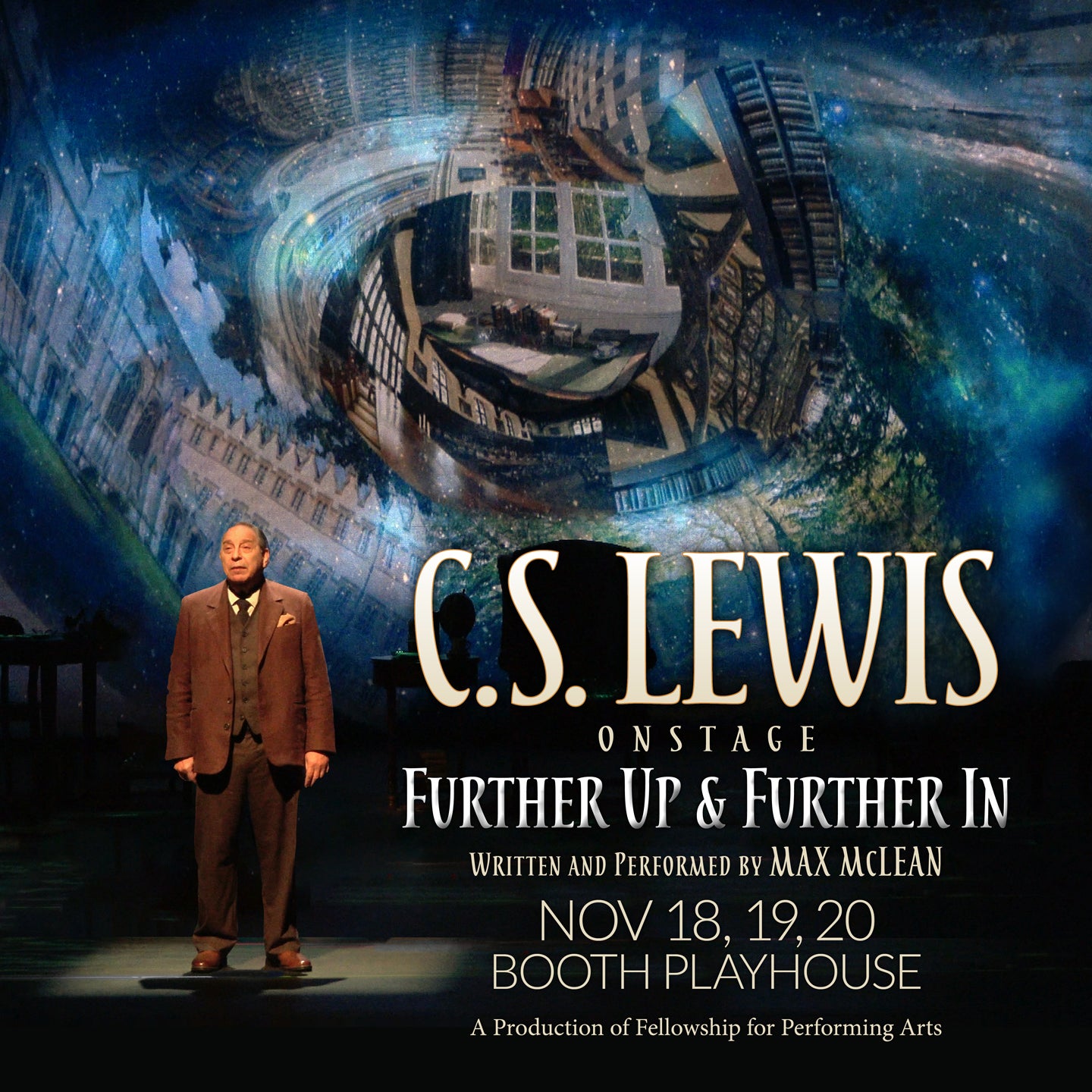 C.S. Lewis On Stage: Further Up & Further In

When C.S. Lewis came to faith in 1931, it wasn’t obvious he would become the most influential Christian writer of the 20th century. How did that happen? Why did the BBC give him a national audience to give talks that would become Mere Christianity? How did Hitler influence the writing of The Screwtape Letters? Why was Lewis such an effective apologist/evangelist especially to skeptics? What were his views on the power of prayer? Or the Second Coming of Christ? Experience a theatrical event that answers these questions and more as award-winning actor Max McLean takes you Further Up & Further In with C.S. Lewis. From the producers of The Screwtape Letters, The Great Divorce and The Most Reluctant Convert.