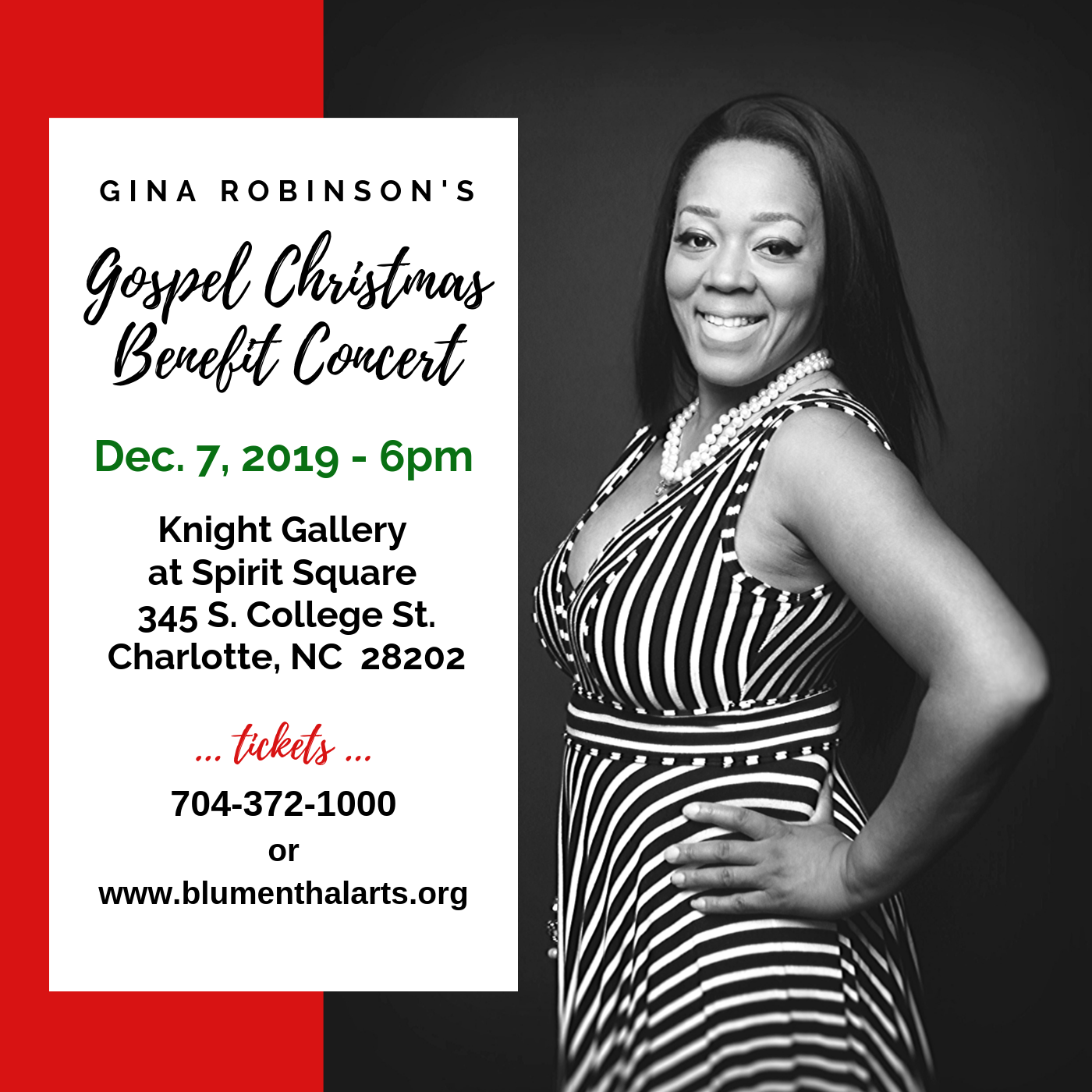 Bring a friend and a toy and come enjoy some good gospel music by recording artist Gina Robinson along with her special guests, topped off with your favorite Christmas carols to get you in the Christmas spirit. And don’t be surprised if you find yourself with a microphone singing along!

Teaming up with the Salvation Army, Gina is proud to host a Magical Toy Drive where audience members will be able to donate their new unwrapped toys directly to the Salvation Army. The toys will be distributed to some of the 13,000 children serviced in Mecklenburg County for Christmas.

Gina’s debut CD “Release” was produced by Grammy, Stellar and Dove Award winner Cedric Thompson. Gina has appeared on several television shows including Atlanta Live, Nite Line and her songs have been featured on several radio stations. Gina toured nationally with such artist as Glenn Jones, Lenny Williams, CeCe Penniston, Dorothy Norwood and opened shows for the likes of the Four Tops, Temptations, Gladys Knight & The Pips and Smokie Norful. Gina will be touring with her original show “Almost Broadway” in 2020.