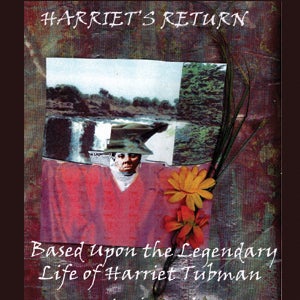 Harriet’s return is a one-woman play with a talk-back immediately following the performance. It began as a small project for the Gantt Center in the 1990s. Since then, Meadows’ original theatrical work has evolved into an award-winning and critically acclaimed production, becoming a phenomenon with staging throughout the U.S. each year. The play pays homage to one of America’s most influential and iconic slavery abolitionists, Harriet Tubman.  The play chronicles the private and public life of famed Underground Railroad conductor, spiritual icon, and revolutionary whose life spanned nine decades and still influences the consciousness of people around the world.  Journey from Harriet’s childhood to her final days as she weaves her story becoming more than thirty colorful characters who take your from contemporary America into the depths of her soul, the psyche of a nation, and a call to action.   (Member of the National Underground Railroad Network to Freedom Program)