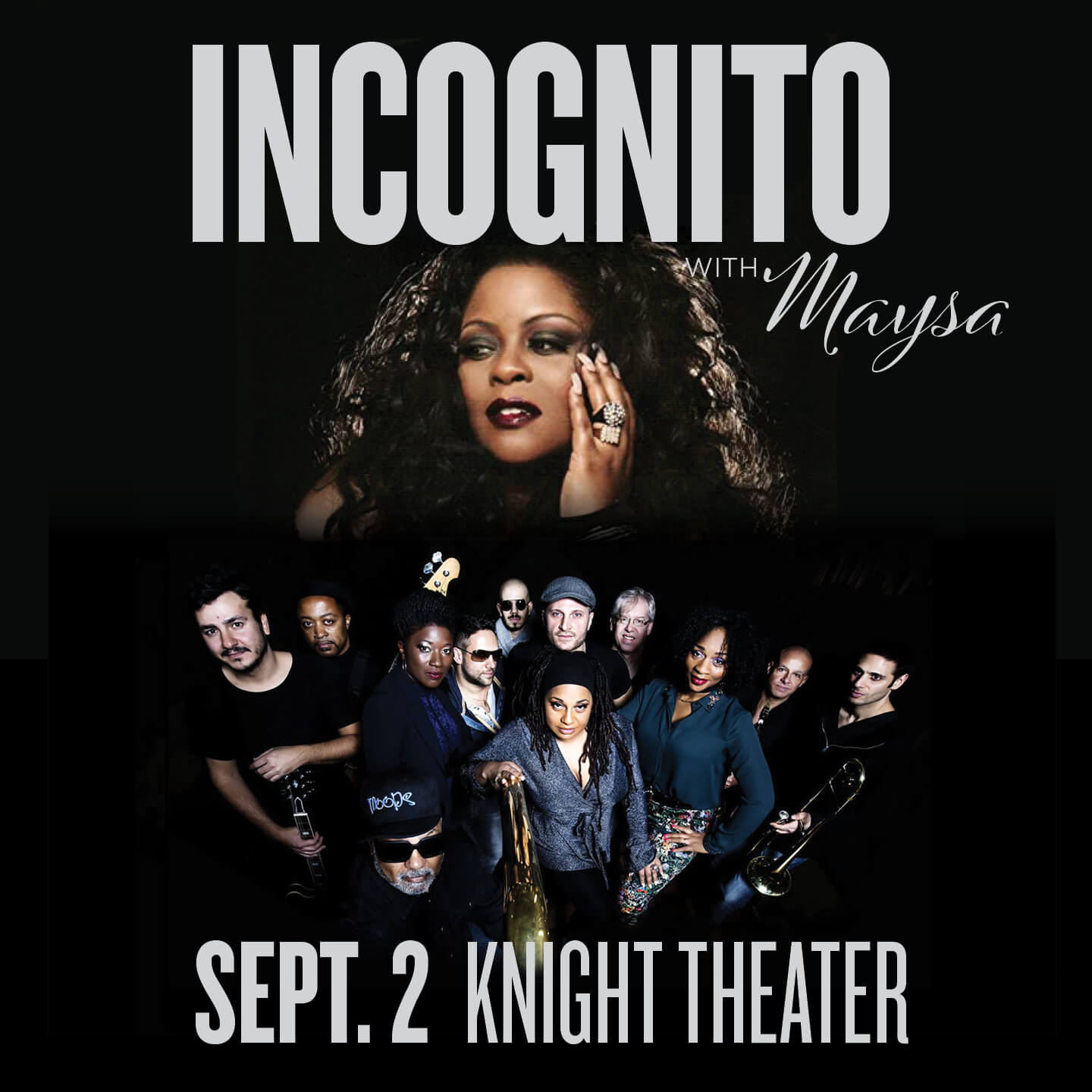 Acid-jazz collective Incognito is led by Jean-Paul "Bluey" Maunick, a multi-instrumentalist, songwriter, producer, and arranger. Maunick and company have placed 15 singles on the U.K. pop chart, including a Top Ten version of Ronnie Laws' "Always There" and Top 20 cover of Stevie Wonder's "Don't You Worry 'Bout a Thing." Their sound, which offers a modern take on '70s soul, funk, disco, and crossover jazz has fostered a large following in the U.S. and abroad.

Contemporary jazz vocalist Maysa Leak has been featured on many Incognito recordings and in addition, her solo efforts have earned her numerous honors including the new Soul Train Award (2009) and top positions on Billboard's Contemporary Jazz and R&B charts. An industry favorite, Leak has also been featured on major motion picture soundtracks and television programs (The Arsenio Hall Show, Oprah, and The Tonight Show).

See Incognito and Maysa come together for an incredible night of music and soul!