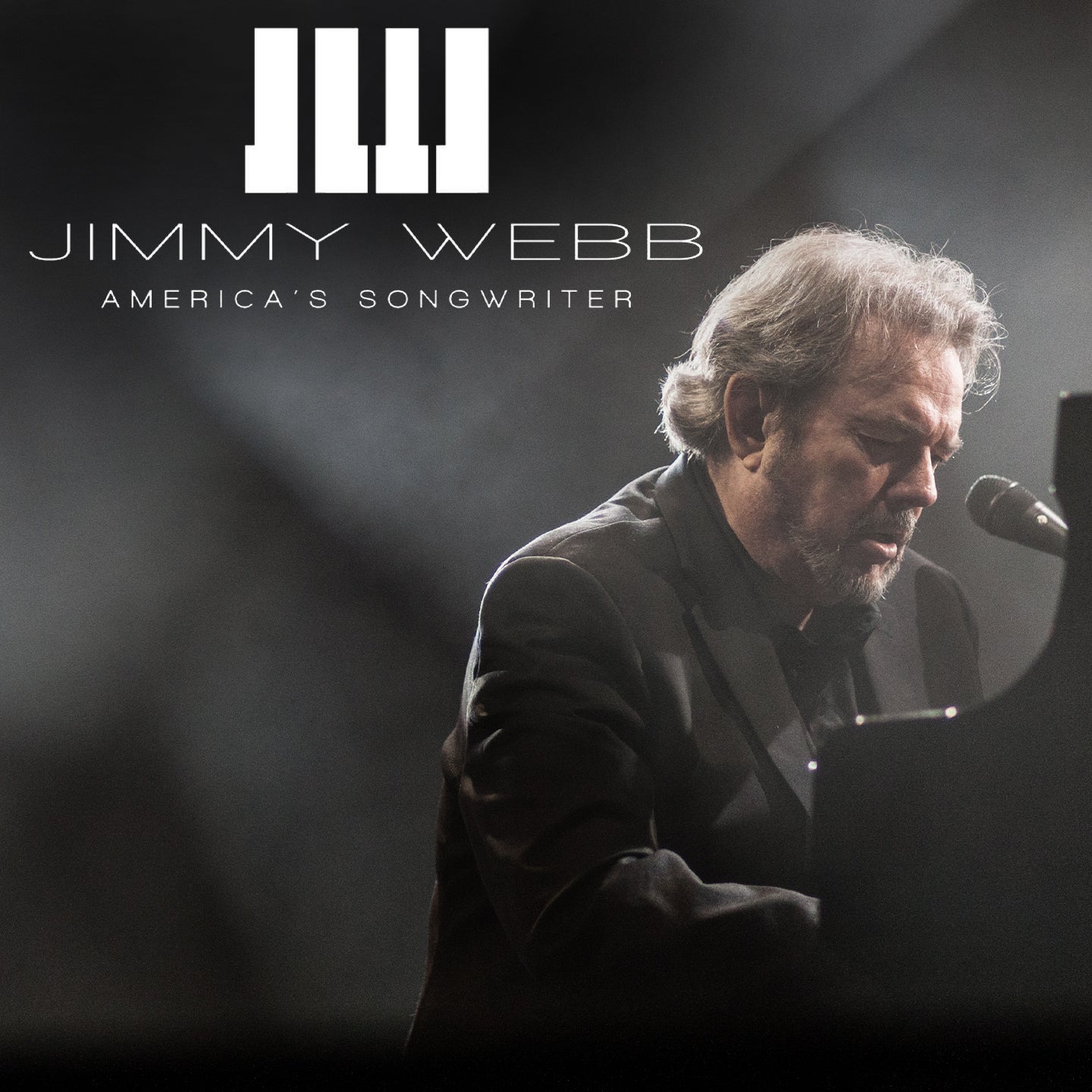 Jimmy Webb, America’s Songwriter, has written songs that transcend generations and genres –think “Wichita Lineman,” “MacArthur Park,”  “By the Time I Get to Phoenix,” and “Didn’t We.”  This Motown-trained composer writes all of his own lyrics and music and is the only hit maker to have scored songs on the Pop, Country, R&B, Rap, Disco and New Age charts. During this Evening with Jimmy Webb, audiences will hear this multi-Grammy Award winner’s songs and experience his insightful and often humorous stories about his work with Glen Campbell, Frank Sinatra, Linda Ronstadt (“Still Within the Sound of My Voice”), Art Garfunkel (“All I Know”), The Fifth Dimension (“Up, Up and Away”), The Highwaymen (“The Highwayman”), Kanye West (“Famous”  features Webb’s “Do What You Gotta Do”), and more.

Jimmy Webb is the author of the memoir, The Cake and the Rain, and the “bible” of songwriting, Tunesmith: The Art of Songwriting.  In 2019 Webb released a piano-only CD, SlipCover, featuring some of his favorite songs from his contemporaries; Billy Joel, Paul Simon, The Rolling Stones and more.

“… A night with Jimmy at the keys is not unlike getting to hear George Gershwin or Cole Porter live. It’s hard to believe one guy could have written all these amazing songs…if you get a chance to see him live, grab it...”
– Paul Zolo, American Songwriter Magazine