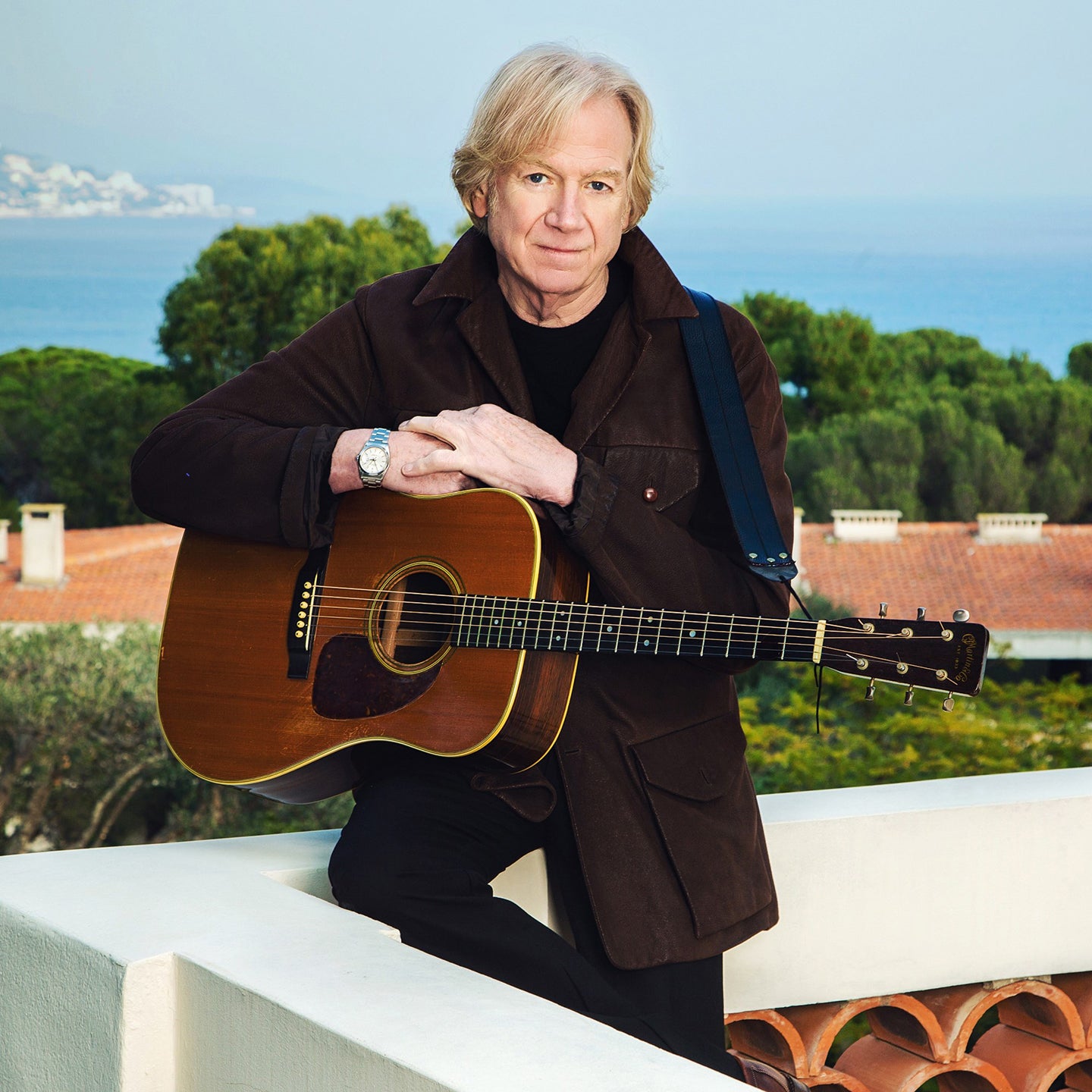 Having chalked up fifty years at the peak of the music and entertainment industry, Justin Hayward’s voice has been heard the world over.  Known principally as the vocalist, lead guitarist and composer for the Moody Blues, his is an enduring talent that has helped to define the times in which he worked. Over the last forty-five years the band has sold 55 million albums and received numerous awards. Commercial success has gone hand in hand with critical acclaim, The Moody Blues are renowned the world over as innovators and trail blazers who have influenced any number of fellow artists.  Justin is honoured with the Moody Blues on the Rock Walk Hall of Fame on Sunset Boulevard and this year the band will be inducted into the Rock & Roll Hall of Fame.

Born and brought up in Swindon in the UK, Justin’s interest in music started early when he was five years old and his grandfather bequeathed him his large collection of 78 rpm recordings. “It opened a world of imagination to me,” says Justin.  Having taught himself to play the ukulele, he soon progressed to guitar and by his early teens he was playing in local groups.  Upon leaving school at 17 he answered an advertisement in Melody Maker newspaper and successfully auditioned for UK Rock and Roll hero Marty Wilde. “I got the job playing guitar for Marty – it was a dream come true for me”. Justin credits Marty with encouraging him to become a songwriter; he made several recordings with Marty’s ‘Wilde Three’ and also appeared with them at the London Palladium.  They remain close friends to this day: “Marty is still my hero”.

Having started the ball rolling as a songwriter in his own right with a couple of solo singles, he joined the Moody Blues in the summer of 1966. Hitting his stride immediately with the single ‘Fly Me High’, he followed it up with the classic hit songs ‘Nights in White Satin’ and ‘Tuesday Afternoon’ from the seminal album ‘Days of Future Past’. This album went on to become a favourite of the NASA astronauts and was taken aboard the Atlantis shuttle space craft by Chief astronaut “Hoot” Gibson on many missions.

This purple patch showed no sign of abating as Justin created other classic, era and genre-defining hits ‘Question’, ‘The Voice’, ‘I Know You’re Out There Somewhere’, ‘The Story In Your Eyes’ and ‘Your Wildest Dreams’.  These laid the foundation for the incredible success story of the Moody Blues – as well as his solo work – which continues to this day.

When the Moody Blues took a break from touring in 1975, Justin worked on the Blue Jays album, followed by the hit single ‘Blue Guitar’ (recorded with the members of 10cc). Although the Moodies continued to record and tour at the highest level, Justin also found time to create several solo albums: ‘Songwriter’, ‘Night Flight’, ‘Moving Mountains’ and ‘The View From the Hill’.

In the 1980s, he was made a member of the famous ‘SODS’ (The Society of Distinguished Songwriters) and in 2012 he was elected ‘King SOD’.  He also collaborated in 1989 with Mike Batt and the London Philharmonic Orchestra and recorded the album ‘Classic Blue’.

In March 1997, Justin was chosen as the subject for the TV show ‘This Is Your Life’ in the presence of many of his friends including Marty Wilde, Lionel Bart and astronaut “Hoot” Gibson.

Justin was presented with ‘The Golden Note’ award from ASCAP in 2005, the top honour for a British writer, and he has appeared in Nashville regularly with other songwriters in showcase events. In 2013, The Performing Rights Society in the UK awarded him his second Ivor Novello statue for ‘Outstanding Achievement’.

Justin records in Italy and France of which he says, “Spending time making music in a beautiful place with your friends is every songwriter’s dream”. Justin undertook extensive solo tours in both 2016 and 2017; and in 2018 Justin will again head out on the road bringing his wonderful music to his fans in the UK and Europe, as well as North America.

As well as live shows, Justin has released several solo recordings; an album of new songs ‘Spirits Of The Western Sky’ – for Eagle Rock – was released in 2013 followed by several solo tours, and in 2014 a ‘live in concert’ DVD ‘Spirits…Live’ was made available, which reached No1 on the Billboard Video chart. 2016 saw the release of ‘All The Way’ (Eagle Rock Entertainment), a compilation from Justin Hayward’s solo career.  “All The Way” includes Justin’s solo songs, a recording with The London Philharmonic Orchestra, solo live performances and unique versions of classic Moody Blues tracks and the brand new song “The Wind Of Heaven.”  Justin said, “My acoustic solo tours give the perfect balance to the big production of the Moody Blues concerts. I’m so lucky to have both”.

Whilst releasing solo albums and DVDs and working on many different projects, including new solo recordings, Justin continues to tour with the Moody Blues all across the world; Justin has toured with the band extensively in the US, but also the UK, Europe in each of the last few years.

In January 2018, the news broke that The Moody Blues were finally to be inducted into the Rock & Roll Hall of Fame.  This recognition comes not before time but means a great deal to the band.  At the time Justin commented, “I’m extremely grateful to the Rock and Roll Hall of Fame, first for creating the supreme temple to all that has brought endless joy into my life since I was a small boy, and now, after all these years, for including us.

It’s a privilege to be celebrated in the same building, on the same street even, as my own heroes - Buddy Holly and the Everly Brothers - and now, at last, with us, my heroine Nina Simone.

But all the thanks must go to The Moody Blues fans for giving us a wonderful, wonderful life in music - our induction has now validated the music they so love, and I’m so, so pleased, for us all. Yippee!”

Whilst the acceptance intro the Rock & Roll Hall of Fame is a truly global endorsement it is of course the music that matters.  2018 sees the 50th anniversary of the ‘Days Of Future Passed’ album.  The band are marking this with some North American dates and the release of the concert recording ‘Days Of Future Passed Live’.  With the solo dates of 2018 still to come, Justin certainly keeps himself busy.

“I have spent most of my life, so far, on the road”, says Justin. “Playing live and creating a small piece of magic in a room is like a drug to me, one that I never want to give up”. His is a talent that has helped soundtrack more than a generation and created a legacy that remains undimmed.

As if 2018 isn’t busy enough for Justin Hayward, he will be embarking on his North American “All The Way” tour with his trio (Mike Dawes and Julie Ragins), beginning August 4 in Plymouth, NH, performing material from All The Way, a retrospective of songs from across his career.