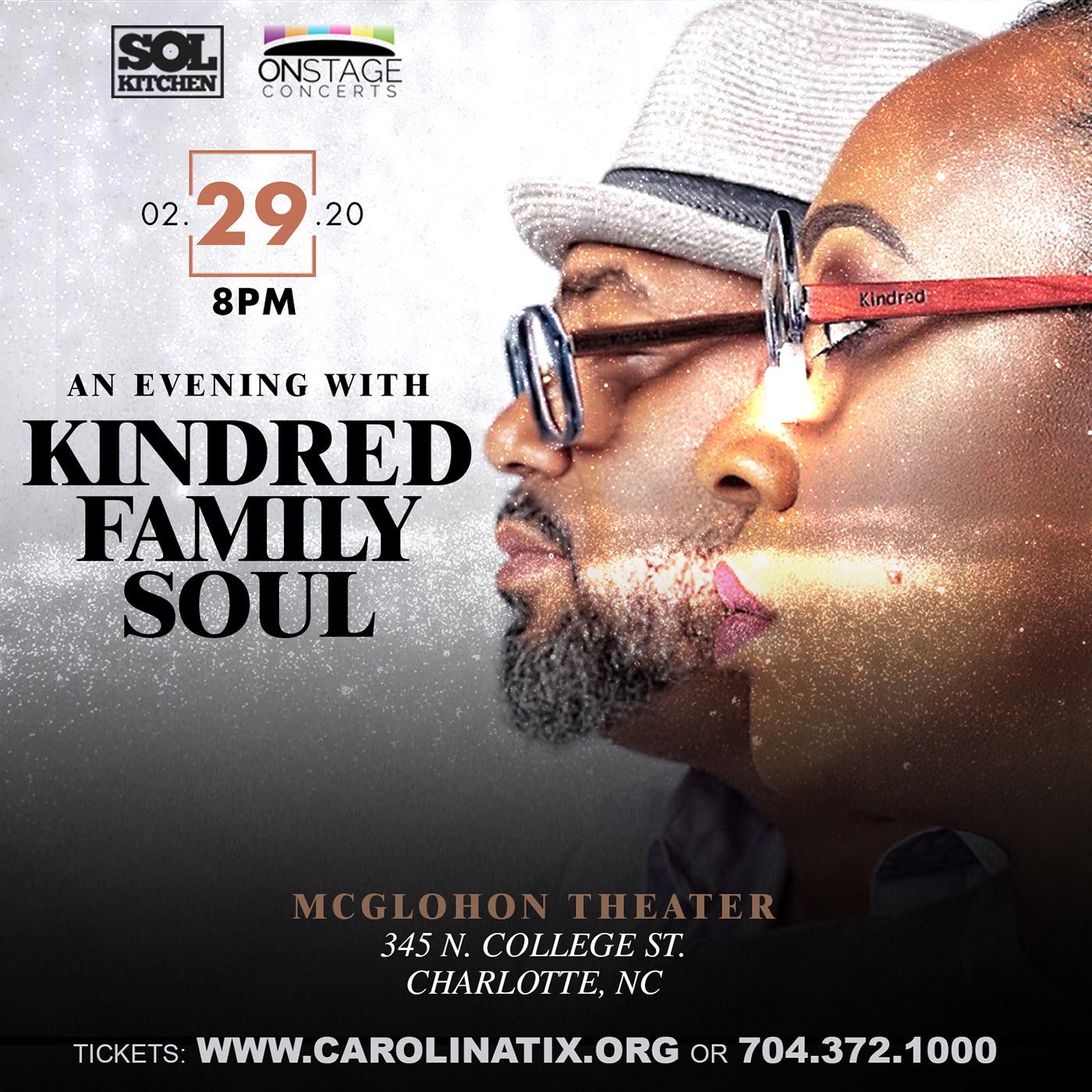 Kindred The Family Soul is simply Aja Graydon and Fatin Dantzler; artists, songwriters, lovers, family. Both got their start as teenagers. Fatin producing his first released material with Bell Biv Devoe at 17 and Aja receiving her first recording contract from Delicious Vinyl at 14, these two “grew up” in the record business. In 1997 they were introduced via  hip hop band, The Roots, production camp. Fatin was a hired gun to write songs for Aja’s solo project at the time. By the fall of 1998 they became husband and wife and while assuming the roles of a new couple and new parents, Fatin took a job selling appliances and Aja became a homemaker caring for their first born, Aquil. After being unexpectedly let go from his job the couple contemplated the future. They'd developed a strong creative chemistry  for Aja’s solo project so they decided to try performing as a team and Kindred The Family Soul was born. Performing weekly at the famed “Black Lily” showcase at a small club called The Five Spot, Kindred developed a reputation for electric live performances featuring a 10 piece band. Hustling parents of a toddler by day and ripping stages by night. This amazing event would, along with Kindred, foster careers from the likes of Jazmine Sullivan, Floetry, Jaguar Wright, Musiq Soulchild and a host of others. A regular patron/performer at the Lily was Jill Scott. She was close to releasing her classic first album and decided to introduce the president of her then label, Hidden Beach, to her friends Aja and Fatin. This introduction would change everything.

In 2003 Kindred The Family Soul released their debut album Surrender to Love. “ Far Away” and “Stars” both became top ten urban adult contemporary hits and anthems for lovers everywhere. The album received a Soul Train Award and a BET Award nomination. The group began producing events and showcasing new talent as well.