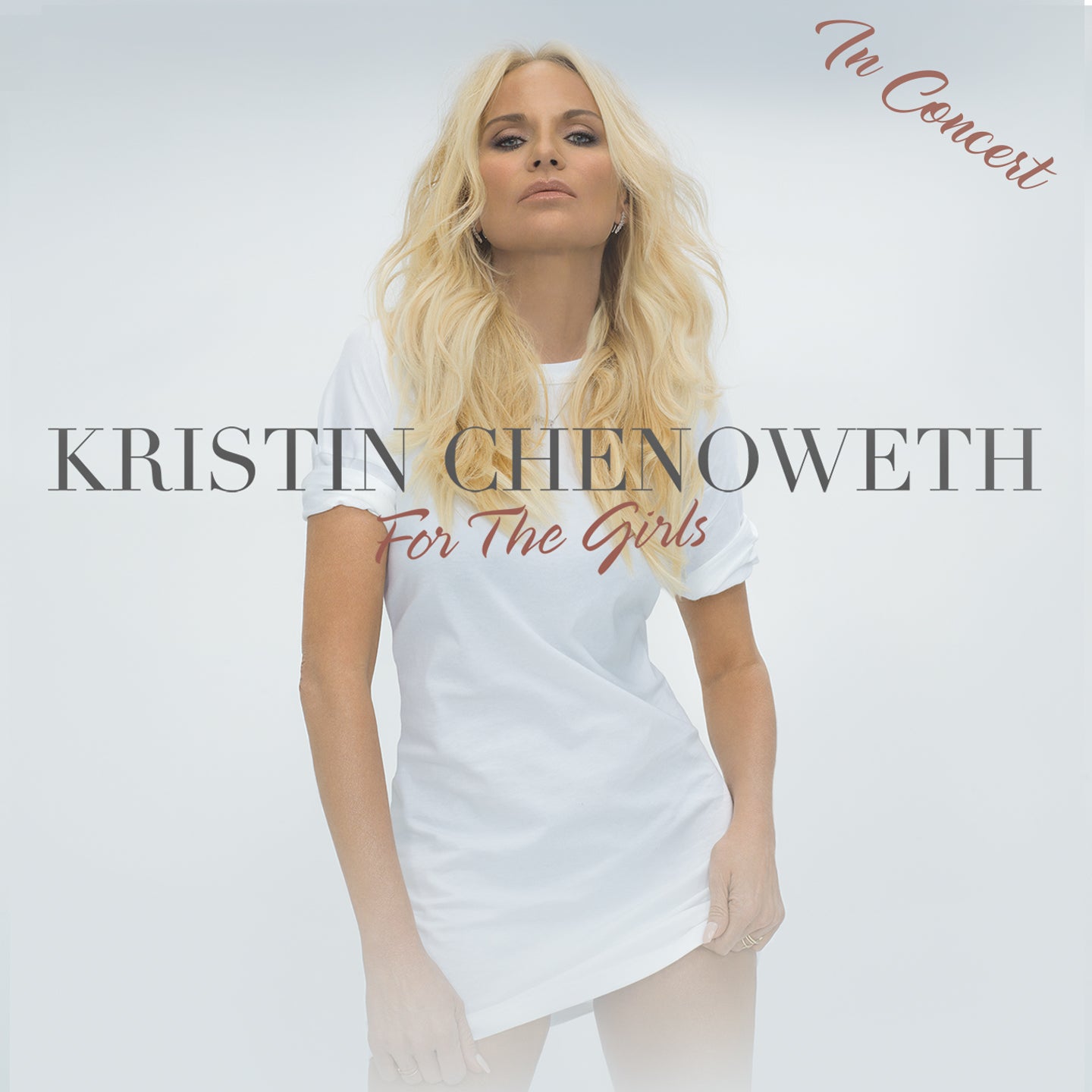 Kristin Chenoweth In Concert - For The Girls

Kristin returns to Charlotte to celebrate the September 27th release of her new album "For the Girls" on Concord Records. A tribute to the many women who have inspired and influenced her career, "For the Girls" will wow audiences with selections from artists including Dolly Parton, Ariana Grande, Jennifer Hudson and Reba McEntire.

Emmy and Tony Award winning actress and singer Kristin Chenoweth’s career spans film, television, voiceover and stage. In 2015, Chenoweth received a coveted star on The Hollywood Walk of Fame. In 2009, she received an Emmy Award for Best Supporting Actress in a Comedy Series for her role in “Pushing Daisies.” In 1999, she won a Tony Award for “You’re A Good Man, Charlie Brown” and she was also nominated for her original role of Glinda the Good Witch in “Wicked” in 2004. Chenoweth has been nominated for two Emmy Awards and for a People’s Choice Award for her role on “Glee.” In 2009, she wrote an upliftingly candid, comedic chronicle of her life so far, “A Little Bit Wicked,” which debuted on the New York Times Hardcover Non-Fiction Best Seller List.

Upcoming, Chenoweth will star in the film “Holidate,” which will premiere on Netflix in 2020. In addition to starring in, Chenoweth will also executively produce the upcoming single-camera comedy series “The Biggest Star in Appleton,” which is currently in the works at Disney Plus. Recently, Chenoweth starred alongside Scott Wolf in the holiday film “A Christmas Love Story,” which premiered on Hallmark Channel in December 2019.  Along with the holiday season, Chenoweth released her latest stand-alone Holiday e-single titled “White Christmas.” Chenoweth also recently released her latest album “For The Girls,” debuting at #3 on the Current Pop Albums chart and #11 on the Billboard Top Albums chart. The album is a heartfelt tribute to the great female singers throughout history, particularly some of Kristin’s heroes and friends. Guest artists include Ariana Grande, Dolly Parton, Jennifer Hudson and Reba McEntire. The album includes Chenoweth’s personally charged interpretations of classic songs identified with such iconic artists as Barbra Streisand, Lesley Gore, Linda Ronstadt, Dinah Washington, Dolly Parton and more. To celebrate the release of her new album “For The Girls,” Chenoweth returned to the Broadway stage this past November in an eight-performance concert engagement at the Nederlander Theatre.

Chenoweth has performed to sold-out audiences across the world, including performances at Carnegie Hall and Royal Albert Hall. Chenoweth released “The Art of Elegance,” her album of American Songbook classics via Concord Records.  The album debuted at #1 on Billboard’s Current Jazz and Traditional Jazz charts, and #1 on Amazon’s Vocal Pop chart. Chenoweth also returned to the stage in her limited engagement MY LOVE LETTER TO BROADWAY, at the Lunt-Fontanne Theatre, receiving rave reviews. In 2014, she released a CD and DVD of her own live concert performance, “Kristin Chenoweth: Coming Home.” Last December, Chenoweth performed with iconic The Tabernacle Choir and Orchestra in their annual Christmas concert. The concert aired on PBS and BYUtv in December 2019.

In 2015, Chenoweth earned a Drama Desk Award, Outer Critics Circle Award and Broadway.com Audience Choice Award for her lead role in the Roundabout Theatre Company’s “On the Twentieth Century.” She also earned nominations for a Tony Award and a Drama League Award.

Chenoweth recently starred in the second season of NBC’s hit comedy series “Trial & Error,” receiving critical acclaim for her performance as Heiress Lavinia Peck-Foster. She was seen in the Starz original series “American Gods,” where she reunited with executive producer Bryan Fuller in the role of Easter. Notable television roles include appearances in “The West Wing,” Disney’s “Descendants” and “The Muppets.” In film, Chenoweth voiced the role of Gabi in the hit animated film “Rio 2” and Fifi, Snoopy’s beloved French poodle in "The Peanuts Movie." She starred in the indie teen drama entitled "Hard Sell" and additional film credits have included “The Boy Next Door,” “Deck the Halls,” “Twelve Men of Christmas,” “Four Christmases,” “RV,” “Bewitched,” “The Pink Panther,” “Hit & Run” and “Family Weekend.” She also starred in NBC’s “Hairspray Live!” as Velma Von Tussle in December 2016. Chenoweth voiced the role of Princess Skystar in Lionsgate/Hasbro’s “My Little Pony: The Movie,” and can also be heard in the Sony Pictures animated film “The Star.”

Chenoweth is a passionate supporter of charities which dedicate their time and efforts to helping those in need. She formed a charity partnership with the Broken Arrow Performing Arts Center (BAPAC) Foundation in her home state of Oklahoma. Chenoweth's accomplishments were honored by her hometown with BAPAC naming "The Kristin Chenoweth Theatre" in 2012. Partnering with the BAPAC in a labor of love, Kristin launched an annual Broadway Bootcamp in 2015, providing young Broadway hopefuls with the opportunity to take classes, hold performances and learn from top mentors in the entertainment industry including Kristin herself. In her lifelong mission to cultivate arts education across the globe, Chenoweth has also created “Places! The Kristin Chenoweth Tour Experience," a unique educational program for young singers that puts them right next to her performing on stage. Each concert in Chenoweth’s ongoing tour will feature local participants from higher education conservatories, universities, and colleges for the immersive educational experience.