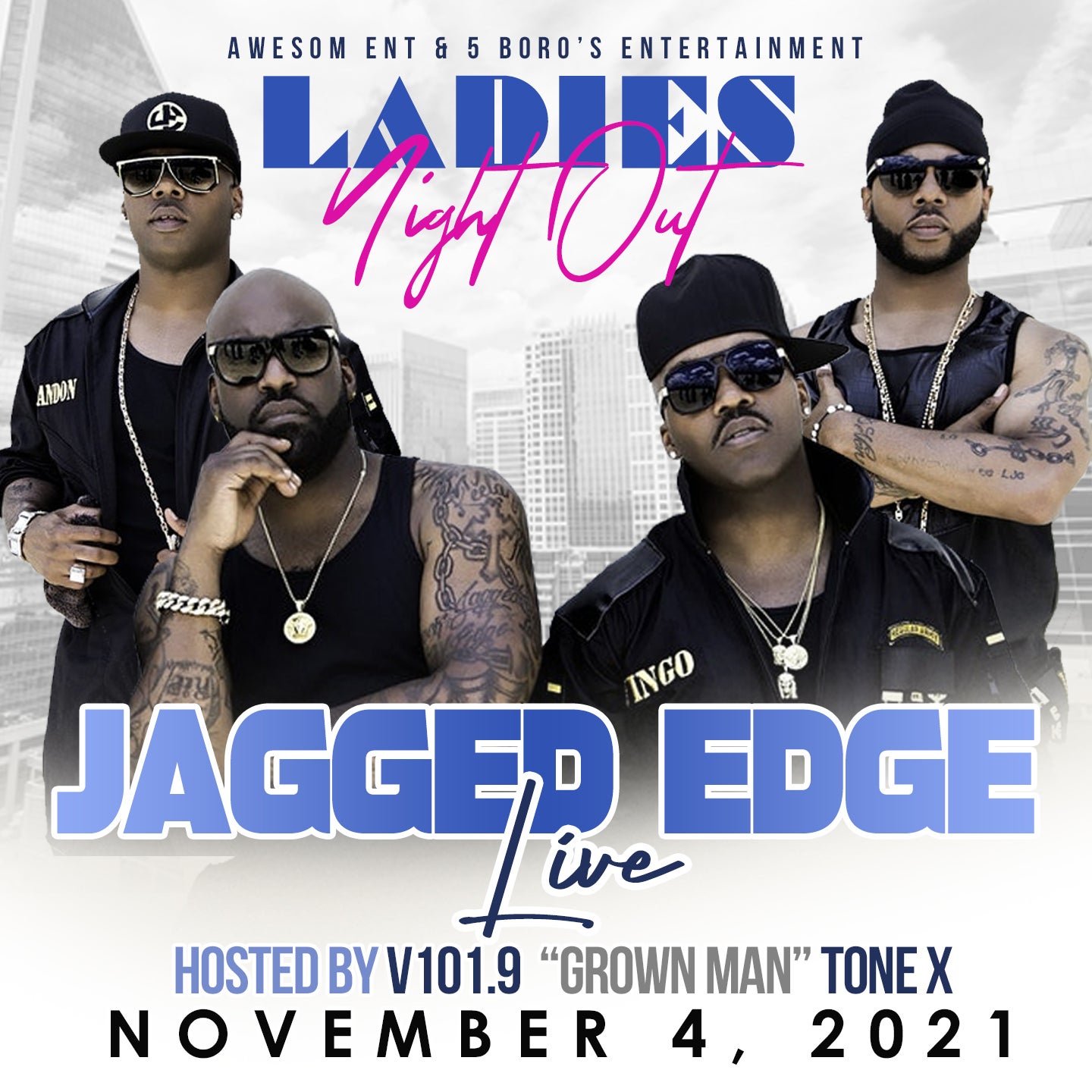 Ladies Nite Out with Jagged Edge

An experience at Belk Theater you don't wanna miss.

Jagged Edge is an American R&B group; featuring lead singers, identical twins Brandon and Brian Casey “The Casey Boys” (formerly known as Case Dinero and Brasco), born in Hartford, Connecticut on October 13, 1975, Kyle Norman (formerly known as Quick) of Decatur, Georgia born on February 26, 1976 and Richard Wingo (formerly known as “Wingo Dollars” or “Wingo Dollar$”) of College Park, Georgia born on September 3, 1975. Wingo was a late addition to the group, added after Kandi Burruss of Xscape recommended he be added. Kandi was also the one who brought the group to the attention of Dupri. Signed through Jermaine Dupri’s So So Def Records to Columbia Records, the group has had a number of hit singles, many of which are produced by Dupri. Lead singers Brandon and Brian have written the bulk of the groups material. They have also written for Usher, Nivea and Toni Braxton. In addition to their projects, the group has collaborated with a number of artists.