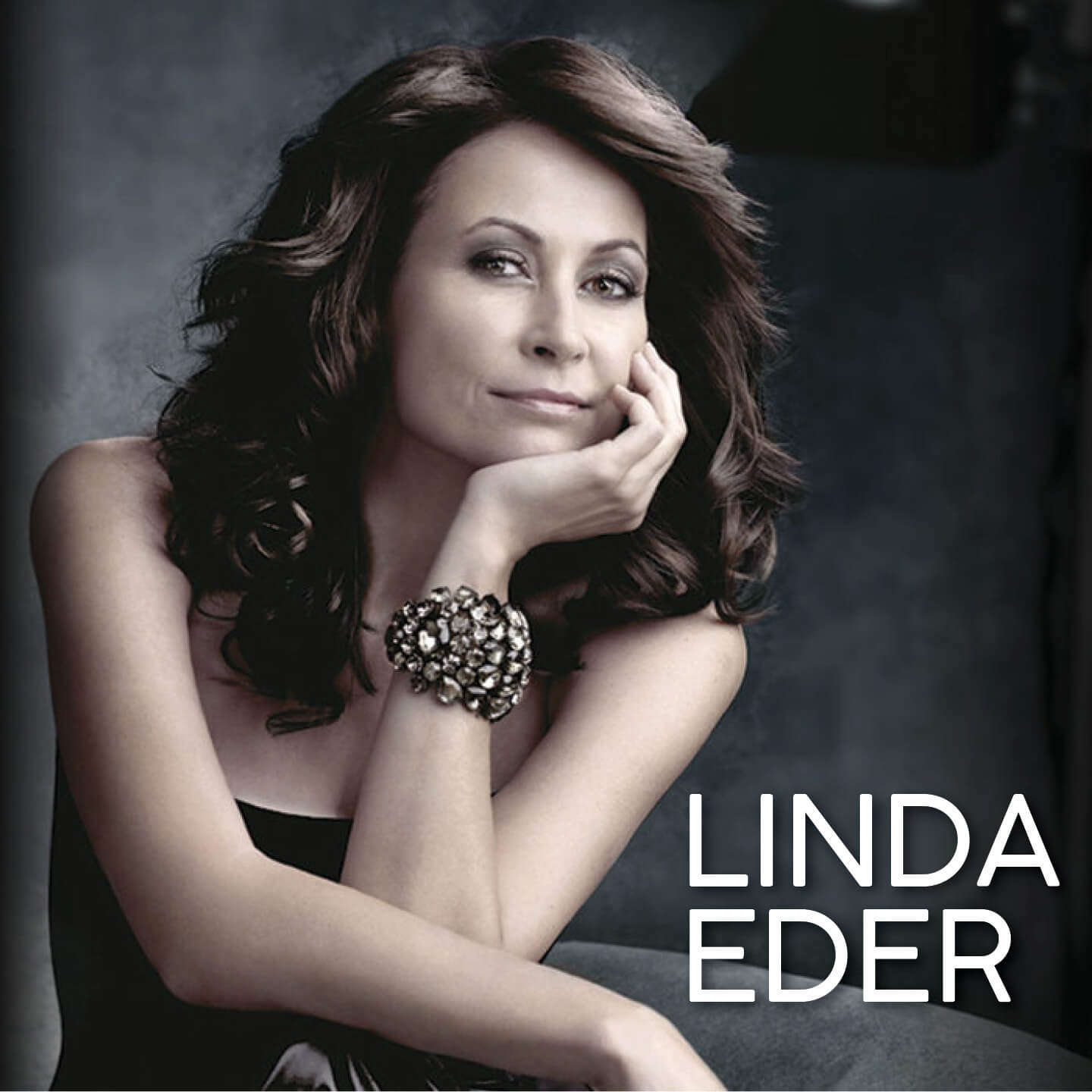 Showcasing one of the greatest voices of our time, Linda Eder’s diverse repertoire spans Broadway, Standards, Pop, Country, and Jazz.

Eder launched her recording career in 1991 with her self-titled debut album and soon established a vital niche as America’s most popular and acclaimed new interpreter of Pop, Standard and Theatrical genres. She released two more solo albums before starring in the Broadway production of JEKYLL & HYDE beginning on April 28, 1997. As the tragic character “Lucy” in this new musical, Eder blew the roof off New York City’s Plymouth Theatre eight times a week as she belted out her signature songs “Someone Like You” and “A New Life.” Her Broadway debut, for which she was rewarded with a Drama Desk nomination, sent her already rapidly rising star blazing across the sky securing her a spot as one of America’s most beloved singers and dynamic “live” performers.

After leaving Broadway, Eder’s recording career continued “full steam ahead” with her discography to date being comprised of 18 solo recordings and numerous musical recordings. She focused on mostly Broadway, Standard and Pop music for many years, which highlighted her abundant vocal gifts as well as her skill for delivering dramatic, emotionally resonant interpretations of mostly familiar songs while making them her own.