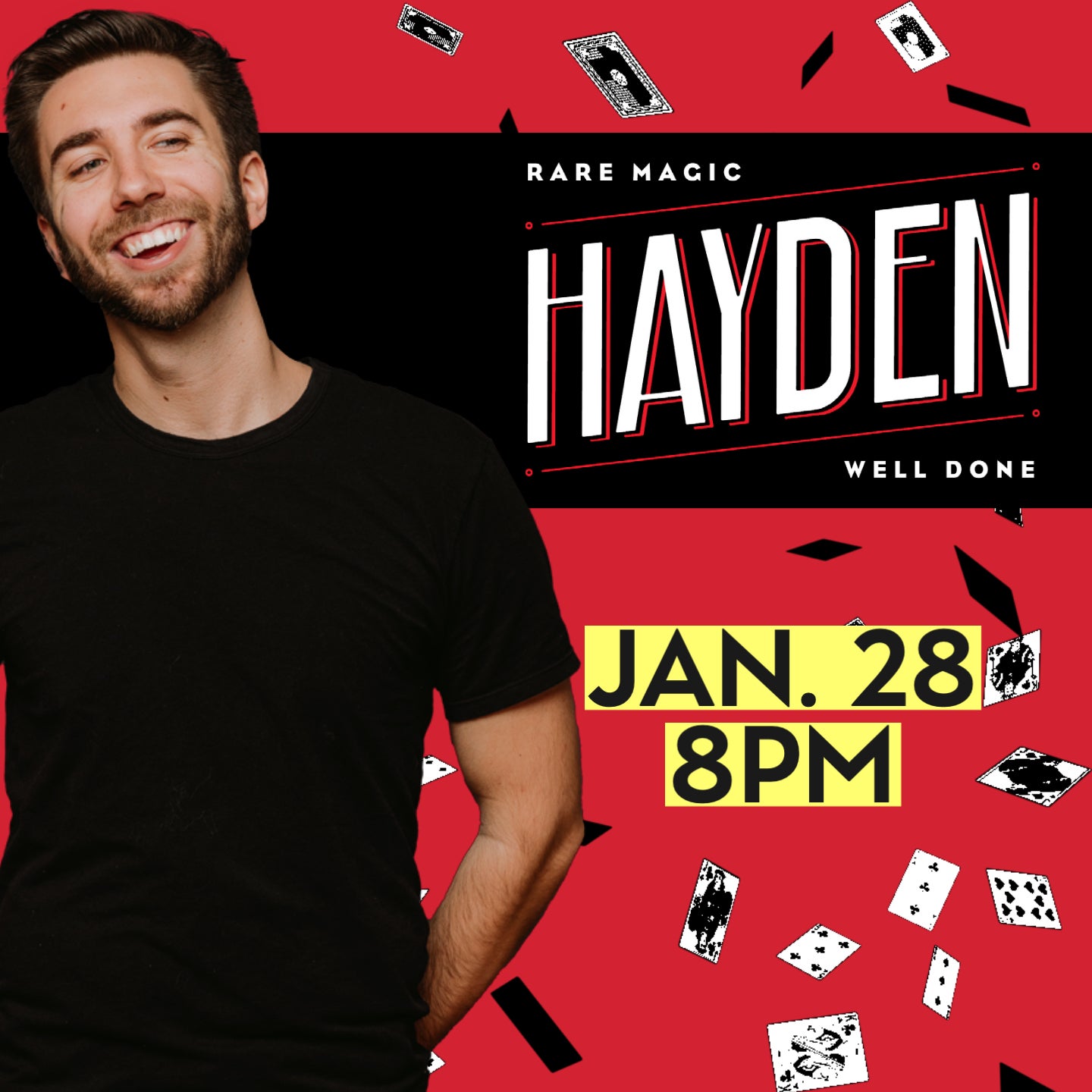 Hayden is a modern magician and mentalist based out of New York City. His magic combines sleight of hand, psychology, and comedy into a fun, interactive show that keeps you guessing.

Hayden was featured on the latest season of Penn & Teller: Fool Us, and completed a TED talk on interactive performance. Hayden also performs for companies such as Google, IBM, and Viacom.

Some of the magic you can expect to see in Hayden’s magic show includes magic with borrowed smartphones, psychology tricks, stunning sleight of hand, and Close-Up magic projected on stage.

“Hayden provides a fun, entertaining show that holds your attention throughout the entire evening. The variety of his performance and the skill to which it was executed was captivating and attested to his prowess as a magician and performer.” – World Magic Review UK