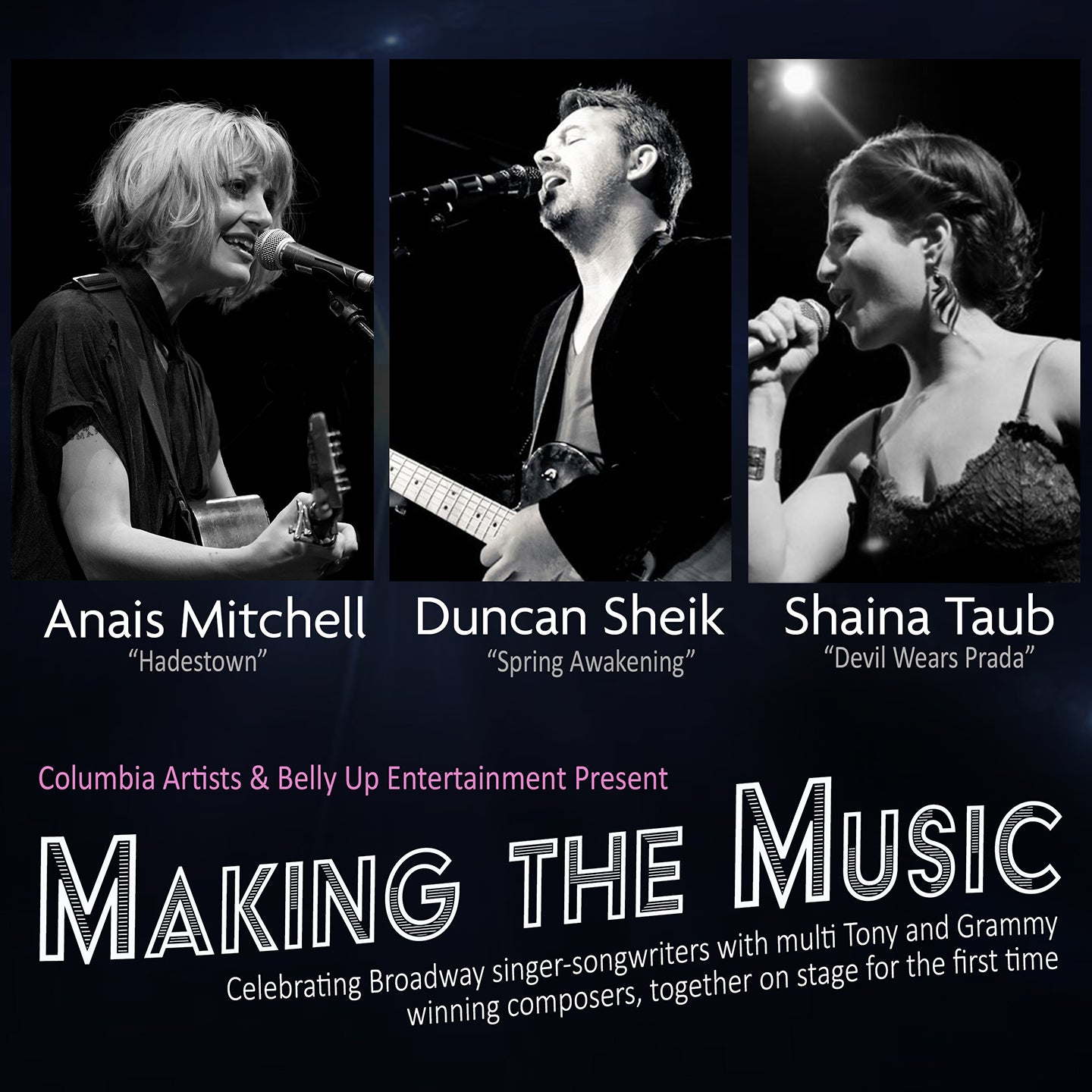 Sharing their songs and stories in an intimate and unique collaborative concert, MAKING THE MUSIC features three outstanding contemporary singer-songwriters and world-class performers whose musical visions are currently energizing the stages of Broadway.

Shaina Taub - Emmy-nominated songwriter and performer, lyricist for Elton John’s upcoming DEVIL WEARS PRADA. Starred in original Off-Broadway cast of HADESTOWN and featured on the live cast album. Artist-in-residence at Public Theater, where she was commissioned to write musical adaptations of Shakespeare’s AS YOU LIKE IT and 12TH NIGHT.