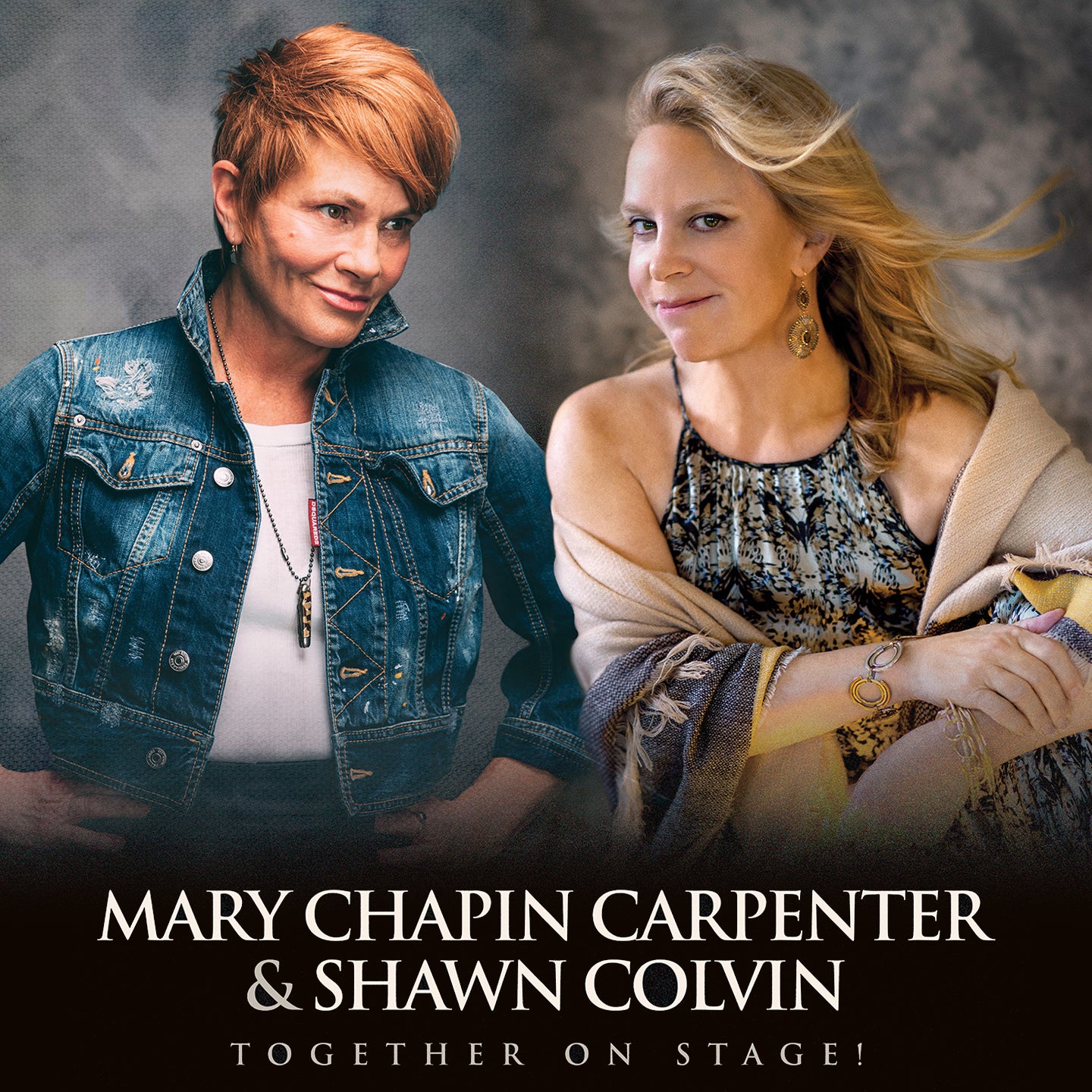 Mary Chapin Carpenter and Shawn Colvin: Together On Stage

This event was originally scheduled for April 8, 2020.

Carpenter and Colvin - longtime friends for over 30 years - will appear on stage together as an intimate acoustic duo, swapping songs and sharing stories. These special shows will feature the acclaimed songwriters performing material from their vast catalogues as well as some of their favorite songs.

Carpenter and Colvin previously toured together in 2013 to the delight of both fans and critics. Audiences were invited to share the artists' "living room" as they played music and traded quips in a warm, comfortable setting inspired by the duo's long-lasting camaraderie.

Over the course of her acclaimed career, Mary Chapin Carpenter has sold over 14 million records. With hits like "Passionate Kisses" and "He Thinks He'll Keep Her," she has won five Grammy Awards (with 15 nominations), two CMA awards, two Academy of Country Music awards and is one of only fifteen female members of the Nashville Songwriters Hall of Fame. Her songs speak to the most personal of life's details and the most universal. Carpenter's most recent release, Sometimes Just the Sky, a celebration of her acclaimed 30-year recording career, features new versions of some of the singer's most beloved songs plus one newly penned track. Of the music, Billboard praises "...the new rendition features not only different flavors and textures created by the players but also a deeper meaning within the lyrics, which hold up 30 years later."

Shawn Colvin won her first GRAMMY Award for Best Contemporary Folk Album with her debut album, Steady On, in 1989. She has been a mainstay of the contemporary folk music scene ever since, releasing twelve superlative albums and establishing herself as an enduring talent. Her songs are slow-release works of craft and catharsis that become treasured, lifetime companions for their listeners. Colvin triumphed at the 1998 GRAMMY Awards, winning both Record and Song of the Year for "Sunny Came Home." Her inspiring and candid memoir, Diamond In The Rough, was published in 2012. Shawn was recently recognized for her career accomplishments when she was honored with the 2016 Lifetime Achievement Trailblazer Award by the Americana Music Association. Presenting her with this prestigious award was Bonnie Raitt. Said Raitt, "She's simply one of the best singers I've ever heard-- and a truly gifted and deep songwriter and guitarist... She was groundbreaking when she emerged and continues to inspire me and the legions of fans and other singer/songwriters coming up in her wake." In Sept. 2019, to commemorate the 30th anniversary of the release of Steady On, Colvin released a special, newly-recorded all acoustic version of that landmark album.