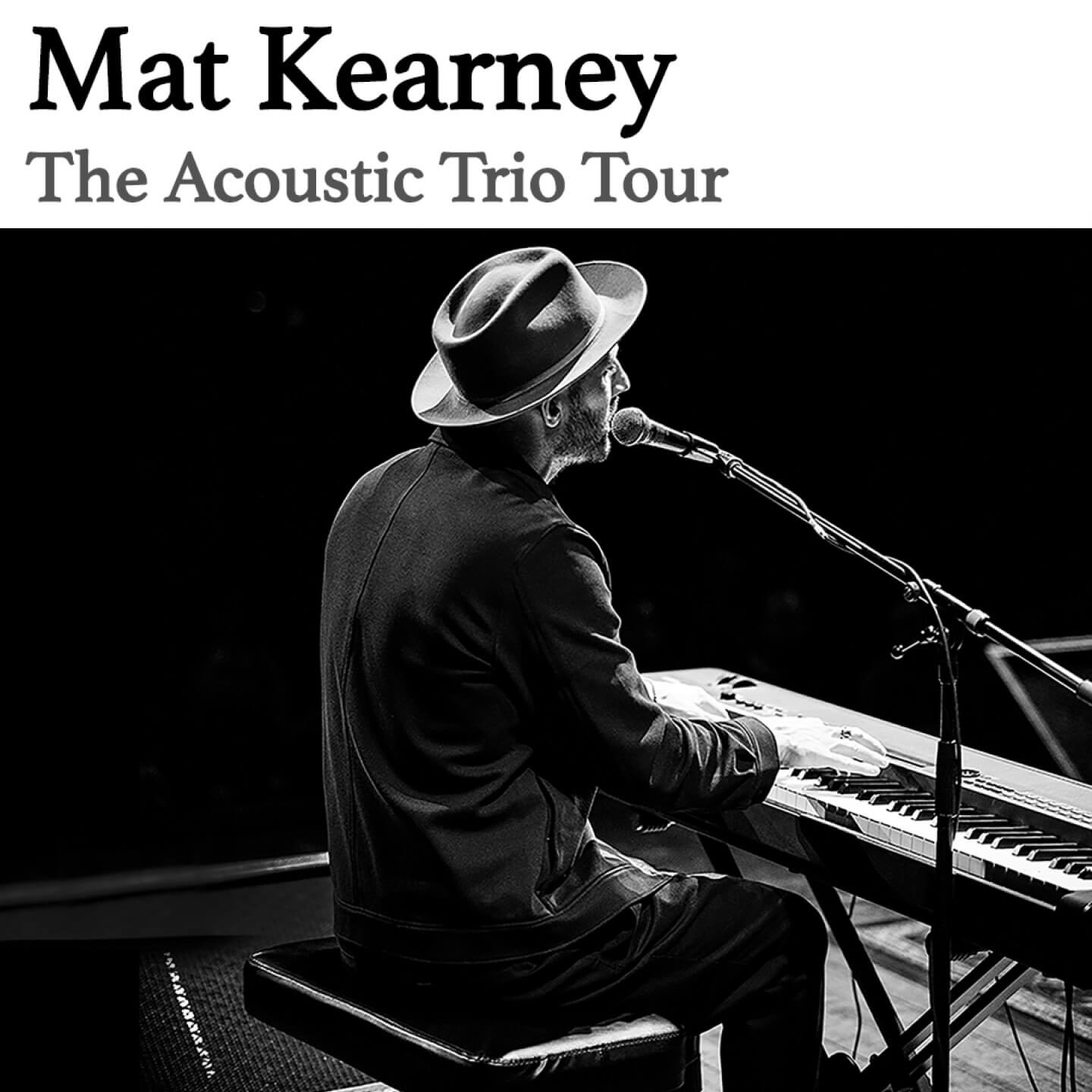 Nashville-based, Oregon-born Mat Kearneyis back with January Flower. Written between an isolated retreat in Joshua Tree and his home studio, January Flower sees Kearney in his rawest form, distilling the songwriting process and rediscovering the joy of making music.

Over his career, Kearney has released five studio LPs, claimed the #1 spot on iTunes, topped multiple Billboard charts, made four entries into the Hot 100, amassed over 577MM on demand streams and over 2.5 BILLION global streams. Kearney, a Multi-Platinum songwriter and producer, has performed live on TODAY, Ellen, The Tonight Show, Letterman and Jimmy Kimmel Live! and has garnered raves from USA Today, Entertainment Weekly, People, Billboard, PARADE and Marie Claire. He also has an incredible touring history, sharing the road with everyone from John Mayer to NEEDTOBREATHE as well as headlining numerous tours of his own.