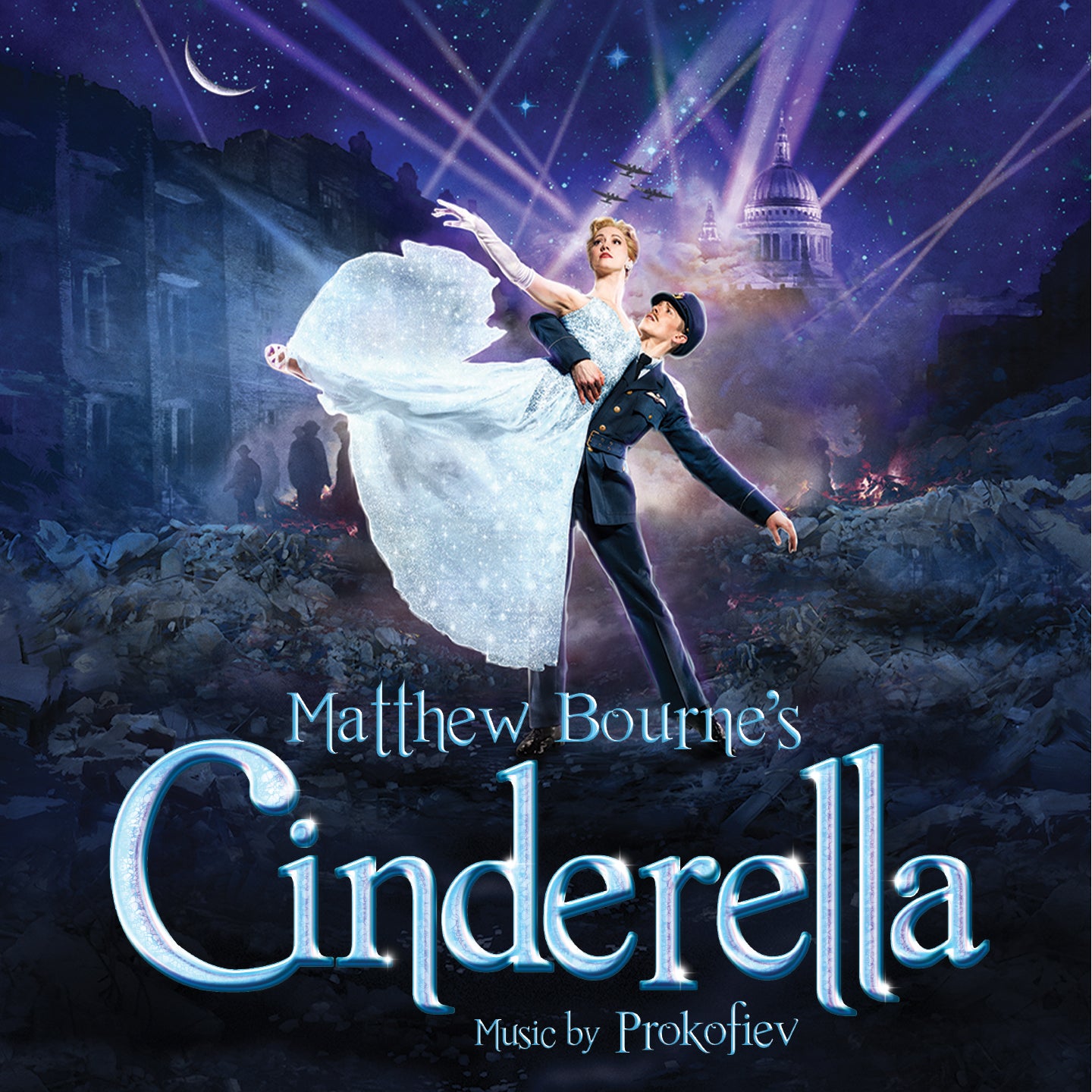 Revisit this beautiful show that graced the Belk Theater stage in January 2019! Matthew Bourne’s Cinderella is a thrilling and evocative love story told in dance. A reinterpretation of the classic fairy tale, it features heart-stopping choreography, vivid, truthful characters, and is one of New Adventures’ most popular and beloved creations.

Set in London during the Second World War, the drama features Cinderella and a dashing young RAF pilot. Together just long enough to fall in love, they are parted by the horrors of the Blitz. Among the obstacles to their reunion is Cinderella’s sinister step-mother, while the Angel weaves his magic to protect our heroine.

Olivier Award-winning designer Lez Brotherston’s sumptuous costumes and sets provide a glorious backdrop to the dancing of a wonderful cast. The accompaniment is a specially commissioned recording of Sergei Prokofiev’s magnificent score, played by a 60-piece orchestra and enhanced by Paul Groothuis’ vivid sound design.

Performed as part of the company’s 30th anniversary celebrations, Matthew Bourne’s Cinderella recreates on stage the sights and sounds of a war-torn London with the help of lighting designer Neil Austin and Duncan McLean’s video projections.

A New Adventures and Illuminations production for BBC

Matthew Bourne’s production of Cinderella was filmed live at Sadler’s Wells during its 2017/18 National and International Tour.