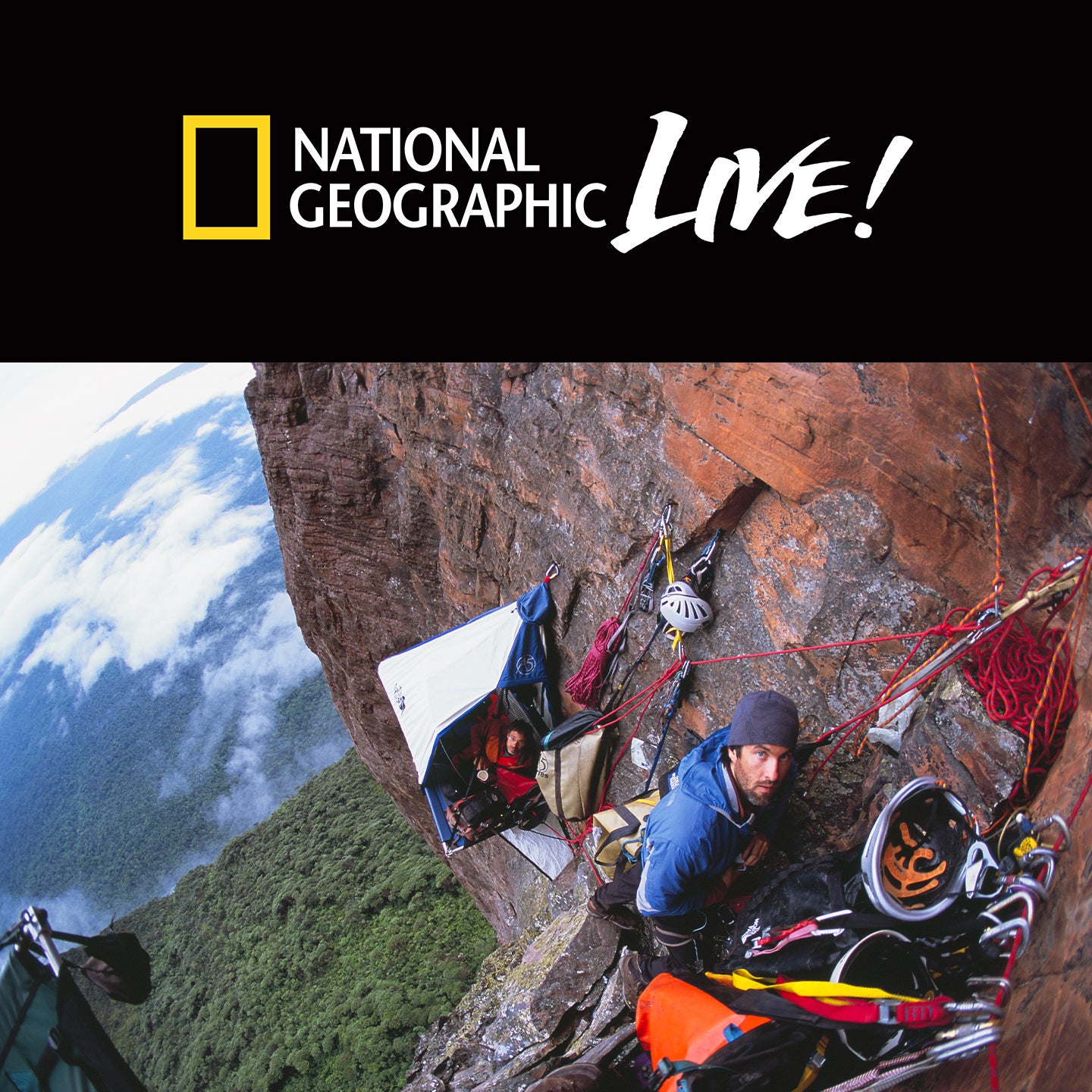 Mark Synnott is a man ever on the brink of new discovery. A big wall rock-climber of the highest order, he’s made legendary first ascents of some of the world’s tallest, most forbidding walls, from Baffin Island to Pakistan. Today, he uses his skills to break scientific ground, reaching incredibly inaccessible environments in search of rare species. It’s all in the spirit of adventure and exploration in order to educate about these sites of strange, remote beauty.

Mark Synnott, 45, is a pioneering big wall climber and one of the most prolific adventurers of his generation. His search for unclimbed and unexplored rock walls has taken him on nearly 30 expeditions to places like Alaska, Baffin Island, Greenland, Iceland, Newfoundland, Patagonia, Guyana, Venezuela, Pakistan, Nepal, India, China, Tibet, Uzbekistan, Russia, Cameroon, Chad, Borneo, Oman, and Pitcairn Island.

One of the first climbers to explore Baffin Island's remote east coast, Mark has been on five trips to the island and has pioneered four big wall first ascents on the east coast, including a grade VII on the 4700-foot north face of Polar Sun Spire—an epic wall that required the team to spend 36 nights in portaledges. In Auyuittuq National Park, Mark completed the first ski descent of the South Face of Mt. Odin via a 5000' couloir.

His book Baffin Island: Climbing, Trekking, Skiing was published in 2007. In Pakistan’s Karakoram Mountains, Mark established two grade VII big wall first ascents—The Ship of Fools on Shipton Spire and Parallel Worlds on Great Trango Tower. The latter, a 6000-foot wall topping out over 20,000 feet, is one of the longest rock climbs in the world. Closer to home, Mark has climbed Yosemite’s El Capitan 22 times, including several one-day ascents.

When he's not in the mountains, Mark works with The North Face Research, Design, and Development team and lectures frequently on his life as a professional climber and explorer. He has done motivational speaking for clients like General Motors, Bank of New York, Vanity Fair, the X Prize Foundation and National Geographic. Mark has also worked extensively in the film and television industry, both in front of and behind the camera. His credits include work for National Geographic Television, NBC Sports, Warren Miller Entertainment, Teton Gravity Research and Red Bull Media House. An accomplished journalist and author, Mark is a regular contributor to National Geographic magazine, and his work has appeared in many other publications, including Men's Journal, Outside, Climbing, Rock & Ice, Skiing, and New York Magazine.

Mark is also a certified mountain guide and the owner and director of one of the premier guide services in the east: Synnott Mountain Guides. SMG offers instruction in rock climbing, ice climbing, mountaineering, backcountry skiing, and avalanche education. He is also a longtime member of the Mountain Rescue Service (MRS) and currently serves on the board of MRS and the Access Fund.