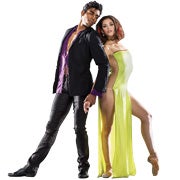 A sizzling version of a Shakespeare classic

Deception, desire and paparazzi take center stage in Dwight Rhoden’s adaptation of Othello. A musical theater style production with original music, Othello sizzles as it puts Shakespeare’s characters into a 21st century rock and roll lifestyle. Iago, the story’s narrator, is a one-hit wonder with a stalled career and an insatiable hunger for the spotlight. He wishes to bring Othello, a powerful music industry exec, down and uses Othello’s pop star wife, Desdemona, in his scheme. This contemporary adaptation of Othello showcases the dancers’ athleticism and theatrical flair with seductive pas de deuxs and large scale, intricate dance numbers. Othello is so dramatic it could be ripped from the gossip headlines of today!

Bonus: Artistic Director Jean-Pierre Bonnefoux is proud to announce NC Dance Theatre will perform a work by choreographer Jiri Kylian for the first time. Kylian’s somber and soulful Forgotten Land, which takes inspiration from a painting of water eroding the shore, opens the Othello evening.