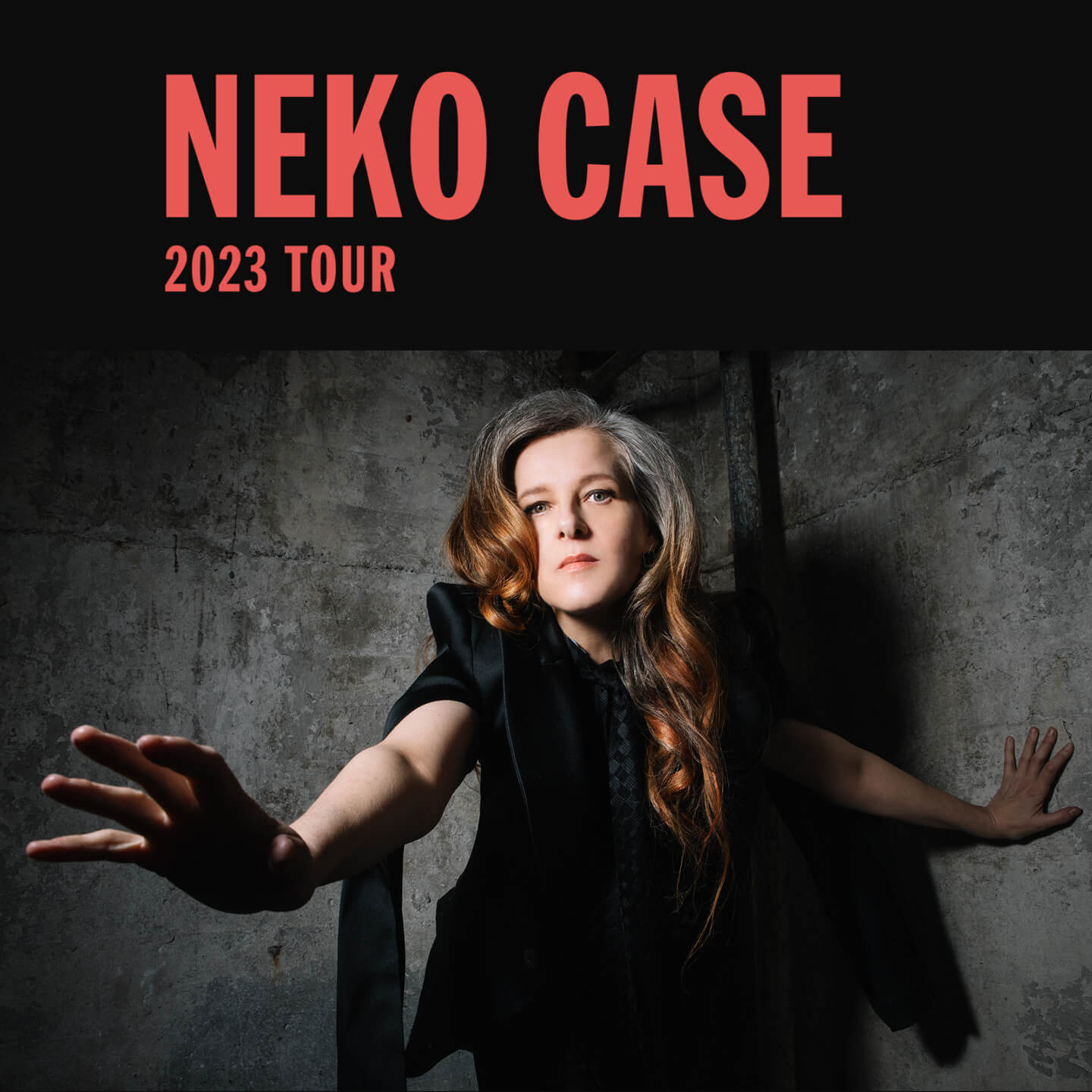 Neko Case steps out, cutting the sky and singing the stars, spinning fury and mercy as she goes. She loves the world and wears her heart on her sleeve, but she might eat it before you get to thinking it belongs to you.

Wild Creatures pulls together some high points of feral joy from twenty-one years of solo work by Neko Case. The Virginianmarked Neko’s debut as a solo artist in 1997. She delved into darkness in 2000 with Furnace Room Lullaby, scrawled Blacklisted in 2004 and recorded The Tigers Have Spoken live the same year. In 2006, she dreamed Fox Confessor Brings the Flood, and in 2009 unleashed Middle Cyclone. She plumbed her own life in 2013 for The Worse Things Get, the Harder I Fight, the Harder I Fight, the More I Love You, and raised hell in 2018 with Hell-On. Now in her third decade of recording under her own name, she’s just getting started.

Is there another songwriter so fearless and inventive? Bending decades of pop music into new shapes, she wields her voice like a kiss and her metaphors like a baseball bat. She has cast the fishing net of her career wide—from Seattle and Vancouver to Chicago and Stockholm, setting up her home base on a farm in New England.

Gathering power year after year, Neko sings with the fierce abandon of a newborn infant crying in a basket in the woods. Since escaping the labels of country and Americana, the gorgeous train-whistle vocals of her early career sit submerged in her later style, where their ghost can appear any minute. When her voice jumps an octave, it’s almost visible, like sparks at night. “I never knew where I wanted to go or what I wanted to do with my voice,” she says, “but I just wanted to do it so bad.”

She’s doing it on her own terms, but the legacy she’s building is one that can stand up to music made by any other solo artist in her lifetime. Don’t look away; you never know what might happen. “I’m just trying,” she says, “to be myself as hard as I can.”