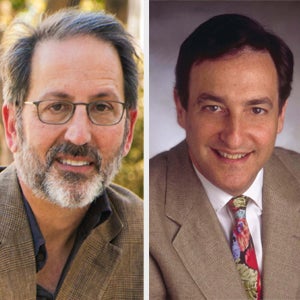 Our Times Re-imagined: Our Water - An Uncertain Future with Ira Flatow and Jay Famiglietti

Join National Public Radio's Ira Flatow, host of "Science Friday," and Jay Famiglietti, senior water scientist for NASA, for an on-stage conversation at Booth Playhouse about America's water crisis and the outlook for the Carolinas.

The two are appearing through “Our Times Re-Imagined,” a speaker series from the Charlotte Observer and Bank of America that brings major voices to Charlotte to discuss important matters of the day.

Famiglietti, called the “Al Gore of Water” for being one of the earliest scientific voices to predict a major drought in the western United States, will show NASA-produced images of the depletion of fresh groundwater throughout the nation. He and Flatow will discuss how California found itself in the fourth year of a drought that threatens the world's richest food producing area - and how the rest of us can learn from its predicament.

The two will also touch on the Charlotte region and the Catawba River, which one advocacy group has labeled one of the nation’s most endangered rivers due to increased demands from growth, contamination and recurring droughts.

The audience is invited to post-event reception with Flatow and Famiglietti. In addition, every attendee will take home a beautiful poster of the Catawba River.

More on Flatow and Famiglietti:

Ira Flatow is an award-winning science correspondent, TV journalist and host of NPR’s “Science Friday,” a weekly call-in radio program and podcast that connects 2 million weekly listeners with scientists for informative discussions about science, technology, health, space and the environment. He describes his work as a challenge “to make science and technology a topic for discussion around the dinner table.” On television, Flatow has discussed cutting-edge science stories on a range of programs, including the four-part PBS series Big Ideas. For six years, Flatow was host and writer for the Emmy Award-winning Newton's Apple on PBS and he has been a science reporter for CBS, Westinghouse and CNBC. In his 40-year career, he has talked science on The Today Show, Charlie Rose, Merv Griffin, and Oprah. His is the author of numerous books, the latest of which is “Present at the Future.” His recent honors include the National Science Board Public Service Award (2005), AAAS Journalism Award (2000), the Carl Sagan Award (1999) and the Nierenberg Prize for Science in the Public Interest (2010). Most recently, Flatow was named the winner of the 2012 Isaac Asimov Science Award.

Jay Famiglietti is a hydrologist and professor of earth system science and of civil and environmental engineering at the University of California, Irvine (UCI).  He is on leave from UCI through June to serve as the senior water scientist at the NASA Jet Propulsion Laboratory at the California Institute of Technology. In 2013 Famiglietti was appointed to the California State Water Boards (Santa Ana Region) by Governor Jerry Brown. Jay’s research using NASA satellites to track dwindling global freshwater availability has garnered international attention. Jay’s research is often featured in the international news media, and Jay has been a regular guest on several news shows including CBS Evening News, CBS This Morning, NBC Nightly News, The Rachel Maddow Show, The Last Word with Lawrence O’Donnell and PBS News Hour, as well as NPR, BBC Radio and other public radio shows. He is currently working on his first book on groundwater depletion and emerging threats to global water security.