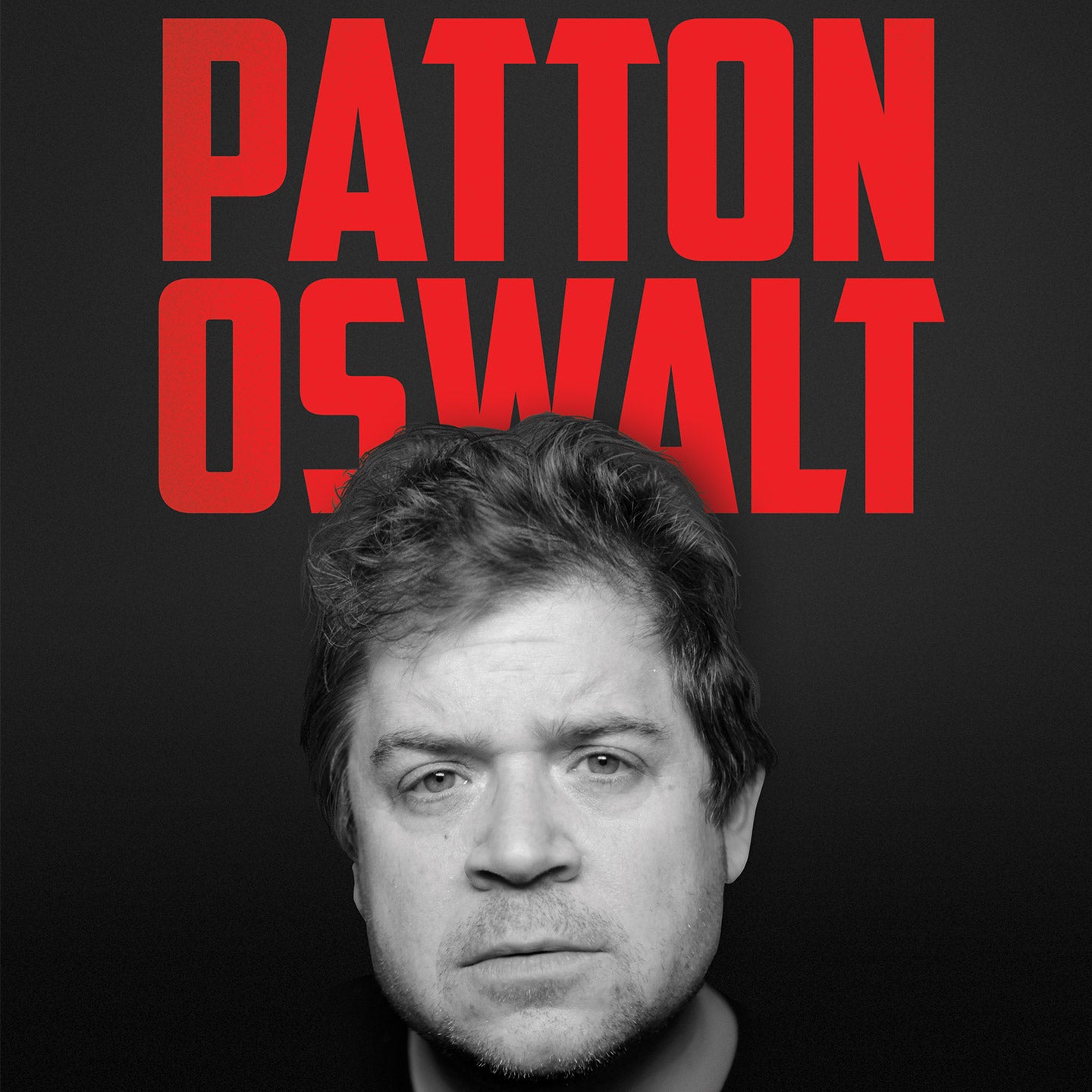 Join us as comedian, actor, and writer Patton Oswalt films his next comedy special right here in Charlotte! Patton Oswalt continues to find success in all areas of entertainment. From his award-winning comedy specials to his many memorable film roles and guest appearances on his favorite TV shows (including “Parks and Recreation,” for which he received a TV Critics Choice Award), Oswalt continues to choose work that inspires him and entertains audiences.

This past October, Oswalt released his special “Annihilation” on Netflix to critical acclaim as he addresses his own devastating loss and dealing with the unexplainable, while making it all painfully funny.  Last year, he won the Emmy for 'Outstanding Writing for a Variety Special’ for his sixth comedy special “Talking for Clapping” (Netflix) and Grammy Award for his comedy album of the same name.  Patton will play series regular, Principal Durbin, on NBC’s midseason series, AP BIO opposite Glenn Howerton. The series will premiere in February 2018. He was also on the Netflix show “Lady Dynamite,” starring fellow comedian Maria Bamford, and on HBO’s “Veep,” and was recently on the big screen in the film adaptation of Dave Eggers’ novel THE CIRCLE, alongside Tom Hanks and Emma Watson. Oswalt was nominated for a Critics Choice Award for his performance in Jason Reitman’s film YOUNG ADULT, starring opposite Charlize Theron. In 2009, he also received critical acclaim for his performance in Robert Siegel’s BIG FAN; the film was nominated for an Independent Spirit Award and Oswalt earned a Gotham Award nomination for his performance. Oswalt has appeared in many films, including THE SECRET LIFE OF WALTER MITTY, with Ben Stiller, Steven Soderbergh’s THE INFORMANT, alongside Seth Rogen in OBSERVE AND REPORT, in Paul Thomas Anderson’s MAGNOLIA, ZOOLANDER, STARSKY AND HUTCH, and RENO 911!: MIAMI, among many others.

He also provided the voice for ‘Remy’, the rat, in Pixar’s Oscar-winning RATATOUILLE, and has voiced characters on TV shows such as “Archer,” “BoJack Horseman,” “The Simpsons,” “Bob’s Burgers,” “Aqua Teen Hunger Force,” and “Word Girl.”  He voices the lead Happy, on SYFY’s HAPPY which premiered in December 2017. He is also the narrator on ABC’s hit comedy “The Goldbergs.”

On TV, Oswalt had a starring role on Adult Swim’s “The Heart, She Holler,” was a series regular on Showtime’s “United States of Tara,” recurred on the SyFy series “Caprica,” and has had many guest roles on “Veep,” “Agents of S.H.I.E.L.D.,” “Parks and Recreation,” “Justified,” “Two and a Half Men,” “Portlandia,” “Bored to Death,” “Flight of the Conchords,” The Sarah Silverman Program,” “Tim and Eric’s Awesome Show,” and “Seinfeld,” among others.   He is also very well known for playing ‘Spence’ on “The King of Queens” for nine seasons.  He was also a regular contributor to “Countdown with Keith Olbermann,” “Real Time with Bill Maher,” and Lewis Black’s “Root of All Evil.”

As a comedian, Oswalt has shot seven TV specials and released five critically acclaimed albums, including his Grammy-winning Talking for Clapping (which the one-hour special of the same name earned him an Emmy) and Grammy-nominated Tragedy Plus Comedy Equals Time that debuted in 2014. Finest Hour also received a Grammy nomination for “Best Comedy Album,” as well as a Showtime one-hour special of the same name. In 2009, Patton received his first Grammy nomination for his album My Weakness Is Strong (Warner Brothers Records).

Oswalt starred in The Comedians of Comedy, which was shot as an independent feature film, a TV series and a long running tour. He tours regularly and extensively, headlining both in the United States, Canada, and the UK. Oswalt also has a regular, bi-monthly show at the new Largo at the Coronet Theater in Los Angeles. Both of his published books Zombie Spaceship Wasteland (2011) and Silver Screen Fiend (2015) are New York Times Best Sellers.