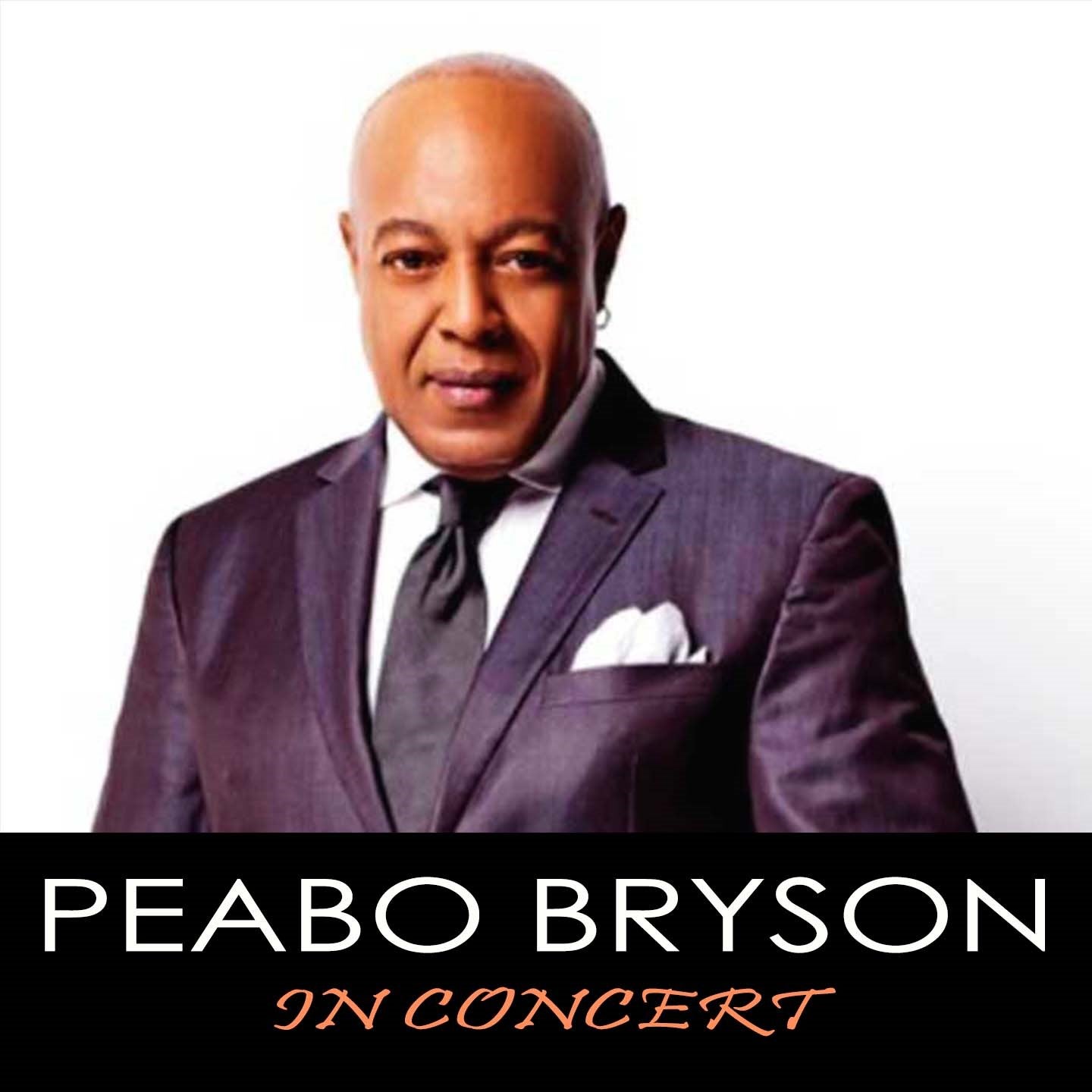 Jazz N Soul Music & SoundVizion LLC present Grammy award winning legend Peabo Bryson, with special guest vocalist Rhonda Thomas, live in concert! Don’t miss an evening of memorable Soul and Pop hits spanning 4 decades performed by the “King of Balladeers”, Peabo Bryson! Prepare to hear favorites like “Reaching for the Sky”, “Feel the Fire”, “Tonight I Celebrate My Love”, “Can You Stop The Rain“ and the Grammy award winning Disney songs “Beauty and the Beast” and “A Whole New World” from Aladdin. Enjoy an amazing evening of music with Peabo Bryson performing live at the beautiful Knight Theater in Uptown Charlotte!

VIP tickets include special concert gifts and entry to the exclusive post-concert social event at Studio 229 and the “Brooklyn Collective” art gallery.

Peabo Bryson has established a career as one of the premier male vocalists in contemporary music of the last quarter century. Possessing a beautifully rich, almost operatic voice, this two-time Grammy Award-winner has survived and prospered despite the passage of time and changes in popular musical trends. With twenty albums to his credit, Peabo Bryson has enjoyed an unprecedented, across-the-board level of international success, Bryson has the distinction of being the first artist in music history to have separate records topping four different charts.

Acclaim and recognition are nothing new for this multi-talented singer, songwriter and producer. Born April 13, 1951, in Greenville, South Carolina, Bryson spent much of his childhood on his grandfather’s farm in Maudlin, South Carolina.

In 1976, he released his debut LP, “Peabo”. The project featured Peabo composing nearly all of the songs (some with the great Thom Bell), a young Luther Vandross among the background vocalists. Bryson moved to Capitol Records in 1978, where his album “Reaching for the Sky” went gold, and the title track was a number six R&B hit. With his LP “Crosswinds” (gold,1978), he truly penetrated the hearts of soul fans everywhere with the title tracks “Feel the Fire” and “I’m So Into You”, which spent two weeks as the nation’s number two R&B hit. Peabo delivered four more albums for Capitol before making a second, even bigger album with Flack titled “Born to Love”, a gold seller that featured the smash “Tonight I Celebrate My Love” (Top 5 R&B and #16 Pop).

With each move in his career, applause for Bryson became louder. New York Times music critic Jon Pareles called Bryson the “Pavarotti of soul singers”. His duets with Natalie Cole – “What You Won’t Do for Love” – and Roberta Flack – “Tonight, I Celebrate My Love,” a Top 15 pop smash – had earned Bryson the tag “King of Balladeers.” With “If Ever You’re in My Arms Again,” which landed in the Number 10 spot on the pop charts, he scored another crossover hit and solidified his mainstream audience. Both “Tonight” and “If” went to Number One on the adult contemporary charts. A return to Capitol in 1989 for the album “All My Love” earned him his first R&B #1 single with a remake of the late Al Wilson’s “Show & Tell” (a song he proudly keeps the torch lit for in all of his shows). He hit the R&B chart-top a second time with the smash “Can You Stop The Rain“, the title track of his R&B chart-topping first of two albums for Columbia Records. The single won Bryson a 1991 Grammy nomination for best R&B vocal performance by a male, as did “Lost in the Night” in 1992.

But it was two songs for Disney animated films that earned Peabo his two Grammys. The first was 1991’s “Beauty and the Beast” with international pop singer Celine Dion which was a Number One pop hit. The very next year, Peabo struck gold again receiving another Grammy for “A Whole New World (Aladdin’s Theme)” from Aladdin which he performed with Regina Belle. Both “Beauty and the Beast” (1991) and “A Whole New World” (1992) won Oscars for “Best Song”. In June of 1993, Bryson sold out seven consecutive shows at Radio City Music Hall.

Demonstrating his skills as an actor, he appeared in the lead role for the touring production of the Tony Award-winning “Raisin” (based on “Raisin In The Sun”) and in the role of The Wizard in a touring company of “The Wiz.” In 1998, he appeared in the Michigan Opera Theater’s 100th anniversary production of Gershwin’s “Porgy and Bess” and also recorded two songs for the soundtrack for the “Barney” movie, one of which, the Bryson-produced “DREAMS,” became the lead song for the album. He also released a whopping three Christmas CDs, lovingly filled with music he has performed for years in the annual touring holiday music extravaganza, “The Colors of Christmas.”

As a performer, Rhonda Thomas shares her unique vocal styling, her definitive sultry voice and her dynamic songwriting. Rhonda Thomas was a featured soloist and background vocalist for Isaac Hayes for 11 years before his untimely passing. Rhonda served in that capacity while remaining extremely focused on elevating her solo musical career. Issac Hayes wholeheartedly supported Rhonda’s desire to spread her wings musically. He commented, “Her voice has a wide range. She has the quality, vocal timbre and vibrato of Denise Williams when she goes high. There are a lot of vocal sounds in this young woman. Jazz-wise she can scat too!”

A New York City native and Atlanta, GA resident who performs nationally and internationally, Rhonda’s natural talent, professional drive, and amazing charisma have landed her in the presence of greatness many times and has opened numerous doors for her. She has performed or shared the stage with Luther Vandross, Roberta Flack, The String Cheese Incident, Roy Ayers, Frank McComb, Dwele, Eric Roberson, Avery Sunshine, and Sam Moore (of the legendary duo Sam and Dave) just to name a few. With her enchanting voice, Rhonda has stamped her name on the hearts of all that have witnessed her singing live.