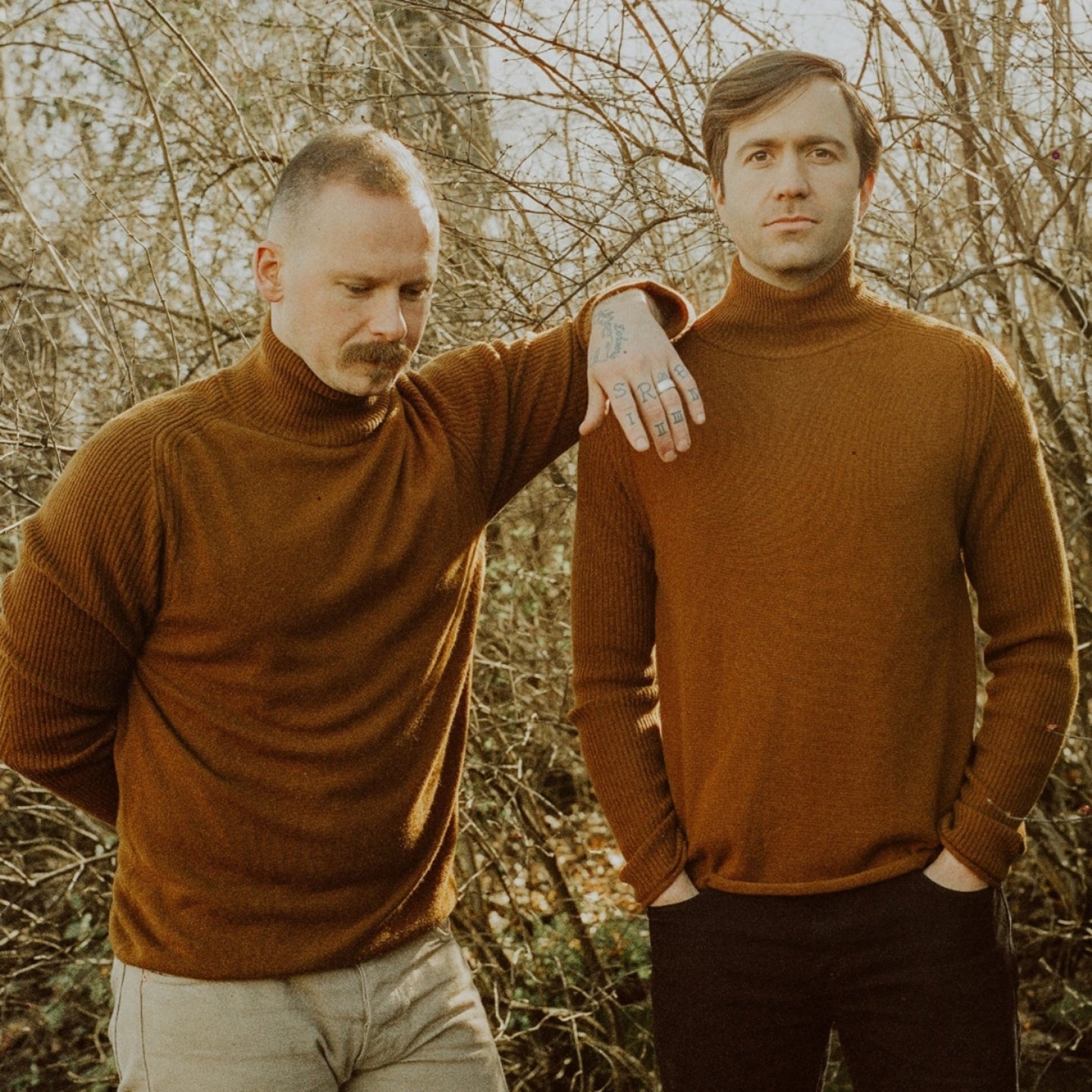 “Almost everything changed for us in these last two years,” says Andy Baxter, one half of the acclaimed duo Penny & Sparrow. “It was a painful experience in a lot of ways, but it was also a joyful one.”

Joy and pain walk hand in hand on ‘Finch,’ Penny & Sparrow’s magnificent sixth album. Written during their first major break from the road in years, the record finds the band reckoning with a prolonged period of intense personal transformation, a profound awakening that altered their perceptions of masculinity, sex, religion, divorce, friendship, vanity, purpose, and, perhaps most importantly, self. Deeply vulnerable and boldly cinematic, the resulting songs blur the lines between indie-folk and alt-pop, with dense string arrangements and atmospheric production underpinning soaring melodies and airtight harmonies from Baxter and his longtime musical partner, Kyle Jahnke.

Texas natives, Baxter and Jahnke first crossed paths at UT Austin, where they developed both a fast friendship and a deeply symbiotic musical connection. Jahnke was a gifted guitarist with an ear for melody, Baxter an erudite lyricist with a mesmerizing voice and crystalline falsetto, and the duo quickly found that their vocals blended together as if they’d been singing in harmony their whole lives. Beginning with 2013’s ‘Tenboom,’ the staunchly DIY pair released a series of critically lauded records that garnered comparisons to the hushed intimacy of Iron & Wine and the adventurous beauty of James Blake, building up a devoted fanbase along the way through relentless touring and word-of-mouth buzz. NPR praised the band’s songwriting as a “delicate dance between heartache and resolve,” while The World Café raved that they’ve “steadily built a sound as attentive to detail as Simon & Garfunkel and as open to the present day as Bon Iver,” and Rolling Stone hailed their catalog as “folk music for Sunday mornings, quiet evenings, and all the fragile moments in between.” In addition to the mountain of glowing reviews, the band also earned high profile fans—including The Civil Wars’ John Paul White, who produced 2015’s ‘Let A Lover Drown You’—and extensive tour dates with everyone from Josh Ritter and Johnnyswim to Drew Holcomb and Delta Rae.

"Her debut for Rounder Records, Mint Condition follows Spades and Roses—a 2017 release praised by American Songwriter as “an album of stunning beauty and lasting impact.” In bringing Mint Condition to life, Spence worked with producer Dan Knobler (Lake Street Dive, Erin Rae) and recorded at his Nashville studio Goosehead Palace, landing a guest appearance from Emmylou Harris and enlisting musicians from Spence’s previous projects and live band. “It’s wonderful to step into a room full of people who already know me,” says Spence. “They have this unspoken understanding of my instincts, so it made the whole process really comfortable and collaborative.”