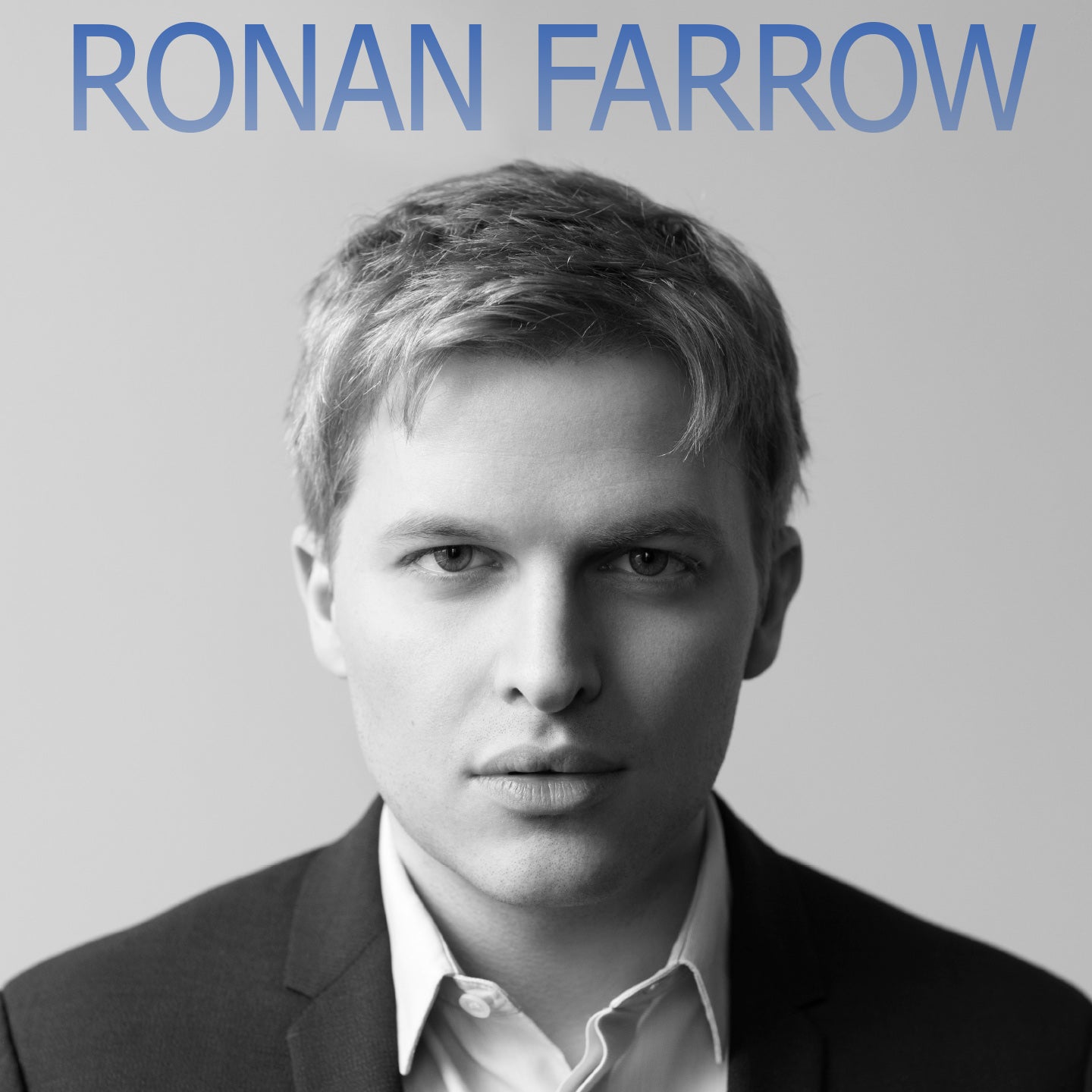 This event was originally scheduled for March 28, 2020 at Belk Theater.

Ronan Farrow is a contributing writer to The New Yorker, where his investigative reporting has won the Pulitzer Prize for public service, the National Magazine Award, and the George Polk Award, among other honors. His stories for The New Yorker exposed the first sexual-assault allegations against the movie producer Harvey Weinstein and the first misconduct allegations against CBS executives, including then C.E.O. Leslie Moonves. He was also responsible for the first detailed accounts of payments made by the National Enquirer’s parent company in order to suppress stories about Donald Trump during the 2016 Presidential campaign. Farrow's latest book, Catch and Kill is a New York Times bestseller with a companion podcast which has topped the Apple Podcast charts. Farrow is also currently producing documentaries for HBO.

Before his career in journalism, Farrow served as a State Department official in Afghanistan and Pakistan. He is also the author of the New York Times bestseller War on Peace: The End of Diplomacy and the Decline of American Influence.

Farrow has been named one of Time Magazine's "100 Most Influential People" and one of GQ's "Men of the Year". His speeches have been selected among NPR’s “Greatest Commencement Speeches Ever” and Huffington Post’s "Top 10 Speeches of the Year".