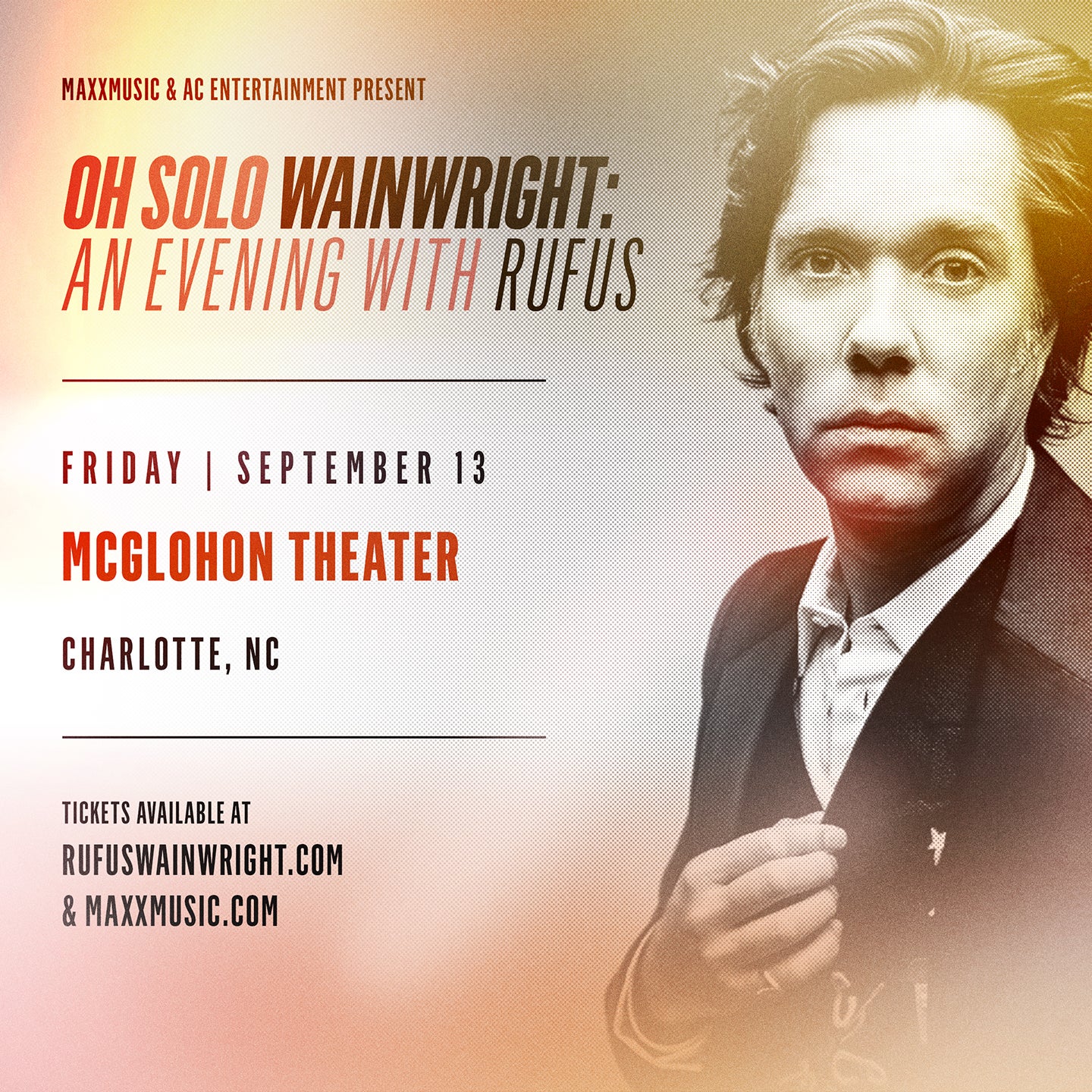 Rufus Wainwright, one of the great male vocalists, composers, and songwriters of his generation, has released eight studio albums, three DVDs, and three live albums. He has collaborated with artists ranging from Elton John, David Byrne, Robbie Williams Mark Ronson, Joni Mitchell to Burt Bacharach. His album “Rufus Does Judy” recorded at Carnegie Hall in 2006 was nominated for a Grammy.

His acclaimed first opera, Prima Donna, premiered at the Manchester International Festival in July 2009 and has since been presented in London, Toronto and BAM in New York. This summer it will be performed at the Armel Opera Festival in Hungary and Augsburg Theatre in Germany.  In 2015,  Deutsche Grammaphon released a studio recording of the opera recorded with the BBC Symphony Orchestra.

Rufus celebrated the 400th anniversary of Shakespeare’s death with the release of his latest album Take All My Loves: 9 Shakespeare Sonnets on Deutsche Grammophon worldwide in Spring 2016.

The Canadian Opera Company commissioned Wainwright’s second opera, about Roman Emperor Hadrian, to premiere in Toronto in the fall of 2018.

Alexa Rose has the rare ability to find strikingly original melodies that nevertheless sound like they must have existed for a long time, stored away maybe in the ether of creativity, self-evident and awaiting discovery. Moving deftly between complex dexterity and heart-tugging familiarity, Rose achieves a sound that is pure and maintains the brassy attitude and simple refrains that run straight through American roots music from mountain ballads to rock n roll.

Amidst the sea of earnestly soft-sung songs on the Americana circuit, Rose’s voice stands out with depth and complexity, capable of gymnastic yodels and deep resonance. She cultivates her own hard-working perspective without imitation or posturing through a tangible, relatable sense of hunger and realism about the sacrifices of the road, the elusiveness of fulfillment, and the bittersweetness of dreams.

Lucy Wainwright Roche singer-songwriter, and the daughter of musicians Loudon Wainwright III and Suzzy Roche (of the Roches) and half-sister of Rufus Wainwright and Martha Wainwright.