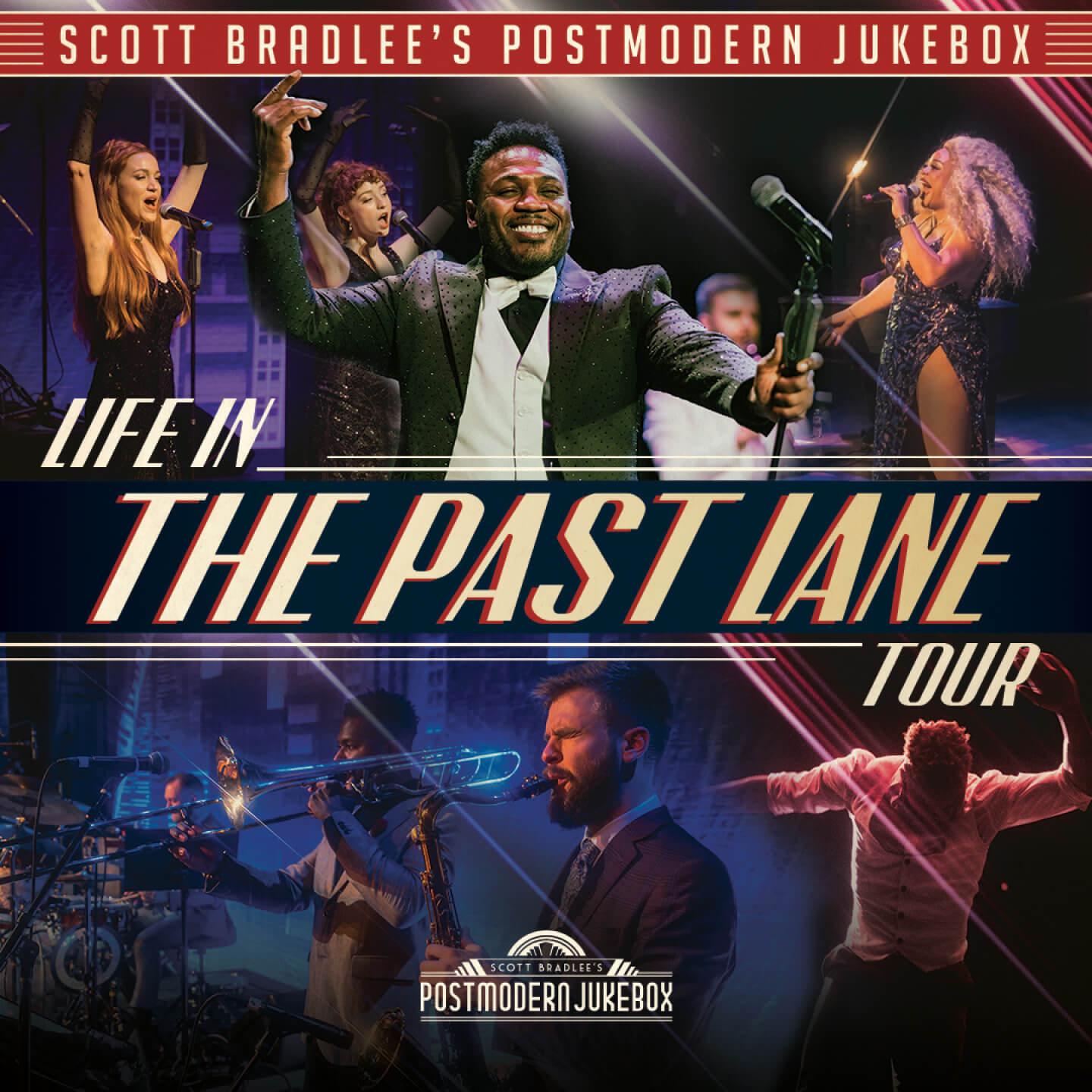 Scott Bradlee’s Postmodern Jukebox: Life in the Past Lane Tour

When New York City pianist Scott Bradlee created Postmodern Jukebox out of a basement in Queens in 2011, his goal was simple: to remake the pop hits of today into the classic sounds of the legends of yesterday. Miley Cyrus became The Platters. Bruno Mars became Frank Sinatra. The Spice Girls became The Andrews Sisters. Guns ’n’ Roses became Bessie Smith.

Now, nearly a decade later, Postmodern Jukebox has grown to become a pop culture mainstay in its own right, having played over a thousand shows on six continents worldwide — including acclaimed venues like Radio City Music Hall, Sydney Opera House, and Red Rocks Amphitheater. In the process, PMJ has introduced audience to many of the world’s greatest singers, dancers, and instrumentalist — many of whom have gone on to become stars in their own right.

One part celebration of vintage music and culture, one part “’Saturday Night Live’ for singers”, a Postmodern Jukebox show is an unforgettable trip back in time that makes Pop Music History — in your own hometown.