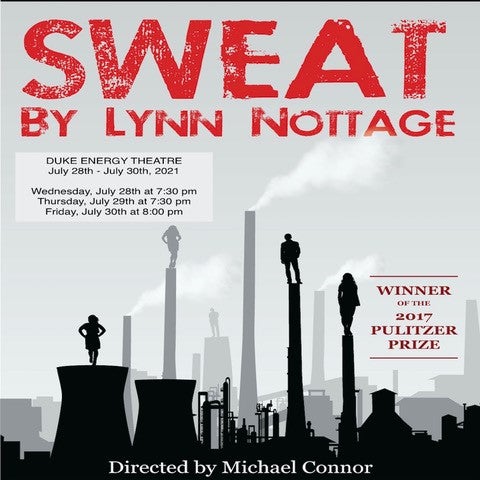 Two-time Pulitzer Prize winning playwright, Lynn Nottage, tells the story of a group of friends who have spent their lives sharing drinks, secrets, and laughs while working together on the factory floor. But when layoffs and picket lines begin to chip away at their trust, the friends find themselves pitted against each other in a heart-wrenching fight to stay afloat. From the Oregon Shakespeare Festival (2015) to Broadway (2017), Sweat has sparked critical and popular acclaim across the country.

Filled with warm humor and tremendous heart, Nottage based Sweat on stories she gathered from people living in Reading, PA, one of the nation’s poorest cities. Nottage explores the human casualties of union-busting against the backdrop of the Wall Street bail-out. “Keenly observed and often surprisingly funny— but ultimately heartbreaking—the work traces the roots of a tragedy with both forensic psychological detail and embracing compassion. Ms. Nottage…is writing at the peak of her powers…” —NY Times. “