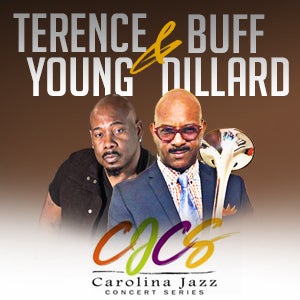 Born into a musical bloodline, at the age of six, Buff sparked an interest for singing, drums and playing brass instruments. By the age of twelve, he developed more of a passion to play the trombone and decided to focus on mastering the slide. As a student of Martin Luther King High School in Philadelphia Pennsylvania, his gift allowed him to attend the Philadelphia All-City Jazz Academy, perform with the Philadelphia All-City Jazz Band, jazz sensation Pieces of a Dream, and the legendary Count Basie Band. He was also able to attend jazz workshops instructed by the celebrated jazz trumpeter Wynton Marsalis.

​Years later, Buff worked with the Prince of Gospel, Pastor John P. Kee and was featured as a soloist on the Strength and New Divine Destiny projects. This extraordinary artist has worked with Calvin Richardson, and performed with Willie Clayton, Dave Hollister, KimWaters and Miles Jaye. He's headlined for numerous artists including Alex Bugnon, Ben Tankard, Shirley Caesar, Helen Baylor, The Williams Brothers, Charles Wollfork Angela Christie, the SOS Band, Jasmine Sullivan, Kevon Edmonds of the group After 7, Faith Evans, Walter Beasley, Boney James and Glenn Lewis. Buff has released a total of 8 independent projects including his latest album titled "Mr. Bonejazz" and three single from this album are in heavy rotation globally. Buff is endorsed by Conn/Sellmer/King Instruments and continues his career as a trombonist, performer, independent international recording artist and CEO of Buff Dillard Music LLC.

Terence Young has earned the reputation of one of the most talented and electrifying Lead Guitarist in the world. He has released 10 cds to date, ranging from Smooth Jazz and R&B, to gospel, Christmas, instrumental rock, and his original guitar compositions.

Terence has been called on to perform the National Anthem at the NBA and various college Games, and he was the featured artist at the NAMM, the National Association of Music Merchants. He has received several prestigious awards, including a Humanitarian Award.

A native of Elko, SC, Terence Young now resides in Columbia SC where he manages The FINESSE BAND (TheFinesseBand.com), one of the top party bands in the Southeast, while still producing and performing his Jazz Concerts Nationwide. These shows are known as THE TERENCE YOUNG EXPERIENCE... Entertaining and electrifying are just two words Terence's fans use to describe his shows.