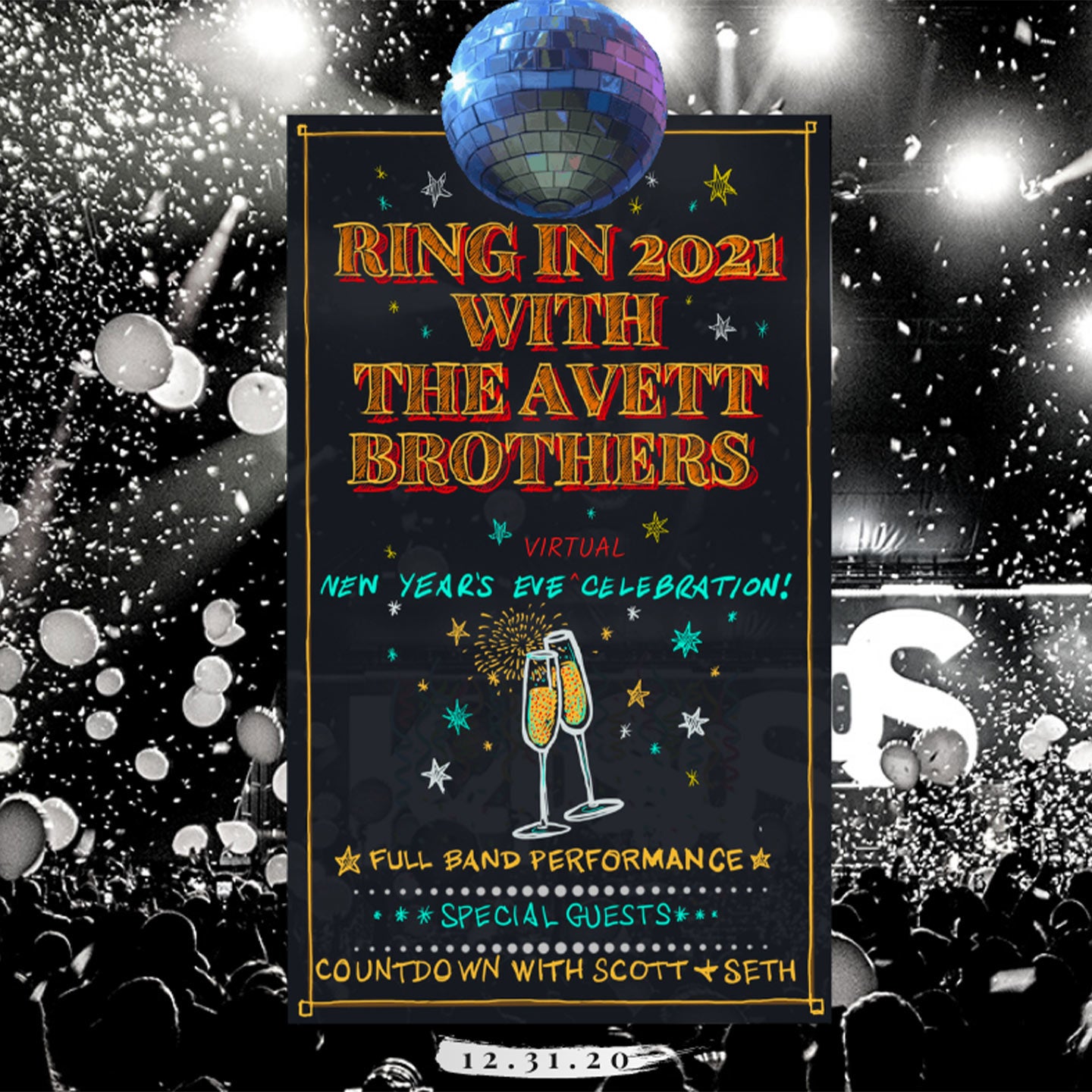 Ring in the New Year with The Avett Brothers! On the heels of two successful drive-in concerts at Charlotte Motor Speedway, The Avett Brothers have announced a special New Year’s Eve virtual celebration. The event on Dec. 31, 2020 will include a full band performance with special guests, and a countdown to 2021 with Scott and Seth Avett. Event start time and special guests will be announced at a later date.

New Year’s Eve concerts are a long-standing tradition for The Avett Brothers. This year will be no exception marking the band’s 17th annual New Year Eve’s performance. Despite the challenges of COVID-19, the band was determined to continue the ritual, albeit this year reaching even more people with the show being made available to fans across the globe virtually. With their passionate and memorable live performances, this event will be no exception, promising to deliver an extraordinary evening of music.

The Avett Brothers have provided a much-needed respite from the chaos of 2020 with their authentic, honest and emotional music. Their critically acclaimed latest album, The Third Gleam is out now on vinyl, CD, and digitally via American Recordings / Loma Vista Recordings. Heralded by the likes of Paste, NPR, Esquire, American Songwriter and more, The Bluegrass Situation raved about the new album in a recent profile saying, “each song is striking in its approachable yet profound sincerity.” Watch the Avett Brothers’ stripped back performance on CBS This Morning Saturday earlier this month where they played rousing versions of "Untitled #4" and "I Go To My Heart."

The band also just released an inspiring and moving rendition of Woody Guthrie’s classic, “This Land Is Your Land.” Watch the striking music video here. The cinematic clip was directed by the Emmy-winning Samuel Bayer, whose credits Nirvana’s "Smells Like Teen Spirit," and Blind Melon’s “No Rain,” among other iconic videos. A labor of love for both the band and director, the video serves a timely message of hope and unity at an exceptionally divisive period. CMT.com noted, "With a penchant for artistry and authenticity, the Avett Brothers and director Samuel Bayer present a compelling portrait of patriotism in the beautiful new music video for the folk classic,” while Rolling Stone aptly noted, “The roots-music power players celebrate both unity and diversity in their rendition of Woody Guthrie’s American staple. But the Avetts’ sparse banjo-led rendition is only part of the story: The video, by director Samuel Bayer, is a snapshot of all the different faces and places that have always made the U.S. great.”