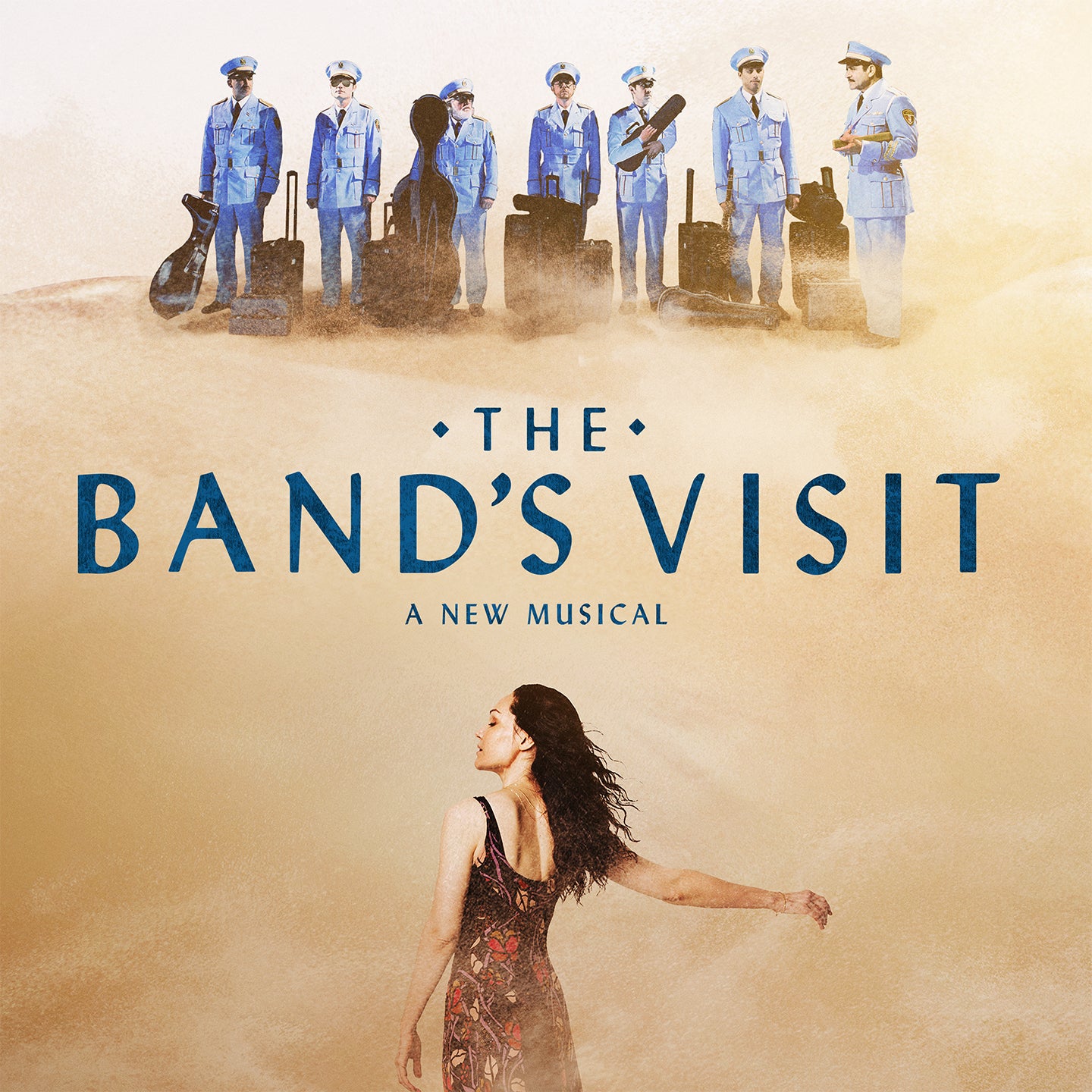 “An exquisitely peaceful musical. The Band’s Visit is one of those rare shows that has captured a bit of magic.  It’s all so simple, and just beautiful.” – The Washington Post

The critically acclaimed smash-hit Broadway musical The Band’s Visit is the winner of 10 Tony Awards, including Best Musical, making it one of the most Tony-winning musicals in history.  It is also a Grammy Award® winner for Best Musical Theater Album.

In this joyously offbeat story, set in a town that’s way off the beaten path, a band of musicians arrive lost, out of the blue.  Under the spell of the desert sky, and with beautiful music perfuming the air, the band brings the town to life in unexpected and tantalizing ways.  Even the briefest visit can stay with you forever.

The cast of world-class performers is led by award-winning Israeli actor Sasson Gabay, star of the original film and the Broadway production, and Chilina Kennedy, known best for her historic run as Carole King in Broadway’s Beautiful – The Carole King Musical.

With a Tony- and Grammy-winning score that seduces your soul and sweeps you off your feet, and featuring thrillingly talented onstage musicians, The Band’s Visit rejoices in the way music makes us laugh, makes us cry, and ultimately, brings us together.

“ONE OF THE MOST RAVISHING MUSICALS YOU WILL EVER BE SEDUCED BY.”

“ONE OF MY FAVORITE MUSICALS OF ALL TIME!”

“A MASTERPIECE OF SMALL BUT POWERFUL MOMENTS!”

"YOU’LL LEAVE WITH YOUR SENSES FLUSH AND TINGLING!“