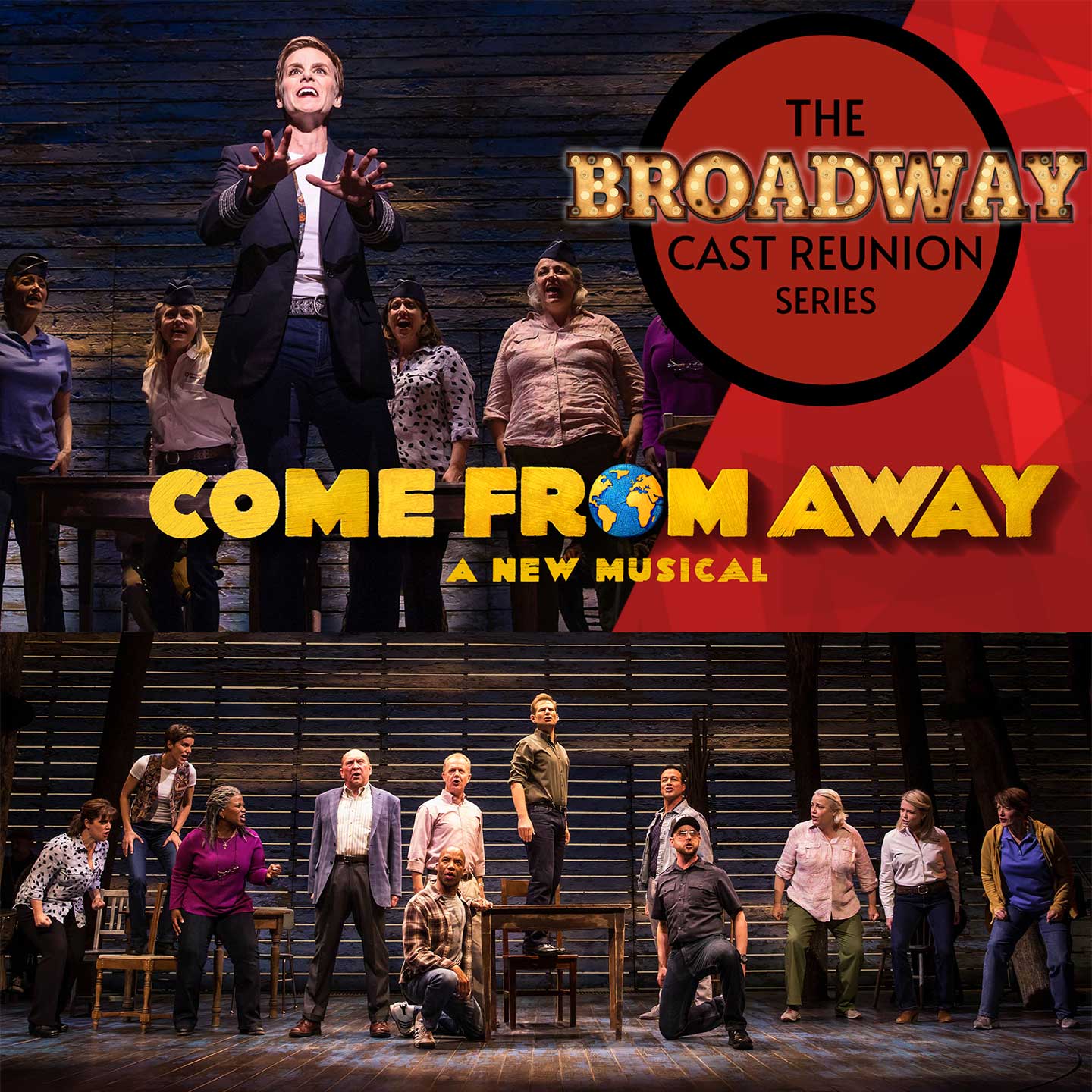 The Broadway Cast Reunion Series: "Come From Away"

Meet the original Broadway stars of the Tony & Olivier Award winning musical COME FROM AWAY on Wednesday, May 26, 2021 at 8 p.m.

The Broadway Cast Reunion Series gives audiences a chance to do what they may never have done before: visit “backstage” with the cast and hear personal, hilarious, unscripted stories and gossip – as the casts really let their hair down. Viewers can even ask questions via the chat feature!

ABOUT COME FROM AWAY
COME FROM AWAY tells the remarkable true story of 7,000 stranded passengers and the small town in Newfoundland that welcomed them. Cultures clashed and nerves ran high, but uneasiness turned into trust, music soared into the night, and gratitude grew into enduring friendships.

Prior to the start of the pandemic, global productions of COME FROM AWAY included New York, Toronto, Melbourne, London and a North American Tour.