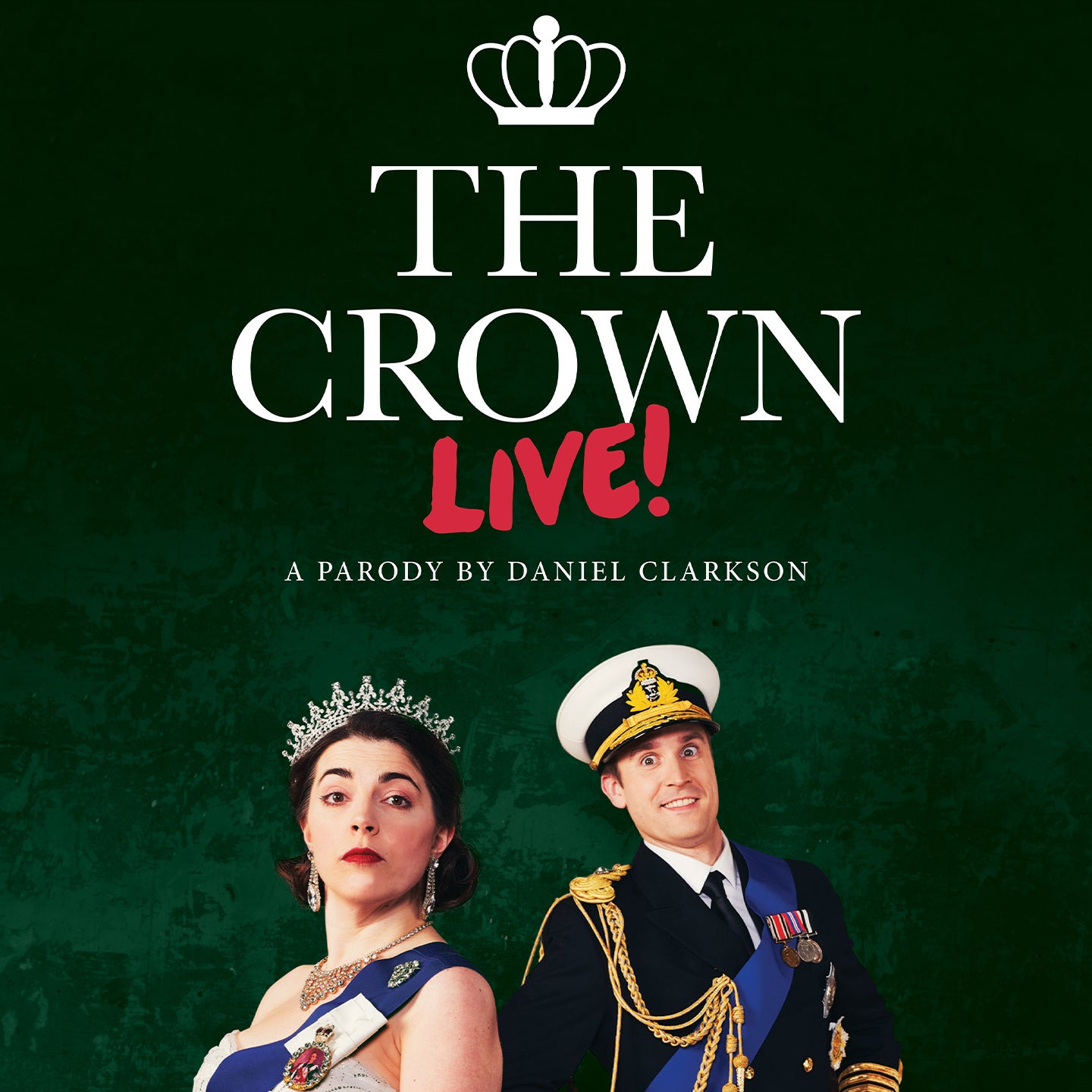 This event has been cancelled. Please be on the lookout for future dates to be added when possible.

A perfect treat for both fans of the show keenly waiting for the fourth season – and for those wondering what all the fuss is about! This new comedy comes from the pen of parodic mastermind Daniel Clarkson, co-creator of Olivier Award nominated hit shows Potted Potter and Potted Panto, and is directed by Owen Lewis, also an Olivier Award nominee for Morecambe and Wise homage Eric and Little Ern.

Having been cruelly overlooked for her dream role as Queen Elizabeth in blockbuster series The Crown, budding starlet Beth brings her own take on the epic story of the Royal Family to the stage instead… with her agent Stanley coerced into playing (almost) all the other roles – from Prince Philip to Princess Margaret, and all the commoners in between.