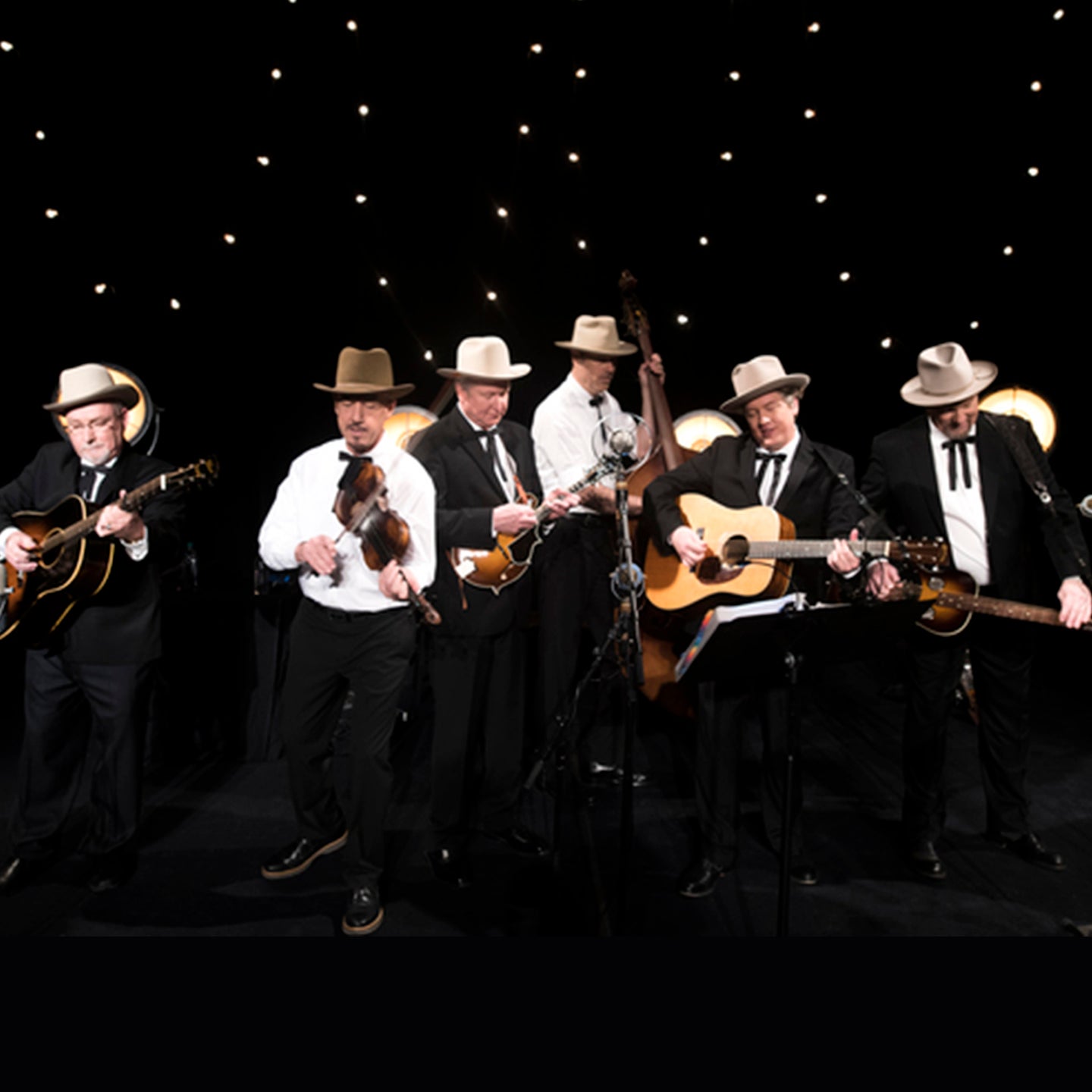 The Earls of Leicester

When the Earls of Leicester formed in 2013, their mission was ambitious but exact: to preserve and promote the legacy of bluegrass legends Lester Flatt and Earl Scruggs, in hopes of reviving the duo’s music for longtime admirers and introducing a new generation to their genre-defining sound. Within a year of releasing their self-titled debut, the Nashville-based six-piece far surpassed their own expectations, winning a Grammy Award for Best Bluegrass Album and earning six awards from the International Bluegrass Music Association. Now, with their first live album, Earls of Leicester offer up a selection of songs that fully capture the pure joy and supreme musicianship that propel their every performance.

Recorded over two nights at Nashville’s CMA Theater, The Earls of Leicester Live at The CMA Theater in The Country Music Hall of Fame bears a boundless vitality that makes songs from over a half-century ago feel irresistibly fresh. Despite the band’s painstaking precision in recreating the catalog of Flatt and Scruggs’s Foggy Mountain Boys, the album unfolds with an easy warmth that honors the essence of traditional bluegrass, which Douglas describes as “music that was meant to be played on back porches.” Earls of Leicester Live is also accompanied by a DVD that shows the complete splendor of their live set: the throwback attire, the off-the-cuff but illuminating between-song banter, the relentless hotfooting required of their stage setup. “Our goal is to go out and reacquaint everybody with the music of Flatt and Scruggs just the way they did it, which means fewer microphones and a good amount of choreography,” says Douglas. “We’re trying to put as much as we can into the music before it even reaches the speakers.”

Made up entirely of songs from 1954 to 1965, Earls of Leicester Live combines classic tunes with more obscure numbers unearthed thanks to the band’s encyclopedic familiarity with Flatt and Scruggs’s body of work. To that end, the setlist includes notorious crowd-pleasers like “Martha White Theme Song” (originally penned as a jingle for Martha White Self-Rising Flour) and “Foggy Mountain Breakdown” (a breakneck-paced, banjo-driven instrumental popularized thanks to its use in Bonnie and Clyde), as well as the harmony-laced “You Can Feel It in Your Soul” and the sweetly crooning “All I Want Is You.” Earls of Leicester Live also serves up several tracks integral to Flatt and Scruggs legend—including “I’m Gonna Sleep with One Eye Open,” a song famously banned from the Grand Ole Opry—along with more oddball offerings like the gracefully sprawling two-part instrumental “Steel Guitar Blues/Spanish Two Step.” And in one of the album’s most poignant moments, the Earls of Leicester deliver the wistfully lilting “Reunion in Heaven”—a song the band performed at Foggy Mountain Boys mandolin player/vocalist Curly Seckler’s gravesite earlier this year, as per Seckler’s personal request.