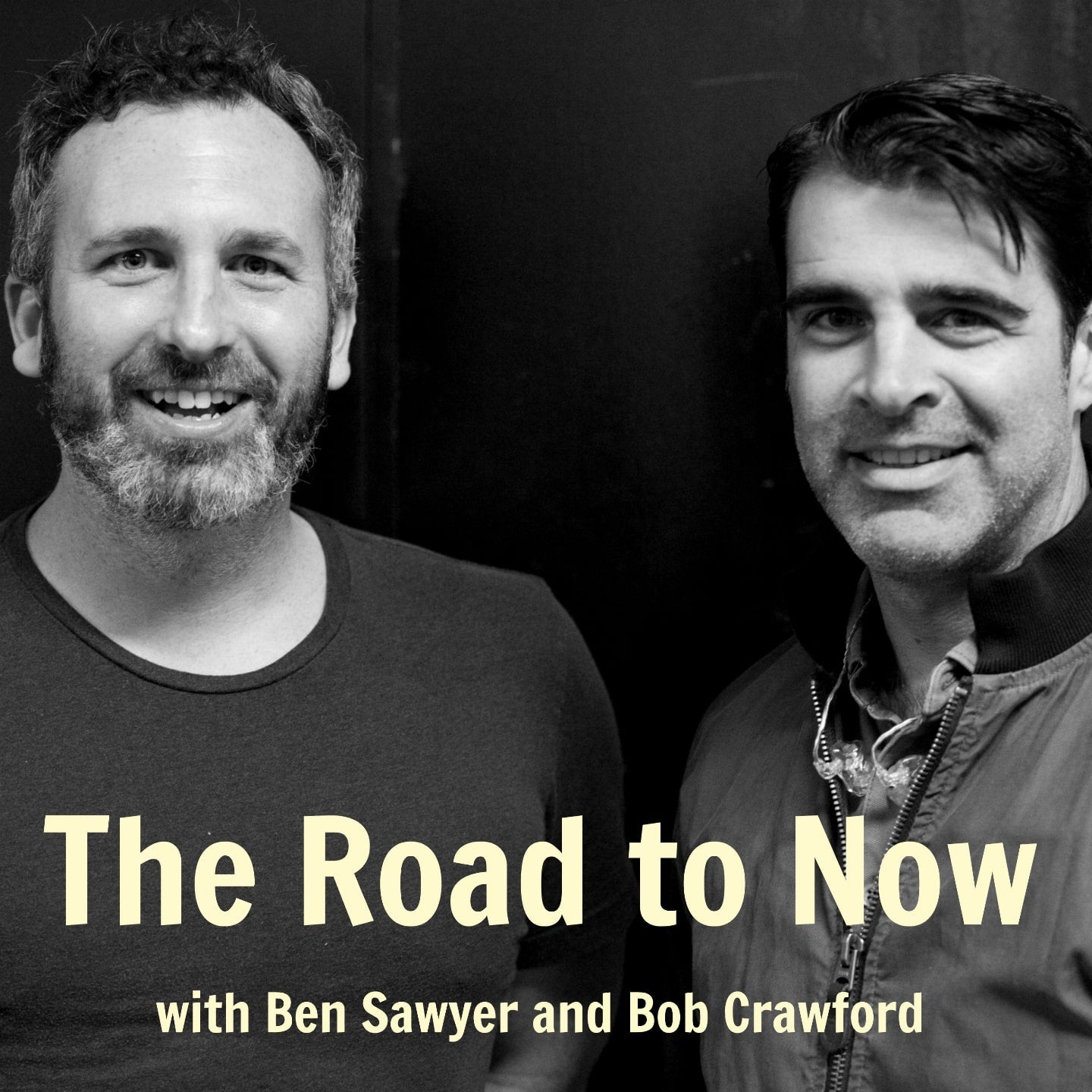 The Road to Now

with Benjamin Sawyer and Bob Crawford

One afternoon in 2006, Bob Crawford and Ben Sawyer sat down in a Detroit coffee shop to talk history. Their discussion ended when Bob had to leave to play a show with his band, The Avett Brothers, but the conversation never stopped. In the years that followed, Bob’s band became one of the most celebrated musical groups in the country, and Ben went from graduate student to a professional historian. In 2016, they decided it was time to take their decade-long dialogue to the public. Their roads converged again, this time in the basement of Bridgestone Arena in Nashville, and they recorded the first episode of The Road to Now podcast.

Since then, Bob and Ben have met up in cities across the country to speak with some today’s great thinkers about the ways that the past shapes the present. They’ve recorded more than 150 episodes of The Road to Now with a wide range of guests, from award-winning historians to entertainment legends to prominent politicians, as an incredible base of listeners have provided the fuel to keep them moving forward.

The Road to Now Live invites those listeners to be part of the conversation. Each show features discussions with great thinkers, along with live musical performances, comedy, and special segments that are unique to each show and venue. In short, RTN Live brings the skills that Bob and Ben have been developing for most of their adult lives together into one show that is both enlightening and entertaining. The conversation goes on, and we hope you will join us as we take it on the road.