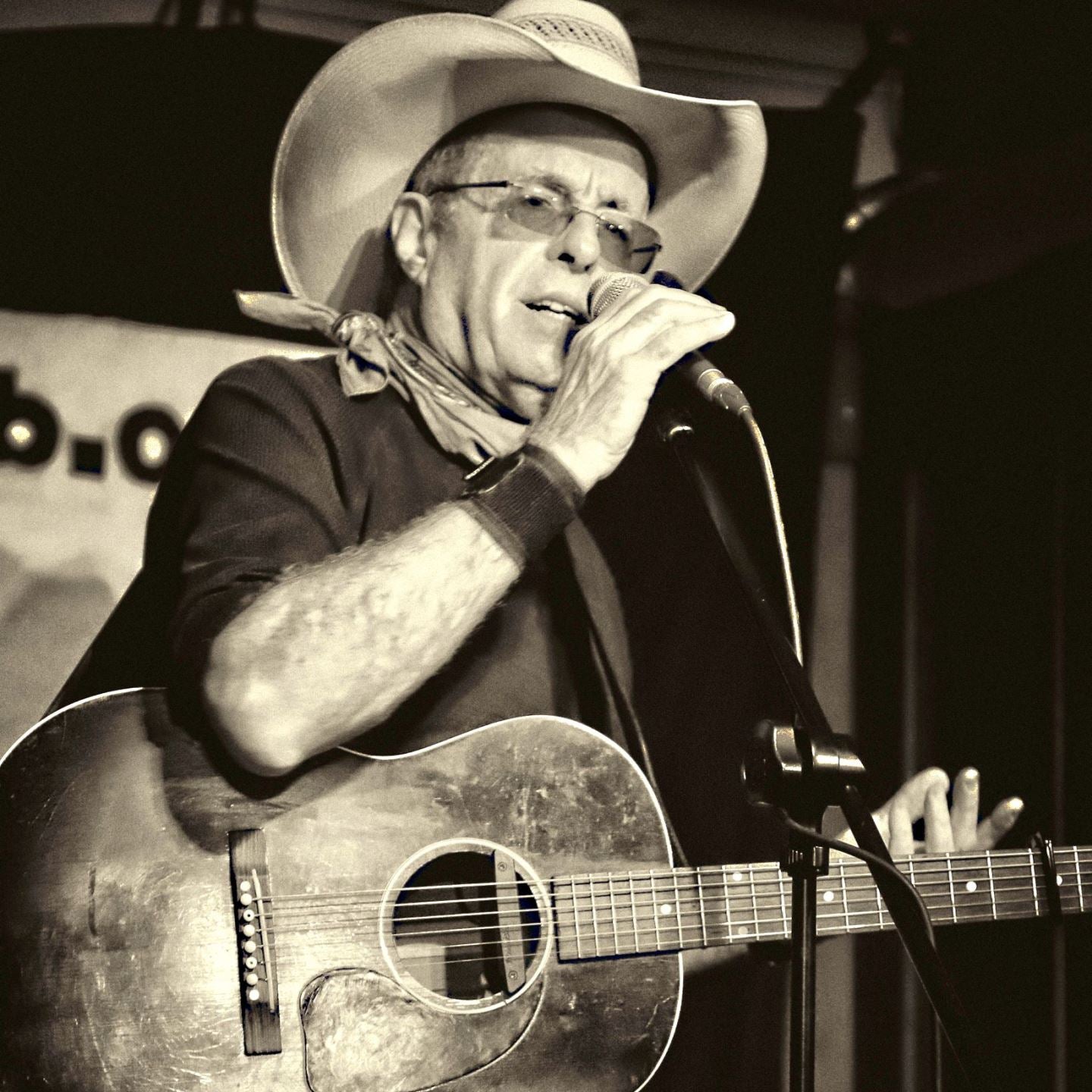 Tom Russell’s latest recording of original compositions, October in the Railroad Earth, is set for CD and vinyl release March 15, 2019, on Frontera Records in North America and Proper Records for the rest of the world. He describes the songs and sound as “Jack Kerouac meets Johnny Cash in Bakersfield.”

Bill Kirchen is featured on lead electric guitar, Eliza Gilkyson adds vocals, and the Grammy® Award-winning Texmaniacs appear on “Isadore Gonzalez,” about a Mexican cowboy who died in England during a performance of Buffalo Bill’s Wild West Show. The record contains nine other originals, including the title song from the Irish film Small Engine Repair, and a cover of the traditional “Wreck of the Old 97.”

October in the Railroad Earth follows the acclaimed 2017 Frontera/Proper album Folk Hotel and Russell’s tribute to Ian & Sylvia on True North Records, Play One More, both receiving worldwide acclaim. Between major releases in 2018, Russell recorded the Bruce Springsteen track “Across The Border” for the three-disc Appleseed Records anniversary sampler, Roots and Branches, and issued a re-recording of early classics on Frontera, Old Songs Yet To Sing.

One of Russell’s previous albums of new original material was the 2015 “folk opera” that Thom Jurek of allmusic.com hailed as Tom’s masterpiece, The Rose of Roscrae. Named “The top folk album of 2015” by Mojo magazine, Roscrae was also lauded as “maybe the most important Americana record of all time” by UK Folk. The album was included in top ten lists of dozens of publications, including the Los Angeles Times.

In 2007, on one of Russell’s five appearances on Late Night with David Letterman, he debuted the controversial “Who’s Gonna Build Your Wall?” which has since gone viral.

Tom Russell graduated from the University of California with a Master’s degree in Criminology and taught Sociology in Nigeria during the Biafran War.

As ruggedly romantic as ever...Russell is a treasure.

Singer songwriter, painter, essayist - Tom Russell has recorded thirty five highly acclaimed records, & published five books - including a book on his art and a book of his songs. Tom Russell songs have been recorded by Johnny Cash, Doug Sahm, Nanci Griffith, K.D. Lang, Ramblin' Jack Elliott, Ian Tyson, Iris Dement, Joe Ely, and a hundred others. Tom Russell graduated from The University of California with a Master's Degree in Criminology. He was recently awarded the 2015 ASCAP Deems Taylor Award for excellence in music journalism & has appeared on Late Night with David Letterman TV show five times.

"These songs on The Tom Russell Anthology 2: Gunpowder Sunsets leaves me in anticipation of whatever might be coming next from the best songwriter of my generation." Mike Regenstreiff, Montreal Gazette, Sing Out (June 2016)

"Tom Russell is Johnny Cash, Jim Harrison and Charles Bukowski rolled into one. I feel a great affinity with Tom Russell's songs, for he is writing out of the wounded heart of America."Lawrence Ferlinghetti (Poet)

"Tom Russell is an original, a brilliant songwriter with a restless curiosity and an almost violent imagination. “Blood and Candle Smoke” is vintage Russell, and the Graham Greene connection is a ‘beaut." Annie Proulx (The Shipping News, Brokeback Mountain)

"How great is Tom Russell? Isn't he the best? I'd like to quit my job and travel with him...if the money can be worked out..." David Letterman, Late Night with David Letterman